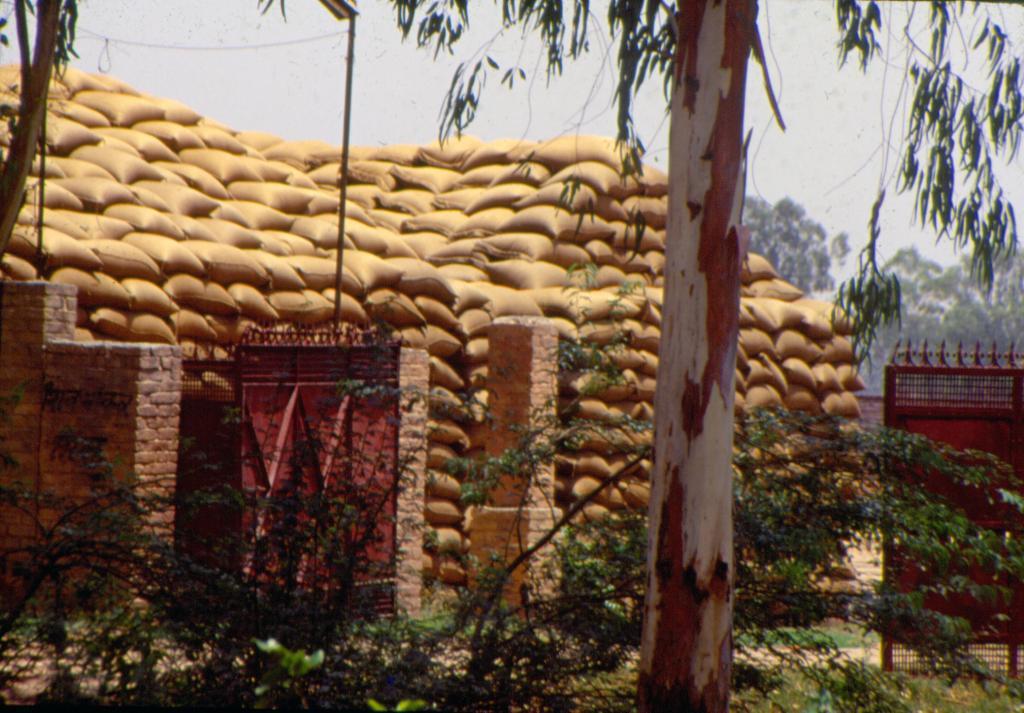 India may face a rice shortage following a similar wheat crisis earlier this year. Depleting stocks of wheat and paddy has raised concerns about the Kharif paddy procurement despite constant reassurances by the government.

The procurement target was incomplete for the Rabi season 2021-22, which affected the wheat stock. There is similar confusion over paddy production during the Kharif season, which indicates a shortage of rice.

The production of rice may decline by 6.05 per cent compared to last year, according to the first estimate of food grain production released by the directorate of economics and statistics under the Union agriculture ministry.

However, the estimates were calculated before heavy rains in the last week of September. There was a lot of damage to finished paddy crop due to heavy rains in north India September 22-23.

Rain particularly affected crops in Punjab-Haryana, which is a major contributor to the government stock.

The government began procuring paddy in Punjab-Haryana October 1, 2022. However, farmers are still waiting for paddy to dry from the rainwater.

“Farmers are not sure of reactions by mandi (market) workers when we bring soaked grains,” said Jogendra, a farmer of Ballabhgarh, Haryana. Government agencies do not buy paddy if there is more moisture than the prescribed amount in the grains.

There were two reasons behind the wheat shortage: A decrease in wheat production due to severe unseasonal heat in March-April and the global food crisis due to the Ukraine-Russia war.

Wheat prices had shot up globally following the war and private traders directly bought wheat from farmers to take advantage of the hike. The government later banned its export.

The pattern is repeated with paddy. Rice prices have been driven up as the war and the global food crisis continue.

The retail price of rice has increased by 8.39 per cent as compared to last year, showed data from the central government. Wholesale prices have gone up by 8.85 per cent. Bringing down rice prices during the festive season is the real challenge for the Centre.

Private traders have started contacting farmers to buy rice directly as demand for it is increasing. A rice trader from Hodal, located on the Uttar Pradesh-Haryana border, on condition of anonymity, said he has started procuring paddy at a price higher than the minimum support price (MSP).

As its procurement has stopped, there is no possibility of increasing wheat stock. However, the government is also supposed to distribute wheat under the National Food Security Act.

This means that the quantity of wheat in the stock will come down to 18.47 million tonnes as on January 1, 2022, while as per the buffer rules, 13.8 million tonnes of wheat is required in store.

The Centre has increased the quantity of rice distributed in the public distribution system to maintain the wheat buffer numbers.

Food Corporation of India’s stock will comfortably exceed the buffer norms even after meeting the stock requirement under NFSA and other welfare schemes, claimed the food ministry.

Given the slowdown in production and active purchase of rice by private traders, whether the procurement target will be met remains to be seen.

The government also seems concerned about procurement. Secretary for the Union food ministry Sundhashu Pandey has been on a tour of Tamil Nadu for the past four days. TN is the only state where rice production has been good this year. Around 0.2 million tonnes of rice has been procured from the state till now.

This is likely the reason the export of broken rice was banned. India tops the world in terms of rice exports and in 2021-22, India exported 212.3 million tonnes of rice.