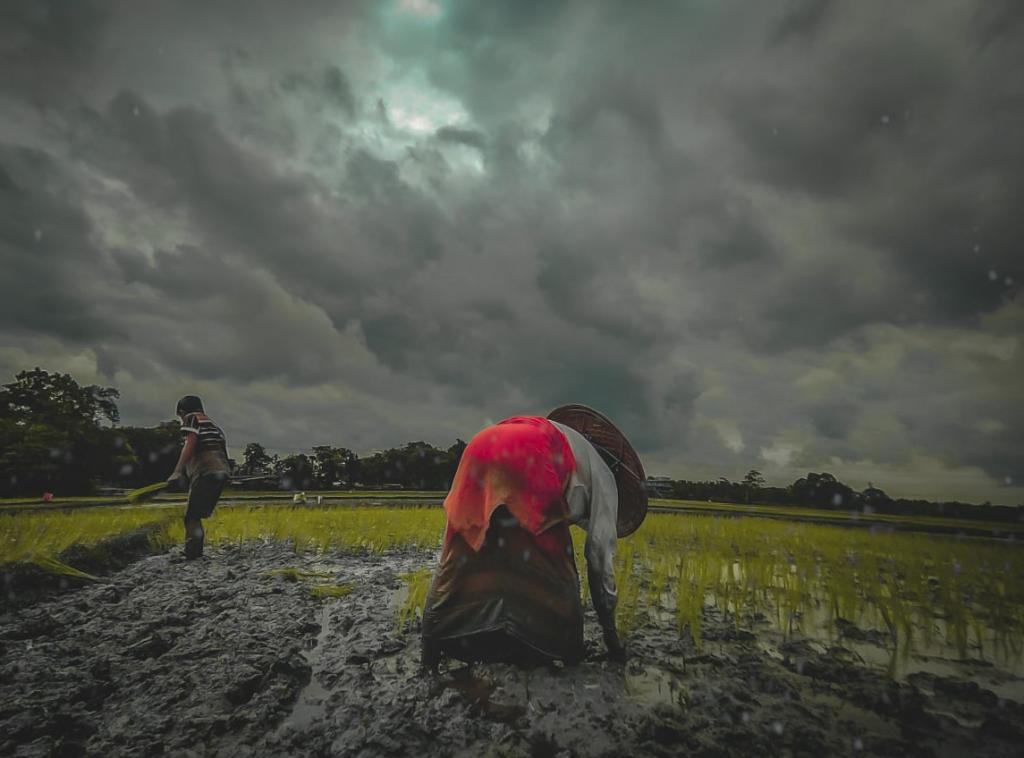 Farms in Assam were destroyed by the incessant monsoon rains this year. Photo: Wikimedia Commons

Unusual rainfall trends in the pre-monsoon and monsoon showers this year have affected agriculture in the North East. Mixed agricultural practices in many areas have, however, helped balance crop yield despite the erratic rains from March through July.

Farms in Assam were destroyed by the incessant monsoon rains that submerged large parts of the state earlier this month. The state faced prolonged and devastating floods in the critical period of agriculture activities, even though heavy pre-monsoon showers had helped prepare fields for Kharif paddy cultivation.

Usually, the North East receives about 20-25 per cent of its annual rainfall in the pre-monsoon period. But this year, it was 62 per cent above average — the highest in the last 10 years, according to India Meteorological Department.

However, the southward migration of monsoon trough in monsoon 2022 caused deficient rainfall across 90 per cent of districts of the North East states.

Heavy rain in May and June had affected the Boro harvest as well. The flooding has delayed the Kharif cultivation of paddy and rice yield is expected to be significantly affected this year.

Most rice nurseries were damaged due to floods, causing an inevitable shortage of rice seedlings for normal transplanting in Tripura and Assam. Assam’s agriculture department has set up community nurseries where submergence tolerant rice varieties like Ranjit sub-1, Bahadur sub-1, Swarna sub-1, Jalashri and Jalkuwari were sown, said Deka.

“Anticipating a flood or drought-like situation in August, we have recommended short-duration rice varieties like Luit and Disang, which can be transplanted till the first week of September without any risk to the yield,” he said.

Arunachal Pradesh saw a deficit of 68 per cent in the pre-monsoon rainfall. This had a mixed impact on the farming system, said Kaushik Bhagawati, a technical officer of Indian Council of Agricultural Research (ICAR) in Basar.

Bhagawati pointed out that low rainfall delayed the sowing of summer vegetables, but it favoured the clearing of forest and land preparation for Jhum cultivation in Arunachal.

The state had received an exceptionally high amount of rain in April, 127 per cent above average. This had a very adverse impact on agriculture, especially on newly sown summer crops.

June saw abnormally high rainfall, 64 per cent above average. This was detrimental mainly for paddy cultivation in the region as it submerged the wet-land rice fields and nurseries.

The standing paddy crops in Jhum cultivation were reportedly damaged by surface run-off. Maize production was also damaged by high rainfall in May and June.

Pre-monsoon rainfall in Tripura was 11 per cent above normal. It affected the yield of vegetables but favoured the raising of paddy seedlings, said  Dhiman Daschoudhuri, technical officer of Gramin Krishi Mausam Sewa (GKMS) of ICAR Tripura.

GKMS is an IMD initiative to give modern and scientific knowledge of weather and climate to farmers.

However, the monsoon rain has been in deficit. “Transplanting the seedlings is a problem as fields have turned dry. But the scanty rain will help harvest a good yield of vegetables,” Daschoudhuri said.

Read more: Madhya Pradesh farmers were craving rain; now they fear too much of it

Earlier, the farmers in the country’s North East depended on traditional knowledge to understand the weather patterns. But the rainfall patterns are shifting now. GKMS has helped make this knowledge modern and scientific.

Now, at least 10 lakh farmers of the region are directly linked with the system and get real-time weather alerts on both a long and short-term basis. This helps them minimise the losses in the farm produce.

Rainfall in Meghalaya, almost double the April-June average, helped in crop production on the hilly slopes. However, Debasish Chakraborty, agriculture scientist of ICAR Baramani said, “Heavy rainfall is having adverse impact on agriculture.”
The rainfall went 70 per cent into deficit in July, which will have a significant impact on rice production this year.

Abnormal temperature variation was also noticed across Meghalaya, which might also affect yield.

Deficit rainfall in monsoon has delayed the sowing of Kharif paddy, she said. A similar situation happened in March when rainfall was 90 per cent below normal and affected summer agriculture.

Manipur and Mizoram also recorded deficit rainfall between March and June, but in July, the rain in Mizoram was close to average, said Samik Choudhuri, technical officer for GKMS in Mizoram.