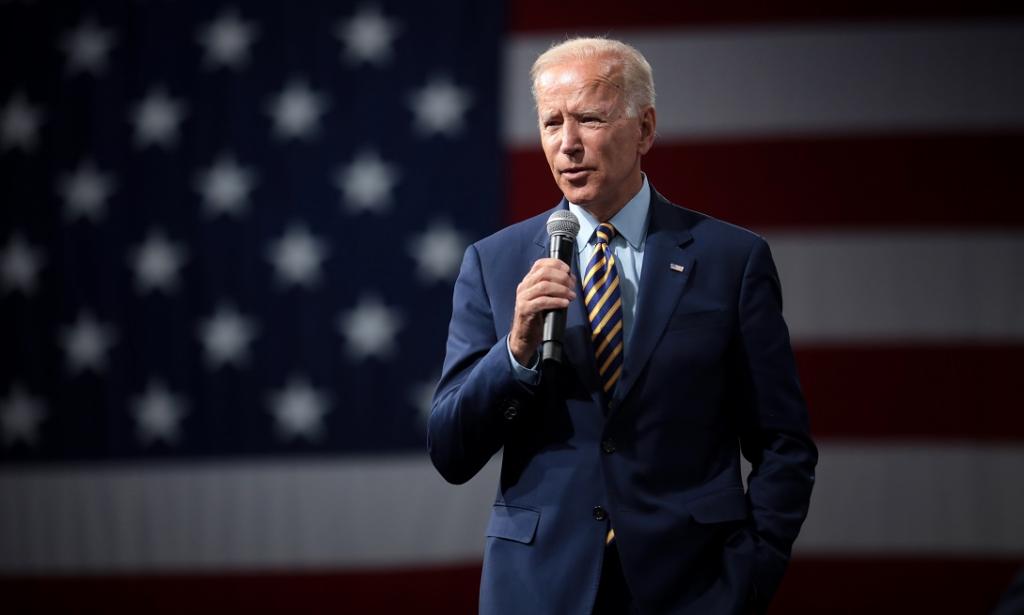 As the world’s foremost climate change denier, if Donald Trump was to win the 2020 United States (US) election and get four more years as the 46th President of the United States (POTUS), there is less than nothing to hope for.

Stopping dangerous climate change, curbing global warming below the range of 2.4-3.6 degrees Celsius and contributing constructively in the the 26th Conference of the Parties (CoP) to the United Nations Framework for Climate Change (UNFCCC) at Glasgow in 2021 will be a pipe dream.

Democratic presidential candidate Joe Biden, if elected to power in the November elections, has pledged to rejoin the historic Paris Agreement on climate change and set new standards towards reducing carbon emissions.

The 2015 Paris Agreement’s long-term temperature goal is to keep the increase in global average temperature to well below 2°C (3.6°F) above pre-industrial levels and to pursue efforts to limit the increase to 1.5°C.

“While he (President Donald Trump) turned against our allies, I’ll bring us back into the Paris Agreement. I will put us back in the business of leading the world on climate change and I will challenge every other country to up the ante on climate commitments,” Biden said in a major policy speech on climate change.

While not perfect, a Biden presidency is essential to get the US and by extension, the world back on track in mitigating climate change during the era of a post COVID-19 recovery.

Essentially, the Biden administration would have to reconstruct the US’s position in the climate process. Much of his first term would go into undoing the damage caused by Trump’s tenure as President of the US and get the country to rejoin the Paris Agreement.

Other counties are revising their Nationally Determined Contributions (NDC) and establishing ambitious Net Zero plans. With the European Climate Law enshrined in legislation, the EU is set to be the first climate neutral continent by 2050.

President Xi Jinping in October 2020 announced China’s commitment to peak carbon emissions by 2030 and achieve Net Zero emissions by 2060. Japan is the latest country to pledge their net zero emission ambitions by 2050, which is a major policy shift for the island nations.

The US has a lot to catch up on. The swearing-in ceremony for POTUS 46 is expected to be in January 2021, which is the earliest the country can start the legal proceedings of re-entering the Paris Agreement (if) Biden is elected to office.

In April 2016, under President Obama, the United States became one of 196 signatories to the Paris Agreement and set its NDC target of reducing emissions by 26-28 per cent below 2005-levels by 2025. As part of the Paris Agreement, the US also committed $3 billion to the Green Climate Fund (GCF).

Both of these targets have been rolled back by Trump and all mention of them scrubbed from all government websites. On November 4, Trump’s administration has withdrawn from the Paris Agreement, a day after the US elections.

Joe Biden has categorically stated that he will not ban fracking in all US states and will continue with the Obama era policy of the use of natural gas as a bridge fuel to wean the US away from fossil fuels.

Fracking for natural gas has a huge cost to the environment and carries major environmental risks. Some of these include causing earthquakes, escape of carcinogenic chemicals and contaminated groundwater, leakage of methane, as well as the significant environmental cost to get the water transported to fracking sites.

The expectations from the US in the climate discourse from four years ago was limited to their contribution in the GCF and the NDCs, both of which Trump scrapped. However, the focus now is on a climate positive action-oriented approach to categorically restrict global warming to 1.5°C.

Joe Biden’s Plan for Climate Change involves the US achieving a 100 per cent clean energy economy and reaching net zero emissions no later than 2050. At this time, Biden needs to form a concrete plan to transition the US away from this polluting bridge fuel as well as from fossil fuels towards renewable energy. Perhaps honouring a net zero plan is too ambitious for the US considering the damage done by Donald Trump.

Instead, Biden needs to focus at the very least on reducing GHG emissions through the use of excessive fossil fuels to a limit where the potential of natural sinks can be harnessed and a conservative estimate of the technological potential to remove carbon dioxide at scale.

Joe Biden has vowed to get other countries to make more ambitious targets to keep global warming to a maximum of 2oC. In a post-Trump world, the bar for the United States to participate as a climate leader is set very low.

Under these extraordinary circumstances, the Biden presidency needs to focus on bringing the US back on the negotiating table and providing a clear momentum for UNFCCC’s CoP 26 next year in Glasgow.