Farm laws repeal: How the farmers’ protests unfolded in a year 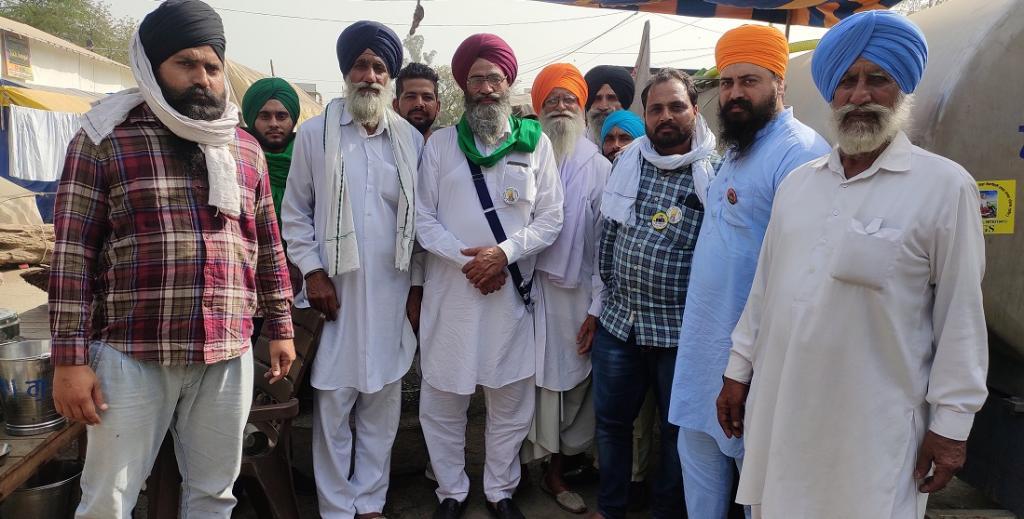 Finally, Delhi has been won. Farmers from various states of India, particularly Punjab, Haryana and Uttar Pradesh, who have been camping on the borders of Delhi for almost a year, were in store for a ‘Gurpurab gift’ after Prime Minister Narendra Modi announced the repeal of the three draconian farm laws November 19, 2021.

It has been a year-long odyssey for the farmers. But how did it all come about?

It all started when the Narendra Modi government pressed ahead with numerical superiority to clear the agriculture-related Bills in the Lok Sabha September 17, 2020 despite acute opposition both within and without Parliament. In protest, Union food processing minister Harsimrat Kaur Badal resigned.

Farmers held their first protest against the laws September 25. On October 20, the Punjab government passed three bills of its own to counter the three agriculture related laws, becoming the first state in the country to do so.

The three bills essentially provided that no sale or purchase of wheat and paddy — Punjab’s two major crops — would take place below the minimum support price (MSP).

Then, on November 25, thousands of farmers from Punjab, Haryana, Uttar Pradesh and Uttarakhand moved towards the national capital, a day before their ‘Delhi Chalo’ (Onward to Delhi) agitation.

The police continued to use coercive measures against farmers trying to reach the national capital from various parts of the country as part of their ‘Delhi Chalo’ protest rally November 26-27.

On Constitution Day (November 26), Haryana police used tear gas and water cannons against farmers in Ambala and Kurukshetra as they tried to reach Delhi.

Farmer leaders December 9 rejected the draft amendments presented by the Union government and reiterated the demand of a complete repeal of the three farm laws and the proposed Electricity (Amendment) Bill, 2020 along with a written assurance of minimum support price.

Various rounds of talks between the farmers and the Centre ended in deadlock.

On January 12, 2021 the Supreme Court announced the formation of a four-member committee to examine the concerns of farmer unions and hold talks between them and the Centre.

The government for the first time January 20, offered to put the three laws on hold for one-and-a-half-years during which a committee would deliberate on them.

On January 22, the Centre gave farmer unions 24 hours to get back to it on its proposal to ‘hold’ the contentious farm laws for 18 months.

On January 26, Republic Day, there were scenes of violence as farmers stormed the Red Fort in Delhi and hoisted a Sikh religious flag on top during their tractor rally. One farmer died in the violence.

On January 28, the government started to crackdown on farmer leaders and at protest sites two days after the violence during the Republic Day tractor rally.

Around 50,000 women farmers joined their male counterparts at Singhu and Tikri on the borders of Delhi March 8, 2021 to celebrate their unique and long-standing participation in India’s largest farmers’ protest.

The protest continued in the following months even as the wheat harvest began, with farmers making arrangements for others to harvest their crops in their absence.

The protests continued even as the second wave of the novel coronavirus disease (COVID-19) swept the country.

On May 26, the sit-in protest completed six months, which the farmers observed as a ‘Black Day’ and vowed to continue the agitation.

On August 26, the protests by farmers camped at Singhu, Tiki and Ghazipur on the border of Delhi completed nine months.

According to the Samyukt Kisan Morcha (SKM) that led the protests, more than 537 participants had died as of July 10.

The SKM led farmers unions in a ten-hour-long ‘Bharat Bandh’ September 27, marking a year of the passage of the laws in Parliament.

A complete shutdown was reported from states like Punjab, Haryana, Kerala and Bihar, according to SKM. All kinds of institutions, markets and transport were closed in these states from 6 AM to 4 PM.

On November 19, Prime Minister Modi announced the repeal of the laws.