Making sense of energy conservation in Jammu and Kashmir

Homes in the Union territory are not designed to conserve energy and ensure proper heating, resulting in little conservation of energy, say several experts 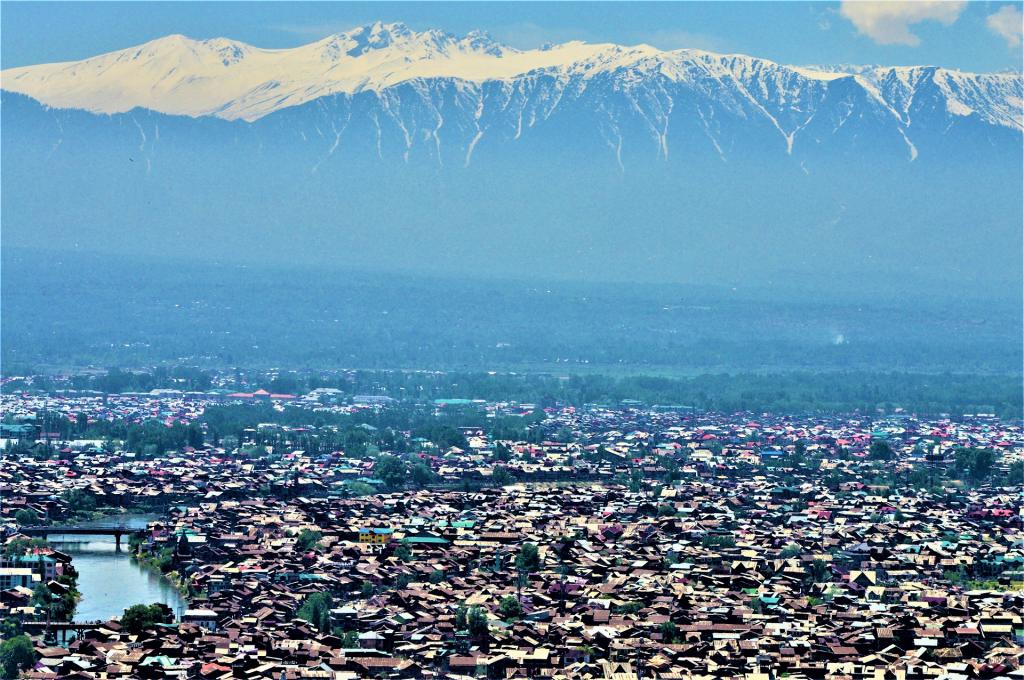 A part of downtown Srinagar in Kashmir. Homes in the city and across Kashmir are not designed to fulfil proper heating and energy conservation needs. Photo: Athar Parvaiz

A lot of loopholes need to be plugged if energy conservation in Jammu and Kashmir must be followed in letter and spirit, said several experts from the region. “Electricity is life: Conserve it,” said a slogan on the website of Jammu and Kashmir’s power development department (PDD). The ground reality in the Union territory was, however, not in tandem with this slogan, even though department officials said they did take measures in recent years.

Industrial use of electricity was minimal in Kashmir, with electric energy primarily consumed domestically for heating, cooling, cooking, lighting, etc. Heating accounted for a considerable percentage of electricity consumption in the region, known for its long and harsh winters spanning over five months.

“We waste a significant amount of energy in all consumption areas, including heating, cooking and lighting,” said Iftikhar Drabu, a senior engineer from Kashmir. Cooking, cooling and heating were areas where consumption can potentially be reduced by more than 70 per cent, according to Drabu.

Heating of rooms, of water — through boilers and geysers — and cooking on electric heaters comprised around 75 per cent of domestic electricity consumption, Drabu explained. “We can reduce the energy consumption with proper usage and retro-fitting, including insulation of walls and proper window construction with thick double glazing,” Drabu said.

He said the usage of hybrid sources, including solar power and electricity, can result in huge savings. Solar energy was one source that remained under-utilised as homes in Kashmir were not designed to capture and capitalise on solar energy, according to Drabu.

This form of energy — used minimally by residents for heating water — must be popularised in Kashmir because of intensive consumption during the winter season. “We can make good use of it even in winter, though solar energy needs to be augmented with electric power,” he said.

Ghulam Hassan Mir — joint commissioner at Srinagar Municipal Corporation (SMC) and a trained architect with international exposure — admitted homes in Kashmir were designed in a way that did not fulfil proper heating and energy conservation needs.

“No building audit has been carried out in Srinagar so far. So, we don’t have the advantage of data with us,” he said. “But yes, our buildings were designed in ways that made it impossible to capitalise on solar energy and have proper heating with minimal energy use,” Mir added.

He cited the example of doors in windows in homes in Srinagar and across Kashmir. “Doors and windows have wide crevices that are responsible for a lot of heat loss. Forget about architectural nitty-gritties like insulated walls or glazed windows, ideal for a cold climatic zone such as Kashmir,” Mir said.

The SMC was trying to ensure people make good use of natural resources like solar energy and design their homes properly, according to Mir, who said the installation of solar lights was a pre-condition for handing out building permits.

Sameer Maithel — director of Delhi-based research and advisory firm Greentech Knowledge Solutions Pvt Ltd — worked in Kashmir in recently. He said the use of insulation in walls and roof was a must in Kashmir to reduce loss of heat to the outside from inside during winter.

Houses must be designed in a way that they had windows or sun-space, located strategically to allow solar energy to heat buildings during the winter, Maithel said. “The windows have to be double-glazed to provide insulation. They should be tightly fitted so they don’t allow cold air to enter during winter,” he added.

Drabu pitched for retro-fitting in institutional buildings like hospitals, which he said can help conserve energy significantly. “Huge savings can be achieved in initial capital cost of heating and in running costs. We can recover the costs of retro-fitting in three-four years,” he said.

Hashmat Qazi, PDD’s chief engineer, said the choice of devices can play a big role in saving energy. “A lot of energy can be saved using energy-friendly devices like water heating by geysers which have a thermostat. Devices without thermostats must never be used,” Qazi said.

“We have to make sure people use energy-friendly, thermostat-based devices for heating, while 3-star- or 5-star-efficient appliances must be used for conservation of energy in the case of refrigerators, air-conditioners, washing machines, etc,” he said.

Qazi said energy consumption in Kashmir jumped to more than double — to 2,300 MW during winter from 1,100 mega-watts during summer — because of energy use for water and room heating. A lot of this energy, however, was unaccounted for, he said.

“We are working on stopping energy theft completely. In the world you get nothing without measuring and weighing or without a price tag. So, in the case of electricity, each unit must be accounted for,” he said.

Around 50-60 per cent electricity was misused across Kashmir because people don’t follow the norms of electricity consumption, according to Qazi. People usually kept their heating devices switched on for hours, even if they needed to use the device to heat water for two hours, he said.

Discussing lighting, Qazi said the PDD carried out a retro-fitting programme under the Unnat Jyoti by Affordable LEDs for All (UJALA) scheme. “Over 95 per cent of our targets were achieved by selling 7.2 million light-emitting diode bulbs to people across Jammu and Kashmir,” Qazi added.