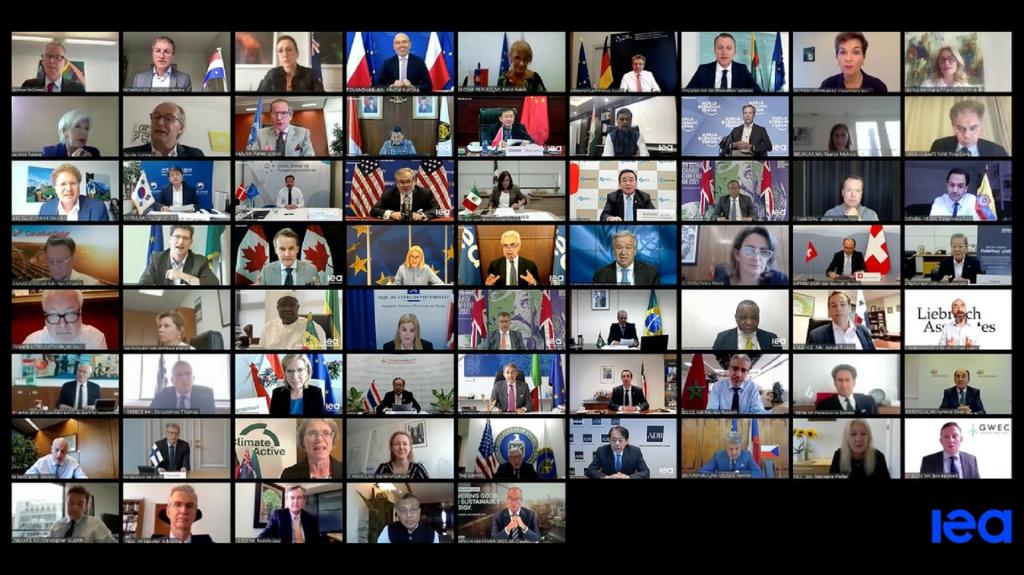 Ministers of the world’s biggest energy consumers, including China and India, were among the high-level participants in the IEA Clean Energy Transitions Summit. Photo: iea.org

The International International Energy Agency (IEA) July 9, 2020 organised a Clean Energy Transition Summit that brought on board several countries to discuss their economic recovery plans in the wake of the novel coronavirus disease (COVID-19) pandemic.

Energy and transport sectors are the biggest contributors of carbon dioxide (CO2) emissions in the atmosphere and account for close to half of the total emissions. The summit was an attempt to encourage participating countries to build their recovery plans and investment strategies in-line with clean energy transition goals.

Despite the effects of the pandemic, China — currently the biggest polluter in the world — has seen a growth in crude oil and natural gas production.

“With the great turbulence in the global market, the oil and gas inputs in China grew somewhat compared to last year,” Zhang Jianhua, the Chinese minister who holds the power portfolio, said at the summit.

“From January to May, crude oil and natural gas inputs increased by 5.2 per cent and 1.9 per cent year-on-year and we expect a moderate growth this year,” he added.

“We are sure the pandemic will bring more attention to fighting climate change and optimising the energy mix,” said Jianhua.

A transition to clean energy post-COVID-19 was a complicated and challenging undertaking, he said.

The Chinese energy sector has taken measures to resume consumption, ensure a stable supply of energy and attempting to maintain the energy market since the onset of COVID-19.

China has launched a set of policies to secure investment in the energy sector and continues to build energy infrastructure projects with a focus on renewables and a move towards green and low-carbon energy consumption.

The country will integrate an additional 85.1 gigawatts (GW) of wind and photovoltaic energy into the grid this year, taking the cumulative installed renewable energy capacity to 850 GW.

Despite this, the consumption of natural gas in June was higher, with coal consumption being at par with the last year. China saw a seven per cent year-on-year increase in daily electricity consumption in the same month.

The country is set to launch its 14th Five Year Plan from 2021. It is important that China commits to green and low-carbon transition in the energy sector.

“Decisions taken in China are of course important for China, but given the size of the economy and being largest energy consumer, it will affect all of us,” said Fatih Birol, the executive director of the IEA.

The island country extended active support to global decarbonisation by providing technology and financial support. Japan's potential for renewable energy, however, is quite limited. It plans to explore off-shore wind prospects.

“India has the aim of installing 40 per cent of its total power generation capacity as renewable by 2030 and we are already at about 38.5 per cent,” he said.

“India will install 60 per cent of total capacity as renewable by 2030. We have the highest growth of renewables in the world and 133 GW capacity is either installed or is in pipeline,” he added.

India saved 155.2 million tonnes of CO2 emissions and 140.6 billion units of electricity through three energy efficiency programs, according to Singh. These programmes are the programme on appliance standards and labeling, programme to convert 11 million street lights to light-emitting diodes and one for energy efficiency in industries.

In the present crisis, it is imperative the countries embark on clean and green recovery, come together and cooperate to build back together and better.