Can biotechnology help feed the world’s hungriest region—Asia and the Pacific? 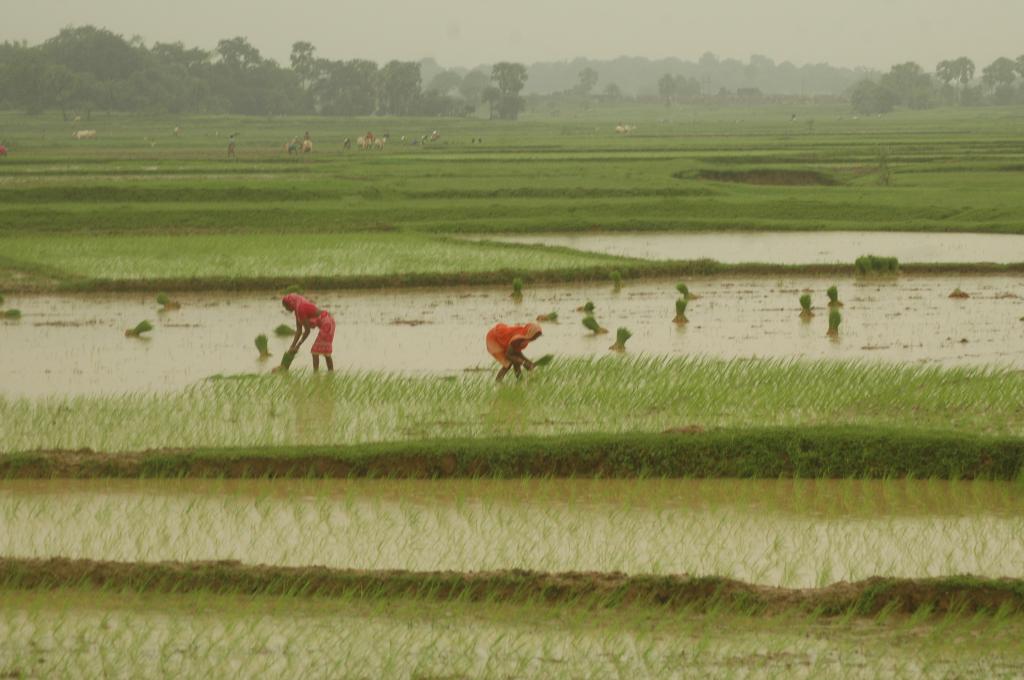 In several countries in Asia-Pacific, floodwater incursions into rice paddies has long been a major problem (Agnimirh Basu/CSE)

As an economist by profession, understanding the complex world of agricultural sciences involves a learning curve. When we talk about employing biotechnologies in agricultural production and sustainable food systems for better nutrition it’s easy to get lost in the jargon. You’ve probably heard some of it—use of molecular markers, microbial food fermentation, reproductive technologies in livestock, DNA-based kits to diagnose diseases in farmed fish and of course genetic modification.

For our part, at the UN’s Food and Agriculture Organization (FAO), we are encouraging governments, researchers and the private sector to take bold steps to ensure safe, evidence-based agricultural biotechnology is placed into the hands of smallholder farmers, fishers and pastoralists.

And we need to get on with that now, as our Asia-Pacific region is increasingly facing some predictable and unpredictable results of climate change and the future effects these will have on agricultural production, particularly for smallholders who are the least equipped to deal with climate-related shocks.

The challenges we already face are enormous, and that’s why we need to make use of all available technologies that we know are safe – both old and new. This region has nearly half a billion hungry and malnourished people—more than 60 per cent of the world’s total. Consider the 2030 deadline to deliver all 17 of the world’s Sustainable Development Goals, and the 2050 mid-century point where our children will be living among some nine to ten billion people competing for limited natural resources and you get the picture.

FAO has a number of good case studies on the use of agricultural biotechnologies, but I want to look at just two here.

In several countries in this region, floodwater incursions into rice paddies has long been a major problem. But scientists at the International Rice Research Institute, working with partners, have developed a version of rice that can still thrive when submerged in floodwater. This flood-tolerant rice, known better by its nickname “Scuba Rice” is a good example of how scientists and farmers can come together in tackling some of the more complex problems that the environment can throw at those who often struggle to produce the food we eat each day.

In India, some 10 per cent of the land used for growing rice is prone to submergence leading to low rice yields and sometimes complete loss of the crop. Using molecular markers, which enable genes to be associated with the traits they encode, IRRI’s scientists and partners were able to identify the gene responsible for this tolerance when submerged. In short, through breeding techniques, the gene for submergence tolerance could be bred into popular rice varieties, generating new submergence-tolerant rice without losing flavour and still producing high yields. It is now grown by millions of farmers in India. Other rice varieties tolerant to submergence are being grown in Bangladesh and Viet Nam.

In Thailand, a global seafood hub, breeding a hybrid catfish using artificial insemination from two species has resulted in a hybrid which performs better than the average of either parental species. Researchers noted that the local Thaibroad-headed catfish, a favourite food due to its favourable colour and texture, was slow to grow and susceptible to diseases, making it difficult to culture on a commercial scale. By contrast, the African sharp-tooth catfish, was known for its high growth rate and low susceptibility to diseases. Breeding the two catfish species together has resulted in a ‘hybrid vigour’ (both palatable and fast growing), making it ideal for aquaculture in Thailand. Production of hybrid catfish has skyrocketed from less than 18,000 metric tonnes in 1990 to more than 150,000 metric tonnes.

Use of this biotechnology has created a huge expansion of aquaculture and related industries in Thailand and has provided greater access to high-quality protein food for poorer people in rural areas.

With the clock ticking toward 2030 and 2050 goals, FAO is convening high-level regional meetings on agricultural uses of biotechnologies to achieve sustainable food systems and better nutrition. The first such meeting is taking place in Kuala Lumpur, September 11-13, co-organised by FAO and the Malaysian government. The purpose is to offer an open and neutral forum for the exchange of ideas and practices between representatives of member countries, intergovernmental organisations, research institutions, farmer organisations, cooperatives, academia, civil society and the private sector. The participants will study examples where the use of biotechnologies has worked well and areas where it has worked less well in the production of crops, fisheries, forestry and livestock. With more than half a billion hungry and malnourished people in this region, we need to work together while looking at all forms of food production, and without delay.