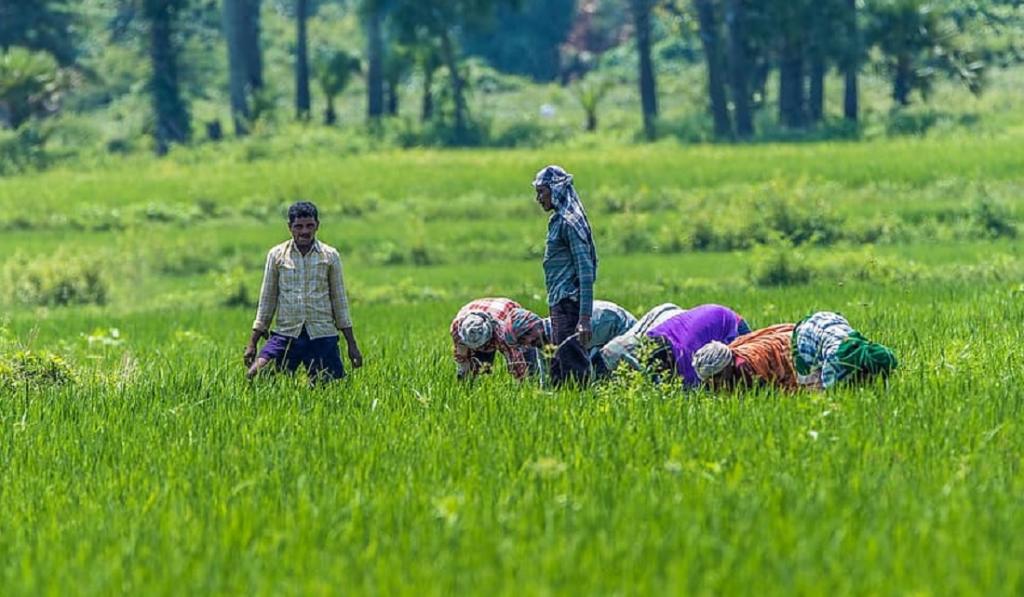 The ongoing agitation by farmers on the borders of Delhi provides an opportunity to flag concerns about various aspects in the agriculture sector, including the environment, society, economy, food security and risk coverage for farmers.

Several commentators have already spoken about the 2020 farm laws, supported by statistics, and experience. Many of these claims are not unfounded and should be seriously examined by all concerned.

Let us look at some of the socio-ecological concerns that need a serious relook.

The farm laws limit the risks in the agriculture sector to pricing mechanisms while climate, environment and food security concerns are not taken seriously.

The missing element in the entire policy process is the absence of ‘mitigation standards’ for different agro-ecological zones.

Such a norm will help define the role of farmers, private players, market and insurance companies to fulfil risk protection compliance. Risks can only be minimised but never altogether averted.

In the absence of scientific risk mitigation standards, farming turns into a gamble that cannot be wished away by the laws.

Insurance companies, the primary actors in risk coverage, need to be sustained to design and promote appropriate packages that navigate possible risks and minimise exposure.

The operational crop insurance launched with much fanfare have failed to deliver, as none of the stakeholders have come out unscathed.

Faith in insurance is at its lowest when it is needed the most. When mitigation standards are made mandatory, all concerned parties will need to be vigilant.

Aggressive crop yields need to be scaled down to a realistic environmental threshold. The choice of crop type, plant variety, farm inputs and outputs will then be rationalised.

While climate change and environmental degradation trigger agrarian distress, market forces' greed, price fluctuation, indebtedness and irrationality of insurance packages turn it worse. Risk insurance for all farms must be mandatory and in contract farming, total liabilities must be transferred to the contractor.

‘Performance bond’ as a guarantee for timely payment of claims is an urgent necessity. Such a facility will help in settlements from the performance bond regulated by an independent board.

The farm laws make no effort to incentivise either private players or farmers to upgrade the micro-environment. On the other hand, they seek to extract the maximum out of the environment through technology, seed, inputs, higher yields.

Environmental protection is critical for sustenance in production. Typical protection techniques such as agroforestry, biomass, watershed, forest and wildlife do not find any mention.

Large-scale mechanisation for increased productivity shall further aggravate the situation.

Climate change concerns like heavy downpours, extreme summers, increased pests and locust attacks are not foreseen in the farm laws. There is a need to design a ‘safety net’ against environmental damages.

The obsession with monocropping of rice and wheat has created a wrong assumption of food surplus. The farm laws are all about this white elephant — “surplus food stocks” — that the government is keen to divest.  Existing food stocks are too costly to store and too expensive to distribute, even as hunger and starvation are witnessed in several districts.

India’s ranking on the global hunger index is among the bottom-most 15 countries. The farm laws make no mention of hunger while being most concerned about dealing with buffer stocks. The hunger index conveys a lot many things that are wrong in agriculture.

A third of Indian voters face hunger or starvation. No other country among the bottom 15 in the global hunger index has the luxury of over-flowing food stocks or export food crops while ignoring its starving population at the same time.

It is time such indices are taken cognisance of and adequate steps taken for their mitigation.  The globally accepted explanation of the link between environmental degradation and uncertainty with small landholdings’ agricultural productivity is one reason for starvation.

The farm laws, with their priorities in disinvesting food grains, are likely to cause more economic segregation. Many farmers in environmentally degraded marginal lands are exposed to starvation and are struggling to stay alive.

The existence of ‘food buffer’ and ‘unfed mouths’ is a massive national shame and a serious effort needs to be made to get past this.

Suo motu cognisance of hunger as human rights violations can set things in order. Pressure needs to be brought to ban food export until hunger is fully addressed.

Food entitlements also need to be made available to the vulnerable that can be exchanged for a cooked meal in notified establishments.

Meanwhile, India has magnanimously proposed to the World Food Programme to part with its overflowing food stocks for mitigating global hunger. Clearly, compassion and concerns get misplaced while seeking international commendation.

As the formal institutions of credit, banks have played a significant role in protecting small farmers’ interest in particular. The continuation of institutional credit, although assured in the laws, will become difficult with increasing contract farming.

Contract farming promotes informal credit through farm inputs, land development and technical advice. During the final payments, all costs are subtracted and only the balance given.

There is no costing for the destruction of the soil, water, air and micro-climate. Once the productivity levels flatten or fail, the promoters and the entire value chain shift to new areas to continue with the process of environmental degradation without any accountability.

The presence of formal banking institutions will help the farmers stay out of captivity and act independently, focusing on balanced investments and returns.

Gender inequalities are another concern with contractual farming. Few women have land ownership or bank accounts for taking up contract farming. Even as women continue to be significant contributors to agriculture production, their inability to exercise contracts and receive funds will completely marginalise their role with decision-making processes.

With a dwindling role in the crop selection, farm inputs and production process control over the sustainability aspects are entirely taken away. Gender-specific obstacles need to be identified, and appropriate protection needs to be part of the farm laws.

The farm laws have helped bring the various ills with the current farming system and the need for change into the spotlight. We are all responsible for handing over this earth and its resources to the coming generations. The current approach of stealing the entitlements of the future is neither ethical nor sustainable.