How to love farmers-the Modi way

Like its other policies, the BJP government's Land Acquisition Ordinance favours industry at the cost of farmers

Like its other policies, the BJP government's Land Acquisition Ordinance favours industry at the cost of farmers 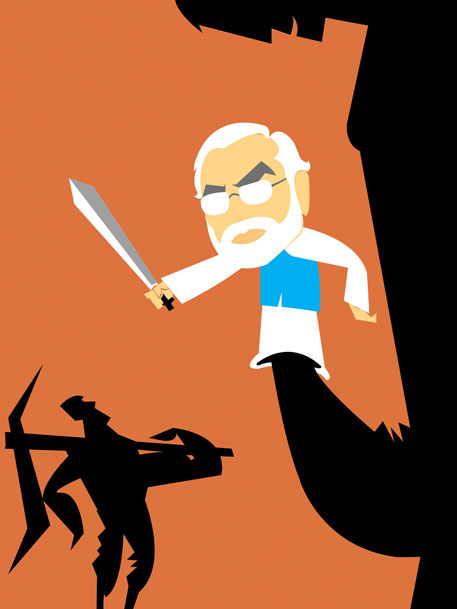 It takes gall to say that the land acquisition law benefits the poor. And farmers and the marginalised. But then, Narendra Modi would not be where he is if he did not have gall, and the gift of demagogy to convince the masses that even the most regressive policies and projects of his party are either in national interest or for the benefit of the poor.

BJP’s Right to Fair Compensation and Transparency in Land Acquisition, Rehabilitation and Resettlement (Amendment) Ordinance, promulgated for the second time because no other party would back the Modi government’s version of it, is possibly the most detested piece of legislation in recent history. But a determined BJP even prorogued the Rajya Sabha to enable the President to promulgate the ordinance once again—all to help farmers.

Which is rather odd because the farmers are dead against it. Thousands of them have poured into Delhi at least thrice this year, camping in the capital for days on end to get the ruling party to listen to their concerns. Thousands more have rallied across the country to stop the legislation. But none of this has moved the Prime Minister or his Cabinet—we will never learn if his ministers differ with him—and it is a resolute BJP that plans on getting the ordinance through Parliament. Never mind the political opposition to it or the protests of the millions who are in one way or the other involved with agriculture.

Is this insensitivity on the part of the government? It would be unfair to say it doesn’t care or respond with alacrity to the pain of the people. Its heart does bleed—for industry and the rich. Here’s just one example. A few days ago, the Finance Ministry had announced that this year’s income-tax returns would seek details of foreign visits made by the taxpayer along with details of the money spent abroad. Also, the taxpayer would have to furnish the complete list of bank accounts held by him/her along with the balance in the accounts.

These are not unreasonable demands. Yet, murmurs of annoyance from the business class prompted an immediate rethink by the ministry. So the forms, it turns out, will not ask inconvenient questions in order to “simplify the process” and the rich would not need to come clean on unaccounted funds.

But on the land acquisition law there will be no retreat. After all, it is easier to bully the weak than to antagonise the rich. Remember, it is industry that has been lobbying for changes in the 2013 Land Acquisition Act because of its restrictive provisions. Not that all was fine with the law passed by the Congress-led UPA regime. That law was not kind to the farmer, but it was tough on industry. BJP’s ordinance makes the rules much kinder to industry by making them more unjust to the farmer. Three critical changes in the ordinance make it so: land acquisition no longer needs the farmer’s consent; there is no need for social impact assessment for many projects; and rehabilitation is to be governed by the 13 Acts under which the government acquires land.

Some time back, Finance Minister Arun Jaitley had declared that “governments must act with determination. They must have the desire to implement decisions”. The selective determination must have been prompted by the general unhappiness of the industry lobby which, with the honourable exception of Ratan Tata, has been rather critical of Modi’s inability to kick start the economy.

But never doubt that the ordinance is being brought in to help the beleaguered Indian farmer. As the prime minister said, all decisions were taken solely “for the welfare of the poor”. Only “perverted minds” in the media would question that.