Traditionally most urban areas in the country have grown out of rural settlements. Land use changes and population growth have precipitated urbanization in a lot of rural centres. Urbanization also has cultural connotations, more so today with the far reaching impacts of globalization. But there is another important aspect today: international financial institutions have a big say in shaping the character of our cities today.

Take the case of urban centres in Karnataka. The development process thrust upon the state by international financial institutions is changing the character of cities. Since 1996, the state government has used a series of three Asian Development Bank (adb) loans to upgrade urban infrastructure of select cities. But the implementation of these projects have been criticized for their top-down approach, locally non-relevant aspects, bad quality of works and for converting citizens to customers.

The conditions imposed by the adb loans have pressed the Karnataka government to charge for municipal water supply, remove public taps and bring additional taxes such as the 'self-assessment tax' on properties. The new property tax has changed the city's landscapes, especially in coastal Karnataka. Here land holdings were traditionally large: a small house surrounded by coconut or other plantations. The tree cover had a critical role in the coastal cities: they would bind the soil and help it take in the rains.

But now with property tax being levied on the entire holding--and not just the establishment on it--many landowners are selling (or have sold) their lands. This has resulted in frenetic real estate activity. High rises have mushroomed in most towns, especially Mangalore and Udupi. A lot of trees have been cut to make way for these buildings. As a result, runoff has increased and soil erosion has intensified. So cities get flooded during the monsoons, and flood management means more expenditure for the municipalities. Trees have also been hacked down by the road upgrading projects under the World Bank-funded Karnataka Municipal Reforms Project.

The Karnataka case typifies the fallouts of lending policies of international financial institutions. Since land is the prime 'input' for any investment or 'development', the financial institutions aim to ensure that's easily available. Tax reforms such as those exacted by the adb-- as loan condition--make the 'un used' land available for 'productive' purposes. 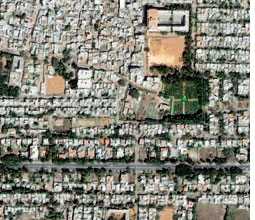 Surprisingly, adb's environment policy (adherence to it is mandatory for the bank's aid) does not consider the long-term environmental impacts of projects funded by the bank. The policy has no commitments to safeguarding the rights of people that depend on environment. The urban development projects that adb funds are not classed as 'Category A'--those that have to take environmental safeguards.

In fact, the bank's environmental policy is set to undergo more dilution. Many believe that the ongoing review of the safeguard policies (those pertaining to the environment, indigenous people and resettlement) of the bank will weaken environmental safeguards further to suit the demands of investors.

Urban flora must be protected through incentives to landowners. This will not only protect urban ecological diversity, but also ensure a quality of life. Let's end by citing another example from Karnataka. A lot of the old properties used to house low-income groups or long-standing tenants. Many have been vacated since the landowners have sold off their holdings. Of course, the owners have benefited from rising land costs. But does this large-scale displacement augur development?