A closed society, indifferent to public opinion, fixated on scientific progress, authorities unwilling to countenance dissent. These are the stereotypes about the Chinese system that are prevalent here. More so in matters related to science and technology (S&T). Since the Chinese pursue development with unabated zeal and take inordinate pride in their scientific prowess, it seemed far-fetched to think that Chinese scientists would question any technology much less engage in a debate on the ethics of anything that holds out the promise of growth.

Much of this still holds good in today’s China but much is also changing. At a recent conclave in Delhi on ‘Ethics, equity and inclusion in S&T’ it was refreshing to hear Chinese social scientists speak about the attitude of the government and the scientific establishment to the risks of frontier technologies such as synthetic biology and nanotechnology. Leading the team was the erudite and ever-smiling Cao Nanyan, professor at the School of Humanities and Social Sciences in Beijing’s Tsinghua University, who held forth frankly on the interplay of Chinese values, S&T and governance. Some of the things she touched upon were a revelation as were the interventions made by professors from CASTED (Chinese Academy of S&T for Development). They helped remove some cobwebs from Indian minds on what goes on in China.

Cao was candid about the holy cows of Chinese society: national pride in technology and the creed of “developmentalism”. The latter is the unshakable belief that development= progress=economic growth=improved livelihoods. Both S&T and development, she said, till recently embodied the promise of everything good in life. And since the main purpose of S&T was to raise China’s international status and enhance national power, no uncomfortable question about the negative fallout of technology was raised lest it impede progress of research. Media and the public shared a naïve belief in the goodness of science and did not question anything. 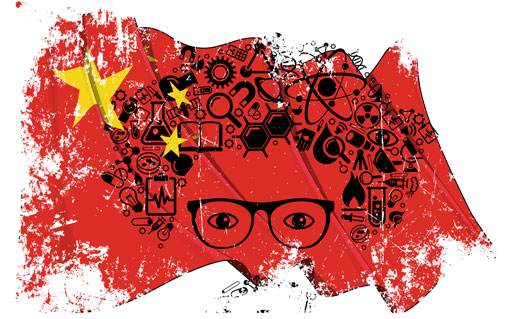 As a result, social scientists kept away from S&T and, in turn, were looked down upon by the mainstream scientists. (This would be familiar to our scientists in NISTADS or the National Institute of Science, Technology and Development Studies, many of whom have suffered similar treatment.)

In the last decade, however, perceptions have been changing. As the negative fallout of various technologies began to emerge, people realised that these are fraught with risks that cannot be fully predicted, interpreted or controlled by science. People’s awareness of their rights combined with the efforts of academia, have now brought S&T ethics into the public domain and sparked controversies, says Cao.

The most intense debate, it turns out, is on genetically modified (GM) food, involving everyone from government, academia and media to ordinary people. This was an interesting revelation because one was only vaguely aware that the GM foods issue was causing ripples in China. In September last year when the scandal of Chinese children being fed GM Golden Rice by a Tufts University researcher broke, I recall there was uproar in the country. It transpired that Chinese officials had hidden from parents the fact that Golden Rice was genetically modified. Parents have since been demanding a guarantee that the rice would not affect their children’s health and were also seeking monetary compensation for breach of ethics. Angry parents were shown on China’s CCTV demanding to know why facts were hidden from parents.

But back to Cao’s discourse. Her point is that while Chinese authorities and scientists would prefer not to have full-scale debates on cutting edge technology such as nano and synthetic biology so that the state can reap the full benefit of its ongoing research without public controversy, people are slowly getting into the habit of raising uncomfortable questions.

For me the most significant discovery was that social scientists are now raising issues of ethics with their counterparts in the physical sciences. Think tanks such as CASTED, which are affiliated to government departments and ministries, are also preparing research reports for the policymakers, it appears.

“We are all Chinese so they had no problem discussing these issues with us,” was the simple explanation offered by CASTED director Zhao Yandong. Here, on the other hand, social scientists have been marginalised by mainstream scientists and those in the agricultural disciplines. I doubt if researchers in NISTADS, the counterpart of CASTED, would be able to engage with their colleagues in CSIR and ICAR on an equal footing.

Discussions on contentious technologies are not yet public in China but are apparently becoming the norm in academia. If debate of this kind, however limited, is taking place in authoritarian China, why are scientists in India’s notoriously anarchic democracy afraid to speak out?