Almost half of Ethiopia’s budget is linked to foreign aid. The country depends on economic assistance to support its infrastructure projects, healthcare and education expansion, etc 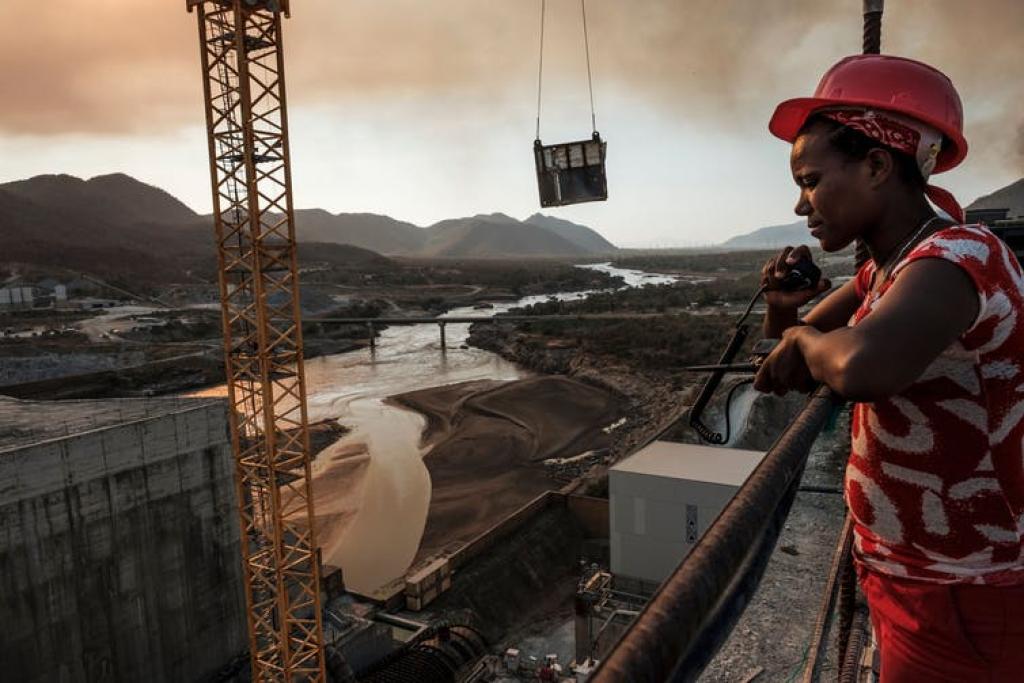 America’s Department of State recently suspended $130 million worth of aid to Ethiopia because of “a lack of progress” on negotiations pertaining to the construction of the Grand Ethiopian Renaissance Dam on the River Nile.

According to state department officials, the decision to cut aid came as a result of a direct “guidance” from President Donald Trump.

Estimates show that almost half of Ethiopia’s budget is linked to foreign aid. The country depends on economic assistance to support its infrastructure projects, health care and education expansion efforts, and security sector reforms.

By suspending some aid, the United States has reopened the debate on whether developing countries should depend on foreign aid to realise their economic goals.

The decision to suspend aid to Ethiopia comes after almost 10 years of regional and international efforts to mediate the dam dispute between Egypt and Ethiopia. Almost 60 per cent of Ethiopians do not have access to electricity. The renaissance dam is critical to expand energy sources across the country. The country will also export hydroelectric power to its neighbours.

Since the construction of the dam began in 2011, Egypt has exerted international pressure to manage and slow down the process. The US has sided with Egypt over Ethiopia.

The US has openly pressured Ethiopia to accept some of the Egyptian demands, including extending the time frame to fill the dam. Such demands are unacceptable to Ethiopia’s scientists who advise the government that the time to fill the dam is now.

President Trump’s foreign policy strategy towards the dam and Ethiopia has been demonstrably biased. This despite the fact that over 85 per cent of the Blue Nile waters flow from Ethiopia into Sudan and Egypt.

Thanks to Egypt’s successful lobbying, Ethiopia has never received any international financing for the construction of the dam. Ethiopian taxpayers are footing the bill.

But besides direct financial contributions, Ethiopians are invested emotionally. Ethiopia is a proud nation that has resisted foreign invasion throughout its history. That sense of national pride has generated countrywide support for the dam.

It serves America’s interests in the Middle East to side with Egypt’s concerns. Unfortunately, Trump’s decision to stand against Ethiopia in the renaissance dam dispute has two broad implications at the state and continental level.

A large part of its economy relies on international financial support. Additionally, Ethiopia is home to Africa’s second highest population after Nigeria. The country is struggling to cope with an expanding demography.

Thus, Ethiopia needs foreign aid to support its developmental aspirations. This remains the case even as Prime Minister Abiy Ahmed stewards the country towards financial independence and middle-income status.

The US has traditionally been an ally. For example, the two countries have worked together to find solutions for the crisis in Somalia, Ethiopia’s south-eastern neighbour. This latest decision to withhold aid could hence be viewed as a betrayal.

Ethiopia’s role in the international peace building framework is significant. The country contributes 6,662 troops to the United Nations’ peacekeeping forces. It’s behind only Bangladesh, which contributes 6,731. Ethiopia also contributes 4,300 troops to the African Union’s peace missions.

Historically, the country has been a beacon of anti-colonialism in Africa, having never been colonised itself. It serves as a symbol of independence and hosts the African Union’s headquarters. Its capital Addis Ababa is recognised as one of Africa’s diplomatic hubs.

Given its contribution to African affairs, Ethiopia should have received fair and balanced treatment on the issue of the renaissance dam. America’s approach should have been more supportive than interventionist.

Furthermore, despite an authoritarian past, successive Ethiopian regimes have played a significant role in the region. The country has been active in conflict resolution, economic cooperation, economic integration, and the persistent promotion of African causes.

This implies that America’s decision to cut aid will not be appreciated by many in sub-Saharan Africa. So far, the African Union continues to insist that an African solution can be achieved for an African problem.

Since it started the project, Ethiopia has repeatedly showed an open and direct approach to involving the downstream states of Sudan and Egypt. It has committed to pursuing diplomatic discussions towards solving a number of key issues. This includes mitigating drought through the long term operation of the dam.

Ethiopia’s leadership has also continued to insist that scientific facts and objective realities should take precedence over political considerations and nationalistic rhetoric across the three stakeholder countries, especially Egypt.

According to a report in the New York Times, America’s engagement

… was an unusual example of Trump’s direct intervention on an issue in Africa, a continent he hasn’t visited as president and rarely mentions publicly

Indeed, Africa has not been a priority in Trump’s foreign policy agenda. His disparaging comments on Africa and people of African descent have in the past angered Africans and black people around the world.

The dispute over the renaissance dam could have been an opportunity for the Trump administration to rectify past mistakes. Indications are that they will not take advantage of the opportunity.

It is not surprising that the US is favouring Egypt over Ethiopia. America needs Egypt as an ally as it navigates the politics in the Middle East. But the fact remains that America enjoys strategic benefits from both Egypt and Ethiopia.

By accepting US support, Egypt has shown it would rather ally with the US than depend on the dispute resolution mechanisms within the continent. Moreover, its use of the Arab League to make statements that portray the dam standoff as a challenge to Arab states undermines African calls for continued discussion.

Both Sudan and Ethiopia are currently suffering from historic flooding. Sudan has received the brunt of it.

New reports show if it was not for the first filling of the dam, the floods that have been ravaging Sudan would have been worse.

Climatic forecasts also indicate that the current water levels are optimal for filling the renaissance dam. Filling it now would not pose any threat to lower riparian states like the Sudan and Egypt. Hence, it’s critical the three countries expedite the negotiation process.

Hence, it is incumbent upon Ethiopia, Egpyt and Sudan to keep their eyes on the prize, which is lasting peace and future regional success.