January 2, 2018 was the 16th death anniversary of Anil Agarwal, founder of the Centre for Science and Environment and Down To Earth. His assessment of mass media remains true even today 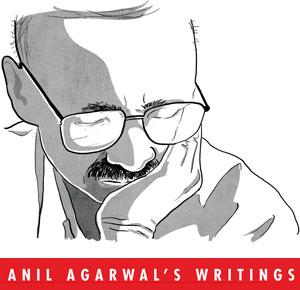 Human rights is today an area in which states are beginning to feel that they have legitimacy in intervening in another state’s affairs. A recent article in The New York Times points out that “NATO’s bombing in Kosovo [is] a clear sign that the West puts a higher priority on human rights than on sovereignty...If slaughter and television come together, as they did in Kosovo, ‘right-minded’ people in Europe and America demand that their governments do something about it. (If television is absent, as it largely was from the genocide in Rwanda in 1994, the demand is much less insistent, however great the loss of innocent life may prove to be.)”.

While TV will definitely continue to play an important role in generating popular emotions and thus influencing political decisions, especially in electoral democracies, it is important to appreciate the limits of the ‘pop politics’ generated by TV. The message on the TV screen depends on the biases of the persons behind the camera. What is true of human rights is equally true of environmental concerns. One good TV programme on Amazonian rainforests can force politicians to take action to protect forests.

But Western TV failed to pay equal attention to the desertification in Africa, even though it poses a serious threat to the very existence of some of the poorest people on Earth. It, therefore, received little political attention, too. Equally, the camera may fail to catch the non-western dimensions of environmental issues — like the importance of equity in developing a global action plan to combat global warning.

All this means that we might see a steady erosion of sovereignty as technological instruments for creating cross-country consciousness continue to grow. The expansion of human ability to share human travails and tribulations is definitely a welcome trend. But if the instruments that create global consciousness largely remain in the hands of a few, human consciousness could easily become biased and prejudiced. Therefore, leaders have quite a task to ensure that growing global consciousness leads to action that carries global consensus behind it. Leaders from the less powerful nations have an even greater responsibility: to ensure that the world moves in this direction. Inaction could be worse.