Why seaweeds need to be conserved urgently 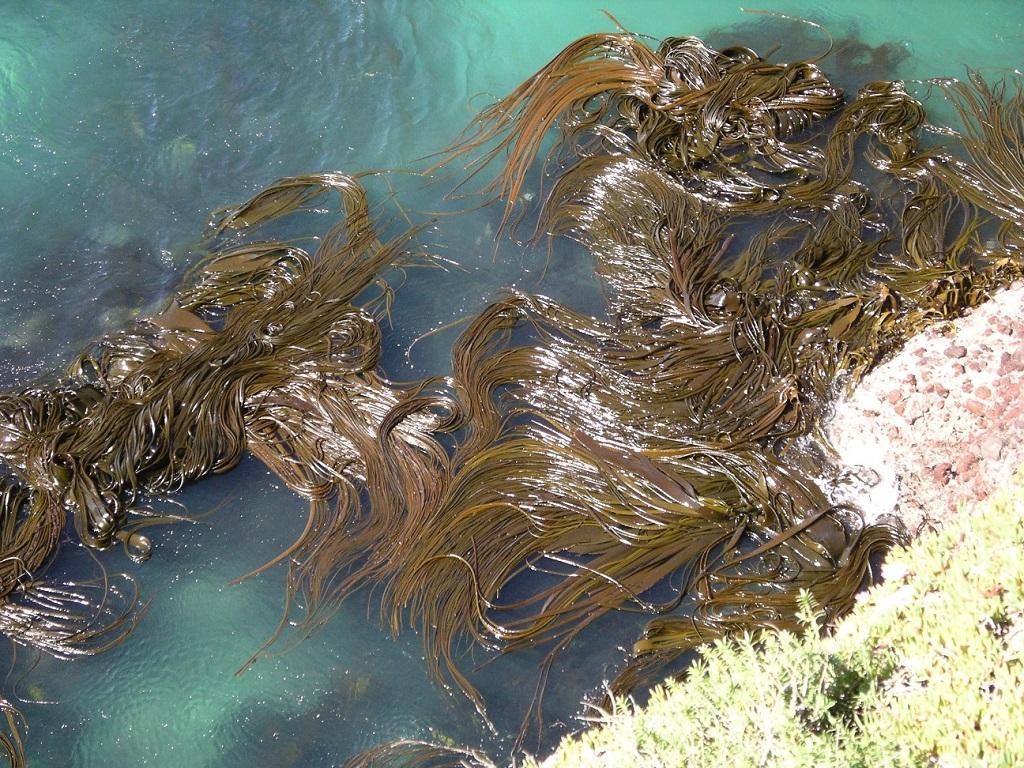 The thousands of species of this organism that vary vastly in size, shape and colour, provide habitats for marine lifeforms and protect them from threats.

On their part, the seaweeds derive nutrition through photosynthesis of sunlight and nutrients present in seawater. They release oxygen through every part of their bodies.

Some nutrients found in large waterbodies are toxic to the marine life and can even kill them. Seaweeds, found mostly in the intertidal region, in shallow and deep waters of the sea and also in estuaries and backwaters, absorb the excess nutrients and balance out the ecosystem.

They also act as a bio-indicator. When waste from agriculture, industries, aquaculture and households are let into the ocean, it causes nutrient imbalance leading to algal blooming, the sign of marine chemical damage.

These aqautic organisms heavily rely on iron for photosynthesis. When quantity of this mineral exceeds healthy levels and becomes dangerous to marine life, seaweeds trap it and prevent damage. Similarly, most heavy metals found in marine ecosystems are trapped and removed by seaweeds.

They also supply organic nutrients, which they are capable of producing, to other marine lifeforms.

Seaweed has a significant role in mitigating climate change. By afforesting 9 per cent of the ocean with seaweed, it is possible to sequester 53 billion tons of carbon dioxide annually.

Hence, there is a proposal termed as ‘ocean afforestation’ for farming seaweed to remove carbon.

The importance of seaweed in agriculture and animal husbandry is noteworthy. They can be used as fertilizers and to increase fish production. Also, when livestock is fed with seaweed, methane emission from cattle may be reduced substantially.

Additionally, they may be buried in beach dunes to combat beach erosion. It is used as an ingredient in preparing toothpaste, cosmetics and paints.

The southeast Indian state of Tamil Nadu has 1,076km coastline with the convergence of the Bay of Bengal, Arabian Sea and the Indian Ocean. The southern Gulf of Mannar’s rocky intertidal and lower intertidal regions maintain rich populations of several seaweed species.

Studies carried out here reveal that there are about 302 species of the marine algae.

However, some rare species of seaweed clash coral reefs and damage them severely.

The exotic, invasive Kappaphycus alvarezii seaweed being cultivated this region by PepsiCo (an American multinational food, snack and beverage corporation) is posing a serious threat to the coral reefs. They have started smothering the coral reefs and slowly killing them.

In 2005, a government order was issued restricting the cultivation of the exotic species only to the seawaters north of the Palk Bay and south of Thoothukudi coast.

The forest department is carrying out manual removal of the seaweed annually since 2014 to protect the coral reefs.

Fisher folk, mostly women, collect tonnes of seaweeds daily around the islands. And while doing so, they break the corals.

Mechanical dredging causes damage to the kelp forests formed by large seaweeds. Indiscriminate collection of seaweed also causes severe damage to the useful algaes. The conservation status of seaweeds is yet to be evaluated by the IUCN.

Considering the ecological values of seaweeds, it is essential for the central and state governments to initiate speedy and scientific action for sustainable management of seaweeds to conserve them for posterity.