Fire in the mountain 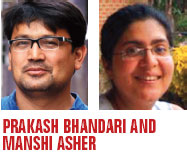 Rising mercury has taken its toll not just in the plains but also in the Himalayan mountains. A longer-than-usual summer and absence of moisture led to proliferation of forest fires. A common sight across Himachal Pradesh this summer was forests, especially chir pine forests in the lower and middle Himalayas, covered with uncontrollable flames by night and smoke by day. Newspapers carried many stories of fire incidents, which seem to have affected over 16,000 hectares, causing an estimated loss of Rs 1.81 crore. But it seems that everyone, including the forest department, has accepted this as a regular feature.

Now that the rains have provided relief, it is time for introspection. Common sense suggests forest fires on a large scale cause considerable damage. There is also immense warming caused due to emission of heat. But Himachal Pradesh, which ironically is in the race for being declared the first “carbon neutral state”, has run out of creative ideas to deal with the forest fire menace.

The forest department blames the local population. Yes, most of these fires are set off by people who want to clear the area of pine needles and weeds to make space for grass. In some cases, people set fire on grass slopes to check growth of shrubs and weeds. 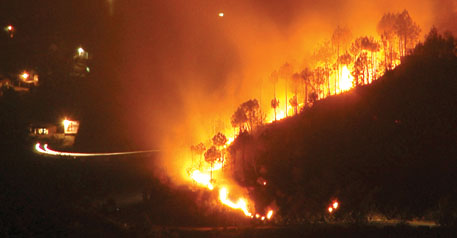 But much of the blame for all this lies at the door of the department, which has pushed for pine monocultures in the name of afforestation. It is well documented that chir pine monocultures, which cover almost 30 per cent of the state’s forests, have proved detrimental to the growth of grasses and other fodder species. With 10 per cent area under agriculture, the state is susceptible to a fodder crisis. Traditional crops, which used to be good fodder sources, have made way for cash crops. Off-season vegetable cultivation and horticulture crops on agricultural land have not helped matters. Invasion of weeds like Lantana and Eupatorium on forest and pastureland has aggravated the crisis. People who have traditionally depended on forests can only meet a fraction of their fodder needs by clearing the forest of pine needles. Truckloads of toodi (wheat husk) are being imported from neighbouring states.

The forest department has, in recent times, recognised the crisis and is tackling it by promoting broad leaf trees. But this will improve the situation only partially. Most of the broad leaf tree species in the state are deciduous; they shed leaves during winter season.

The problem can be solved if the department improves pastureland. But in the books of forest and revenue departments pastures are “barren land without much use”. The Mahatma Gandhi National Rural Employment Guarantee Act offers scope to develop pastures. Pine trees must also be pruned to reduce leaf litter. The authorities can build on the efforts of the communities.

The authorities must realise that forest fires are not acts of individual miscreants. Setting fire to pine needles might not be a sustainable solution but people have little option. Forced plantations need to be stopped and people have to be made part of protection initiatives.