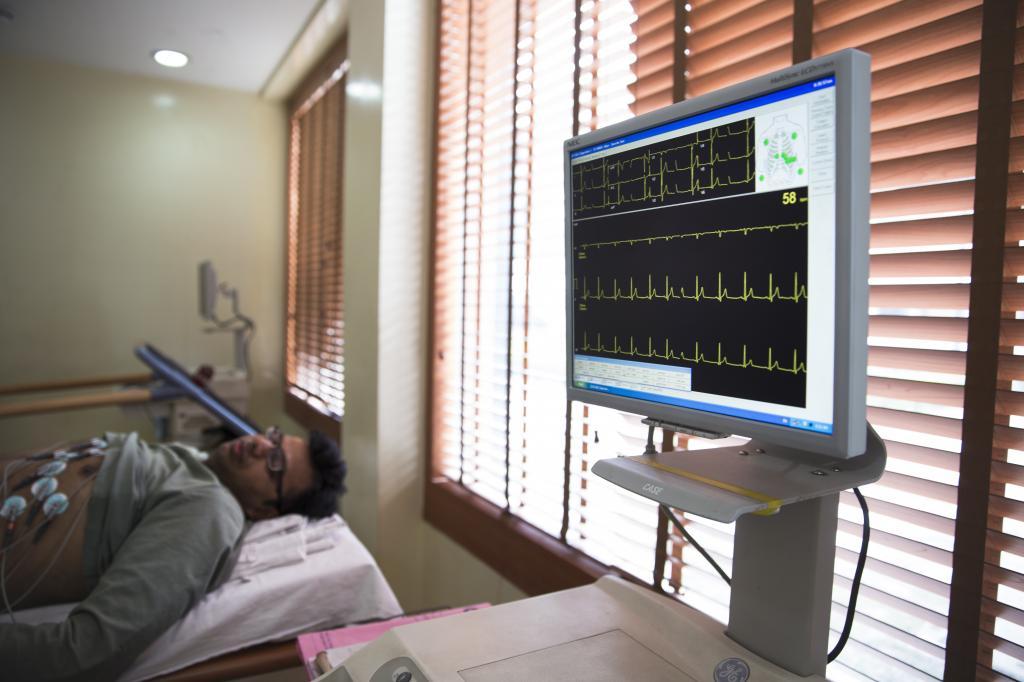 For decades now, experts have said that Indians are at high risk of contracting cardiovascular diseases. On September 27, Saffolalife added another bit of information to the existing literature. An analysis of data generated by an online survey by Saffolalife suggests that every age group in India is at risk of contracting cardiovascular diseases (CVDs). The risk was quantified at 73 per cent in urban India.

But the findings are not something we did not know about earlier. So why did Saffolalife conduct the study? And then go ahead and put a disclaimer to the study: “Saffolalife makes no representation or warranty of any kind, express or implied, about the completeness, accuracy, reliability of information generated by the survey.” Saffolalife is an initiative of Marico Limited, a consumer product company.

The Saffolalife 2013 study does not make any suggestions as to what people should do to protect their heart. Could the study then be a ploy to sell Saffola brand of vegetable oils which are marketed as safe for the heart?

The survey has been carried out in nine cities in the country—Ahmedabad, Bengaluru, Chandigarh, Chennai, Delhi and NCR, Hyderabad, Kolkata, Mumbai and Pune. Over a period of three years (2010 -2013), a total 186,332 participants took part in the online survey. These people could calculate the age of their heart by feeding in data on their diet, physical activity, history of the disease in the family, blood pressure and blood chemistry. As an incentive, Saffolalife even provided free cholesterol and blood pressure check-ups to the participants.

The survey revealed that in all the age groups studied, the age of heart calculated using the survey was more than the actual age of the person. For the age group 55-59, this gap is as much as 11 years. Once this was established, Saffolalife went ahead to look at the different risk factors such as BMI, cholesterol levels, low HDL, high systolic blood pressure, taking medication for blood pressure, smoking and diabetes. The company found that low level of HDL in blood was the biggest factor for risk of CVD. This amounted to as much as 87 per cent of the risk. This was followed by high BMI, which contributes 73 per cent of the risk.

This finding is pretty convenient for Saffola which positions its oils to be healthy for heart. On its website (accessed on 29/9/13), it says that the brand, New Saffola is rich in MUFA or mono unsaturated fatty acid which is considered to be a healthy component of oil (by as much as 60 per cent) and has cholesterol-reducing potential. It is a mix of safflower and rice bran oil as is Saffola Gold. Another company product, Saffola Active, is made of rice bran oil and soybean oil. The site says that soybean oil is a good source of omega-3 which helps in lowering cardiovascular risk factors alongwith providing several other health benefits.

True, soybean and rice bran oil are pretty rich in omega 3. But omega 3 alone is no indicator of goodness. It is the ratio of omega 6 and omega 3 which is important. The value between 5 and 10 is considered healthy. A study carried out by Delhi NGO Centre for Science and Environment (CSE) had analysed different components of vegetable oils which showed that for both rice bran and soybean, this ratio is below five at 3.98 and 3.59 respectively.

Similarly mixing safflower oil with rice bran also does not make it rich in MUFA as claimed by the company. Safflower has just 11.44 per cent MUFA. At 36.58, rice bran oil was better but had less MUFA than olive, mustard, groundnut and sesame oil. In fact, a blend of safflower and rice bran that CSE had tested had the omega 6/omega 3 ratio of 117.3 and, incidentally, the brand that CSE tested was a Marico product (Saffola Gold).

CSE findings had suggested that it is better to use a combination of oils as no single oil has all the benefits. But yes, Indians are at risk of heart diseases. The Indian Heart Watch study released recently assessed different lifestyle and biological CVD risk factors across the country. Seventy-nine per cent of men and 83 per cent of women were found to be physically inactive. A high 51 per cent men and 48 per cent women were found to consume high fat diets. Fruit and vegetable intake was low in 60 per cent men and 57 per cent women. So yes, we are at risk and need lifestyle changes. But the changes obviously should be increasing physical activity, reducing fats in diets and increase intake of fruits and vegetables.