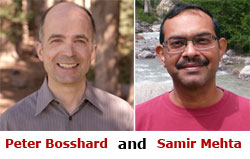 In the Himalayas and on the Mekong, on the great rivers of China and the Amazon, in the highlands of Laos and Ethiopia, the world is experiencing an unprecedented dam building boom. Traditional funders such as the World Bank and new financiers from China, India and Brazil are all vying to get a piece of the action.

Climate change makes reducing our carbon footprint imperative. Yet as dams move from the floodplains into remote mountain areas, they are creating ever more serious risks to fragile ecosystems, vulnerable (often indigenous) communities, geologically unstable valley slopes and large downstream populations. The flood disaster in Uttarakhand reminds us of the risks of developing vulnerable river valleys beyond their carrying capacity under a changing climate. 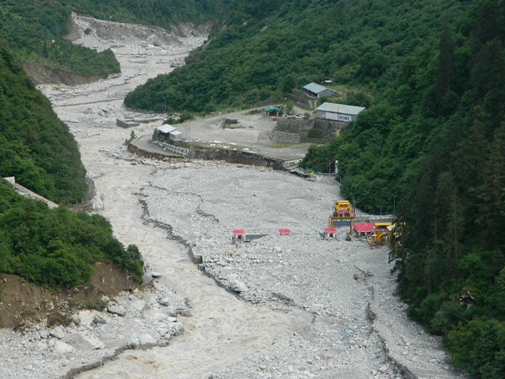 What standards are appropriate to address the risks of the current generation of large dams?

In a new paper for the International Institute for Environment and Development, Jamie Skinner and Larry Haas warn that new dam builders no longer feel bound by international social and environmental standards, and propagate the voluntary scorecard of the Hydropower Sustainability Assessment Protocol (HSAP) instead. HSAP may be a useful internal checklist for dam building companies. Yet its application is controlled by the dam industry, and the protocol is not an appropriate tool for setting public policy.

At a time when wind and solar power have become commercially viable, governments need to follow sound decision-making processes that evaluate all available needs and options – including on- and offgrid solutions, efficiency improvements and demand-side management – in a balanced and comprehensive way. Integrated Resource Planning and the World Commission on Dams report offer frameworks for such a process, as does River Basin Planning in the water sector.

Once a specific project – be it a wind or a hydropower project –has been selected, civil society groups have no reason to settle for lowest common denominator approaches such as the HSAP Protocol. As Skinner and Haas point out, international financial institutions account for less than 10 per cent of global dam finance. But this was the case even during earlier dam building booms in the 20th century. Yet now like then, many non-traditional funders, from private banks to pension funds, will only feel comfortable investing their money if high standards are applied. Social and environmental risks, after all, easily translate into protests, court cases and costly delays. This is why the policies of international financial institutions are relevant beyond the projects that these actors fund.

New dam builders and financiers from China, India and Brazil may get public guarantees for their projects and ignore international standards altogether. Yet even among leading Chinese companies, the attitudes are changing. After massive protests in Africa, Southeast Asia and other parts of the world, Chinese state-owned enterprises are realising that they may not be around for the long term if they ignore the rights of host communities and the environment where they invest. Even if they feel no moral obligation to adopt standards that they had no role in creating, many companies have taken a new interest in learning from the experience with international standards. Others continue to search quick profits by doing projects on the cheap.

Sinohydro, the world’s largest contractor in the dam building sector, has developed a sustainable development policy which recognises environmental no-go zones and indigenous peoples’ right to free, prior informed consent. The framework is considerably more ambitious than the HSAP scorecard. Since its adoption, Sinohydro has withdrawn from a dam project in Honduras over human rights abuses, and is taking a wait-and-see approach to other contentious projects. In Nepal, the company set new expectations by offering 10 per cent ownership to the families affected by the Upper Tamakoshi Dam. These changes came about through pressure from the ground and open-minded dialogue, not through pussyfooting and lowered expectations from civil society.

International standards play an important role in countries with weak governments, including Nepal, Laos, Burma and many African countries. In India, national legislation and regulation will continue to set the rules. On the national and the international level, standards and regulations are only as good as their implementation. Civil society networks need to combine their efforts to strengthen them with ongoing support for local movements on the ground.

Freshwater ecosystems are more threatened by species extinction than any other major ecosystems. The world’s arteries are endangered not by the development needs of the poor, but by the ever-growing desires of globalizing middle classes. As civil society activists, we need to vigorously defend our remaining rivers from over-damming and strengthen the laws and standards that protect them.