Leopards in our alley

These big cats have lived in human habitations for long

We have been brought to believe that all wildlife is restricted to wildlife sanctuaries and tiger reserves. True, our forests are repositories of wild animals and plants, most of which would not be able to survive outside the protected ecosystems. But they make up 5 per cent of the country’s land area. This is not enough for the myriad forms of wildlife India is home to. Nowhere in the world wild animals understand park boundaries.

They venture into human habitations but are usually removed, lethally or otherwise. It is only in India that several wild animals are allowed to live among high-density human settlements. One such wild animal is the leopard. This highly adaptable species lives in and around rural habitations, using croplands to hide in and feeding on domestic animals. This holds true for wolves and hyaenas as well.

But we still seem surprised when an occasional leopard is seen around town—it is probably just in the wrong place at the wrong time because leopards do make forays into our villages and towns for dogs and pigs in the night. For them, Karad, a suburb on the outskirts of Goregaon in Maharashtra, and villages near Nandankanan in Odisha are no exception. People think this is a new phenomenon. But there are records of leopards taking dogs since the time of the British. It is also true that of all the carnivores in India, leopards are mostly involved in attacks on people. 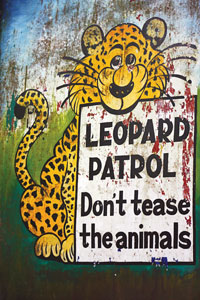 Maharashtra saw serious humanleopard conflicts in the early 2000s. Sanjay Gandhi National Park, located in the middle of Mumbai, received the maximum media coverage because of leopard attacks. Our subsequent research revealed leopards, that otherwise avoid humans, suddenly attack people when they are captured and released into forests new to them. This is because leopards are territorial animals with relatively small home ranges—about 25 sq km—and know their territories inside out.

Taking out one and leaving it far away is no different than what might happen if we suddenly hijack a person from outside his house and leave him in an entirely new place. The stress of having to cope with a strange place, with no knowledge of where the food and water sources are— and in the case of leopards, they are often injured during trapping—would make them dangerous near human habitations. Like house cats, leopards have very strong homing instincts, which means they might have to traverse through human-dominated areas in their attempt to get back home.

This leads them to come into conflict with humans. A decrease in captures and subsequent releases has led to a decline in attacks on humans, and Maharashtra now rarely sees these attacks. What we were doing was against their basic biology, their territorial nature. We have to realise that compared to other carnivores, leopards get mostly trapped and/or killed. The very first reaction to a leopard, where we do not expect it, is to trap and remove it.

Unfortunately, since it preys on dogs and goats, baiting a trap cage with these species does have a high success rate. Even if a hyaena had attacked a goat and a cage was put up for it, a leopard is likely to be trapped as hyaenas never step into the cage. No other wild carnivore is physically dealt with in this manner in India. We have to remember that these are wild animals, potentially dangerous, and any intervention on our part could have repercussions. It is best to leave them alone if they do not attack humans because that way they are less dangerous than if we intervene.

Even hyaenas, wolves and many other wild carnivores at present feed on domestic animals like dogs, pigs, goats and rodents—they all occur in high numbers in rural India. This might come as a surprise to many, except the rural people who have always lived with these animals, local forest departments that have repeatedly dealt with them, and some scientists who have worked on adaptable carnivore species.

Our research work reveals these animals sit all day in sugarcane fields, stirring out towards the evening. Even people working outside the field had no idea of their presence. Once I asked a farmer, watering the field, if he had seen a leopard nearby. I knew a collared male was sitting inside, not more than 20 metres away. The farmer nonchalantly replied someone had seen one around a few days ago. We went on without telling him or the women plucking tomatoes in the adjoining field of the presence of the quiet spotted cat, which was probably listening to their village gossip.

Leopards are found in different habitats across the country: in tea gardens of South India, West Bengal and Assam; in mango orchards and sugarcane fields of Gujarat and Maharashtra; and in rocky areas of Rajasthan and South India. A leopard we had radio collared lives within 5 km of Shimla. She sits in forests in the daytime and visits houses at night. Her territory is not more than 25 sq km. Her routine indicates that be it forest or village, leopards have a propensity to go to houses at night. 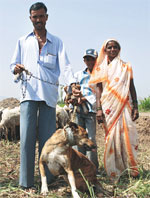 This, in retrospect, is nothing new. British hunters used dogs and goats as baits for leopards. People in the hills talk about leopards being frequent visitors to their houses for dogs and goats. The Nasik gazetteer of 1883 mentions leopards coming to villages for dogs. All this at a time when the extent of forest was much greater than what we see today. So if these animals were hunting domestic animals despite more forests and wild prey then it is even more likely that it would be the case now.

Furthermore, India has the highest livestock density in the world. As per the 2003 livestock census, there are as many livestock on average as people in this fertile land—300 people and 300 livestock per sq km. Medium-sized livestock, such as pigs, sheep and goats, are present at densities of 58 per sq km.

If one considers dogs, add another 15 per sq km. Meaning, we have about 70 preys for a leopard, hyaena or wolf in every sq km. All that a leopard needs is one prey per week. When compared with a protected area, Nagarhole in Karnataka for instance, a leopard gets 50-75 wild ungulates to prey upon. When our settlements are so full of food for wild carnivores, how can we expect them to abstain? 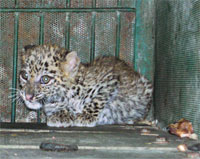 The situation is complex. If we do not take cognisance of people’s problems, the repercussions on animals and local forest departments can be severe. It is well known that easily available pesticide thrown on a goat that has been killed by a wild cat is an effective way of killing these animals. v Therefore, the priority should be to adequately compensate people who face livestock losses because of leopards and other wild carnivores. At the same time, they should be helped to protect their livestock. The present system of compensation is long drawn and not effective.

We also have to accept that a lot of wildlife does live close to human settlements and that accidents are bound to happen. We have to appreciate the fact and inform people that attacks on humans by these animals are rare, especially with an intention to kill. It is important for research to focus on why these animals, which otherwise avoid humans, suddenly kill people.

The only long-term solution is to decrease the interface between leopards and humans that control the availability of easily available food like feral animals. This can be done if we reduce organic waste around our settlements.