Lined up for violation 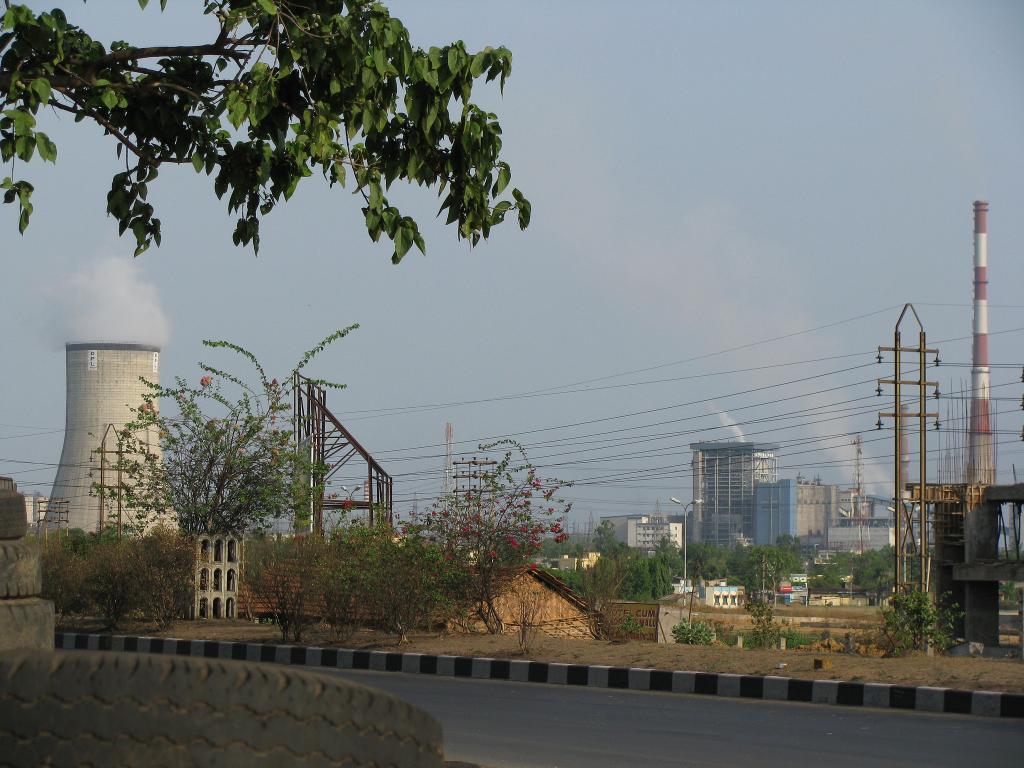 Of the 73 GW in the pipeline, only 3.3 GW has planned FGD and is equipped with required treatment facilities. Credit: shankar s / Flicker

Responding to a query at Lok Sabha this week, on the level of implementation of new coal-based power norms, Environment Minister Anil Madhav Dave denied any information saying “analysis on the level of implementation will be carried by the ministry only after the norms come into force.” Though Dave’s response clarifies the ministry’s stand on not revising its deadlines for the new environmental norms as requested by the industry, it severely exposes the ministry’s lack of efforts to ensure enforcement.

Therefore, it is not surprising that violations of new environmental norms on the ground are very much happening. With NTPC Mouda, which got commissioned this March, violating the new norms, 95 per cent of upcoming coal-based power stations lined up for operation starting this year have no plans to meet the new environmental norms. These stations are being commissioned with inadequate treatment devices like flue gas desulphurisation (FGD) units and selective catalytic reduction units to limit pollution.

Power stations are largely planned in coal mine-rich states. About 70 per cent of electricity  cost is incurred due to the cost of coal. Opening coal plants near coal mines will ensure cheap power 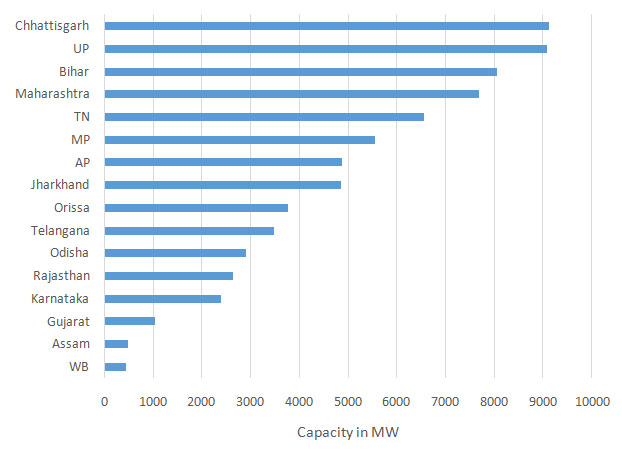 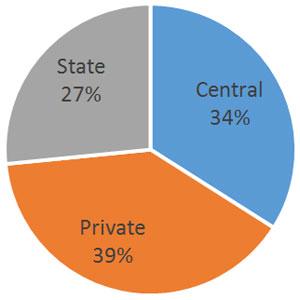 According to new environmental norms of the Ministry of Environment, Forest and Climate Change (MoEF&CC), power plants, which are commissioned starting this year, will have to conform to a norm of 30 milligrams per normal cubic metre (mg/Nm3) for particulate matter, 100 mg/Nm3 for both SO2 and NOx and 0.03 mg/Nm3 for mercury. This will require installation of cutting-edge pollution-control facilities. However, of the 73 GW in the pipeline, only 3.3 GW—Ennore SCTPP of TANGEDCO (1320 MW) and UPRUVNL's three stations: Harduaganj Exp.-II TPP (660 MW); Jawaharpur TPP (1320 MW) and Obra C (1320 MW)—has planned FGD and is equipped with required treatment facilities.

How do power plants defend themselves?

The excuse given by the power stations for violation is difficulty in incorporating changes to the design at advanced stages of construction. “At this stage, it will be difficult for us to make any alteration at Yerasmus. We are planning to retrofit necessary equipment to meet the standards post installation”, says Narendra Kumar, Chief Engineer-Thermal, Karnataka State Power Corporation Limited. Construction of a power station begins with foundation, parallel erecting of the boiler, designing an ESP and balance of plant like building chimney and coal handling plant. After erection, the boiler is lit up, subjected to a hydro test (pressure test), and finally, run to synchronise with the turbine and the grid. Generally, power stations take one-two years from boiler light-up to synchronisation and one to six months between synchronisation and commercial date of operation or commissioning.

Plants argue that there's less possibility of including pollution-control equipment once the boiler is lit up as they claim to be in advanced stages of construction. Of the 73 GW in the pipeline, work is in progress for completing projects of 61 GW capacity. Projects with a combined capacity of 8 GW have been stalled due to financial issues, 2 GW due to court interventions and another 2 GW due to suppliers issue.

“Last year, while issuing consents, we did not ask plants to adhere to new standards by installing FGD or SCR. Our consents are essential documents. Only after submission of our approval, synchronisation of the power station with the grid will be allowed by power system regulators," says A K Swar, Senior Environmental Scientist, Odisha State Pollution Control Board.

The Centre for Science and Environment (CSE) estimates suggest that projects of 50 GW capacity in the pipeline can install the necessary pollution-control equipment before synchronising the project. State pollution control boards, particularly in Andhra Pradesh, Bihar, Chhattisgarh, Madhya Pradesh, Tamil Nadu, Telangana, Jharkhand and West Bengal, should not issue consent to operate for these projects unless necessary commitments are made and installations happen without delay. Given excess capacity in the country, a delay in the commission of these stations even by a year to fulfil the installation of pollution control equipment should not disrupt power supply in these states.

Most of these stations have been envisaged in the 12th five-year plan. Due to various reasons they could not be commissioned and have been postponing till 2022. Also, reassessment of consents for the remaining 23 GW should be done by state pollution control boards and consents must be revised at the earliest to ensure installation of FGD and other necessary devices. Until the MoEF&CC and SPCBs work in tandem, materialising the norms on ground would remain a question. The MoEF&CC will need to take interest and drive implementation by having mechanisms in place to assess level of implementation to push the sector to compliance.

The remaining projects of 23 GW capacity installed are designed to meet the PM levels at 50 mg/N.cu.m. These projects can achieve new standards by retrofitting, says Partha Kundu, General Manager, KC Cottrell India Pvt Ltd. "Depending on the ESP design space availability and technicalities, re-engineering the ESPs to meet 30 mg/N.cu.m is possible and will not affect the synchronisation operation of the boiler. Retrofits will not require boiler to shut down.”

Meeting sulphur dioxide emission norm by these stations will not be an issue while it can be complicated to meet norms for oxides of nitrogen depending upon the availability of space with the manufacturers. “SCRs after synchronisation of the boiler would be slightly complicated while FGD installation post synchronisation should not be an issue,” says Krishna Kumar, General Manager, Isgec Heavy Engineering Ltd. SCR systems are essential to bring down oxides of nitrogen emission below 100 mg/N.cu.m. The NTPC Ltd has placed orders with manufacturers to install SCR projects in the pilot phase. Experts acknowledge that FGD and SCR installations are sufficient to meet the new mercury emission norms.

Non-compliance with the new norms would massively increase pollution from the sector. Forty per cent increase in levels of dust (particulate matter), sulphur dioxide and oxides of nitrogen – criteria pollutants – which can cause severe health damage, would become inevitable. By conforming to the new standards, these stations can cut down emissions of particulate matter by 25 per cent, sulphur dioxide (SO2) by 90 per cent, oxides of nitrogen (NOx) by 70 per cent and mercury by 75 per cent, when compared with existing state-of-the-art plants.