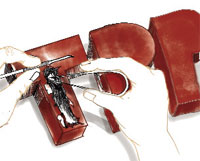 When American policymakers complain repeatedly to their government that they are being kept out of the loop on a major trade agreement that’s under negotiation then you know something serious is afoot. There have been other pacts that the US has negotiated in secret, most recently the Anti-Counterfeiting Trade Agreement (ACTA), so why is the Trans-Pacific Partnership (TPP) agreement making US Congressmen skittish? And why has the Congressional Research Service (CRS), a non-partisan governmental body that provides policy and legal analysis for members of the US Congress much like our PRS Legislative Research, published a report that highlights TPP’s dark spots?

Organisations that champion Internet freedom and a more sane intellectual property (IP) regime than is prevalent in the US have been campaigning for several years against TPP, which is now into its 12th round of negotiations and has brought on board three more countries. Included in this group are the top industrialised nations, middle income and developing countries and, interestingly, a few with whom the US has already signed bilateral or regional free trade agreements (FTAs).

Australia, Brunei, Canada, Chile, Malaysia, Mexico, New Zealand, Peru, Singapore, Vietnam and Japan are those currently negotiating the TPP which has been dubbed a “comprehensive and high-standard” FTA, the broad outline of which was announced on the sidelines of last November’s Asia- Pacific Economic Cooperation ministerial in Honolulu, Hawaii.

Going by the reactions to draft of the IP chapter leaked in August, these provisions are among the most dangerous so far, worse than even ACTA which sets maximalist IP standards much beyond what is required by WTO. Public anger is widespread in the US and a large number of academics have written a strong protest to the US Trade Representative Ron Kirk about the lack of transparency in the negotiations. Not surprisingly, industry has been privy to these controversial proposals. Reports claim that 600 corporate lobbyists have access to the text.

Should we worry about a pact that doesn’t involve us? India needs to be wary. TPP could set the template for future trade agreements since the prospects of a multilateral agreement seem unlikely with the Doha Development Round of multilateral trade negotiations stalled at WTO for more than a decade. As the CRS report released on September 5 underlines, “it is the leading trade policy initiative of the Obama Administration, and is a manifestation of the Administration’s ‘pivot’ to Asia. If concluded, it may serve to shape the economic architecture of the Asia-Pacific region by harmonising existing agreements with US FTA partners, attracting new participants, and establishing regional rules on new policy issues facing the global economy—possibly providing impetus to future multilateral liberalisation under the WTO.”

The lack of transparency on TPP negotiations has provoked yet another protest in August from Electronic Freedom Foundation (EFF), Knowledge Ecology International, Public Citizen and Public Knowledge among others. Their latest missive states that the leaked draft “uses the most restrictive threestep test language, extends the test to exceptions and limitations not currently under the test and jeopardizes countries’ ability to set what best fit their needs”. EFF’s analysis says signatory countries will have to change their domestic laws and policies to meet US requirements that are more restrictive than current international standards and further entrench controversial aspects of America’s much criticised Digital Millennium Copyright Act. The other looming threat: TPP will rewrite the global rules on IP enforcement. Analysts point out that even ACTA provides greater flexibility than what is contained in the US text in the former, financial gain is necessary to be considered “commercial scale” for prosecution, whereas in TPP “commercial scale” includes acts that result in no direct or financial gain, such as file sharing. It also seeks criminal penalties for importing counterfeit labelling and packaging whether done willfully or not. Cam-cording in movie theatres will also invite criminal penalties.

Among other fallouts of this lethal IP package is on access to medicines. Germane to this is the Trade Enhancing Access to Medicines initiative which would make patent term extensions stronger, provide for data exclusivity and allow patent linkage provisions to firms that apply for marketing approval for their products through a “TPP Access Window”.

Tailpiece: To cut the veil of secrecy, public interest advocacy groups are offering bounty to WikiLeaks or any other organisation that can leak the entire text of TPP. So far, close to $26,000 has been collected in public donations.