Must a civilisation destroy to preserve itself?

India still has the option to preserve the poem within and the tree outside. 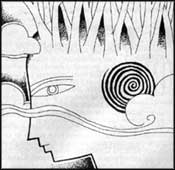 SAUL Bellow, in one of his novels, The Dean's December, anticipates the transformation of American cities into vast urban ghettoes teeming with people who are unable to cope with the jungle law of modern civilisation. These are the people whom he calls the "unwanted and dispensable population", who, like Jews in the Nazi era, are doomed to liquidation.

Such is the bleak and desolate landscape that looms over us for the rest of the century, unless, by some miracle, the entire, inexorable process is not reversed or deflected. As it is, we seem to be the helpless characters in one of Chekhov's plays, who, as they talk of poetry and love in the drawing room of a country villa, hear the swing of the axe and the ominous sound of cherry trees falling. They cannot do anything about it because the orchard has already been sold and they, the former owners, are no better than refugees in their own house.

Poetry cannot prevent the axe from destroying the orchard, and yet, it is in some mysterious way connected with the trees, the garden, the birds. A fragile dream of life is about to disappear with the loss of the orchard. We cannot save the one without saving the other. To me both are real and deserve to be saved. It is difficult to agree with my spiritual ancestors that the orchard is an illusion and that real poetry lies inside me. Nor can one believe with the modern progressives, that it is the axe that is real, for it is the historical instrument of change. Indeed, the entire mode of logic, where one can survive only at the expense of the other is misleading and unfortunate.

I believe India still has the option, though time is fast running out, to preserve the one with the other, the poem within and the tree outside. But this would be possible only if we recover the ownership of the house -- the sacred space where the Indian experiences could be expressed through multiple realities and where no single reality falsifies another. But what exactly do I mean by the term sacred space, as against the space of desolation, to which Saul Bellow refers in his novel and which threatens to engulf us all in the near future?

Let me recount a very personal experience and one perhaps worth sharing. At Kanha-Kisli in Madhya Pradesh, I rode on an elephant, with a Gond tribal as the mahout, to the very edge of the forest preserve where a tiger had been located.

We approached the spot slowly through dense bamboo groves, and then our elephant stopped. We suddenly found ourselves face-to-face with the tiger who was squatting under a tree a few yards away quietly eating his breakfast, a wild boar it had killed probably in the early hours of the morning. An eerie silence surrounded us, disturbed intermittently by the cries of langurs and the fluttering of birds in the trees. The tiger suddenly raised its head and looked at us, a quiet, serene gaze that lasted a moment -- a moment that for me was an eternity -- and then resumed it's repast, totally indifferent to us.

At that moment something happened to me -- and it is difficult to define. It would convey very little if I said that what I felt at that moment was a sensation of total fearlessness -- not merely an absence of fear, but an extraordinary feeling of what I shall call interconnectedness with the animal under me, the one before me and the animal inside me. For the first time I felt strangely human -- not in the sense of the humanists, but in the more fundamental and primordial sense of the word: where man is not the measure of things, but one among equals, humbly sharing the same space with the tiger eating, the elephant swaying, the Gond tribal quietly smoking his bidi and the trees shimmering in the sun. It was perhaps this shared space that had a touch of sacredness in it. And the space could be shared, because they were rooted, each object and animal and tree, in their proper habitat, feeling absolutely non-violent and benign to each another, including the half-eaten carcass of the wild boar, whose death was as much a natural part of the landscape as was the life pulsating in the veins of the tiger.