New paradigm for sustainable transport in Asia: words or reality?

Most of the nations participating in recently concluded Environmentally Sustainable Transport Forum presented ambitious mobility plans for their cities. But there were no takeaways on successfully implemented projects

Most of the nations participating in recently concluded Environmentally Sustainable Transport Forum presented ambitious mobility plans for their cities. But there were no takeaways on successfully implemented projects 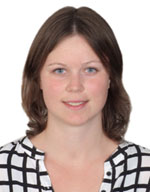 he eighth regional Environmentally Sustainable Transport (EST) Forum held in Colombo, Sri Lanka, last month stressed on a paradigm shift in sustainable mobility. Cornie Huizenga, secretary general of Partnership on Sustainable Low Carbon Transport, said that the old paradigm of “predict and provide”, which prevailed when the first EST Forum was held in 2005, has changed now.

Under the “predict and provide” system, governments aimed at “predicting” the future demand of road space and “provided” for the projected demand by building roads so as to avoid congestion. The new paradigm has grown out of the realisation that expanding roads to accommodate the rise in private vehicles is neither possible nor desirable. Instead, the focus is now on “avoid, shift and improve”, meaning that unnecessary motorised trips should be “avoided”,  the ones that do take place should be “shifted” to more effective modes (such as public transport) and the environmental performance of all forms of transport should be “improved” through measures like use of more efficient fuels.

At the EST Forum that ended November 21, several ambitious plans and policies were presented by developing countries participating in the conference. However, examples of implemented projects and achieved results were largely missing.

The host city, Colombo, presented its urban transport master plan, which, if adopted, will guide the city’s transport development for the next 21 years and aims to achieve the objectives of equity, economic efficiency, environmental improvement and traffic safety. The ambitious plan includes the identification of seven busy corridors and how these will be improved through modernisation of the existing rail track, construction of a new monorail system, a new bus rapid transport system and bus priority lanes. These will be integrated through multi-modal transport hubs and complemented by a sub-centre urban development and traffic demand management measures to reduce the demand for travel. Pedestrian-friendly infrastructure such as good-quality sidewalks is already in place in much of Colombo’s city centre and will be expanded further.

Though this type of comprehensive plan is without doubt needed for all major cities, the main question now is how it will be financed. The total investment, maintenance and operational costs until 2035 are calculated at around SLR 2,780,900 million or approximately USD 21 billion, out of which USD 7.5 billion is needed over the next six years. Though Japan International Cooperation Agency (JICA) has pledged to fund one of the identified transport corridors, there is still a major deficit in the budget for implementing the complete plan, especially in a short term. 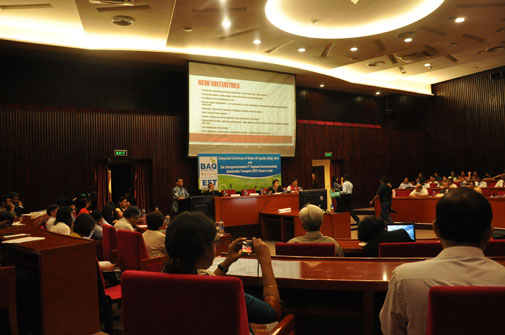 Thailand also has ambitious plans for increasing sustainable urban transport, especially in Bangkok, its capital and only large city. This includes better integration and expansion of its various mass transit systems, such as metro, skytrain, express boats and bus rapid transit. The authorities have also initiated plans to expand non motorised transport schemes, such as bike sharing and dedicated cycle tracks. As in the case of Colombo, the proposed projects are the need of the day, but it is not clear how they will be funded and whether national and local budgets will be sufficient.

Plans for large-scale public transport infrastructure developments were presented by several other participating countries. Vietnam, where private motorcycles are the main mode of transport, is building urban rail systems in both its major cities, Hanoi and Ho Chi Minh City. The objective is to increase the modal share of public transport in urban areas from the current 8 per cent to 25 per cent by 2020. However, it was unclear how these new systems will be integrated with buses and last-mile connectivity to achieve this target.

Indonesia has set a target of reducing its overall green house gas emissions by 41 per cent compared to the business-as-usual scenario in 2020 and has identified transport as one of the sectors for achieving this, as it accounts for 25 per cent of energy-related emissions. Plans include the construction of Jakarta’s first metro line and pilot projects to increase public and non motorised transport in seven cities in different parts of Indonesia. An implementation plan for the next four to five years, with measures such as bus rapid transit corridors, pedestrianisation of central roads, bike lane constructions and parking measures, has been prepared for each of the pilot cities and implementation will begin in January 2015. The project is coordinated by the national ministry of transport and funding has been secured through official development assistance, but it is the cities themselves which will be responsible for the implementation.

Curiously, China, a country which is already undertaking massive sustainable mobility projects in several cities, was largely absent and did not even turn up at its country presentation breakout session. According to the Climate and Environment Service Group-Shanghai (CESG), the total length of metro systems in the city increased from 507 km to 2 280 km between 2006 and 2013, and bus rapid transit networks increased from 75 km to 547 km and light rail transit from 22 km to 106 km in the same time period  Public bikeshare systems first appeared in China in 2008 and has since then infrastructure for it has been built in 102 cities with more than 680,000 bicycles at 22 000 stations,  though no examples from these projects were presented at the EST Forum.

This raises the question of the real purpose of the EST and why countries choose to participate or not. Is it really held to facilitate dialogue and share best practices between the Asian countries facing similar issues or do country representatives only consider it a place to present future plans and secure financing for them? Many countries are facing serious budget constraints and do need external funding to create sustainable transport systems, as future costs—economic, environmental and social—is bound to rise phenomenally otherwise. However, there is also a need for cooperating and knowledge sharing between developing countries. Instead of presenting all metro lines and bus rapid transport systems, which are under consideration or being built, why not take an in-depth look at how the existing BRT has impacted mobility in Jakarta and which lessons, good and bad, can be learnt from this? If not in an intergovernmental forum on environmentally sustainable transport, where is this knowledge sharing supposed to take place?

A paradigm shift on what environmentally sustainable transport is, has taken place in the last decade within the EST and this is without a doubt a step in the right direction. Now the question is: in which EST forum will the next shift appear, when the participating countries move from speaking of planned changes to presenting the results from them?