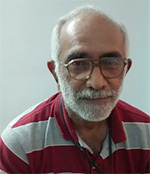 If this were to be applied to two disparate individuals whose recent diatribes have shown this trait, Pope Francis and Prime Minister Narendra Modi would aptly suit the bill. As I have already mentioned, the disparities between the two individuals are quite obvious.

While the former is the anointed head of a long line of individuals who have headed a cult-worshipping man (born by a process of parthenogenesis, who came back to life after being killed and then ascended bodily to heaven), the latter is the elected representative of the largest democracy on Earth, representing more than a billion people belonging to various religions, faiths, atheists, agnostics and the like. But, that is where the similarity ends.

While Pope Francis is desperate to defend the patriarchal concept and image of god, that is of an old man (mind you, MAN) with a long beard sitting on the top of a hill with a deep bass voice hurling thunder bolts at those who dare to defy his dictates, Modi is trying to pamper the egos of a population which wants to be known as the fountain head of all that was necessary to know or to be known.

As science progressed, the concepts of origin of the Earth and life started falling apart. The Roman Catholic church tried its best to stifle dissent through inquisitions, censorship and the like. But the progress of science was so fast and widespread that it had to do things to stay relevant. While the apologies to the cock-and bull-stories of the old and new testaments were made by claiming that these were not literal but allegorical!

India, however, is a country with a massive inferiority complex, brought on by a variety of invasions and the rule by a nation of traders with white skins (which was replaced by a party which again owes its origin to white skin, ruled again by a party headed by a daughter-in-law with her nativity of white skin).

Overthrow of this domination by Westerners led to a catharsis, headed by a person of humble origins, but essentially one of our own, heading a party which again has totally “swadeshi” origins. Having established that, it became necessary to replace the Western-dominated “education”, science and everything that can be pointed out as decadent.

While science and technology cannot be wished away and most of it coming visibly and tangibly from this so called “decadent West”, how does one go about establishing the superiority of one’s own? The easy way would be to rewrite history.

One does not need a shred of evidence for that. Claims should be sufficient – well, everything from the light bulb to space travel had its origins in our subcontinent since there have been mentions of that in some mythology or the other. It could be anything from aeroplanes to test tube babies!

That reminds me of the days of Cold War when there used to be glossy well-printed text books on scientific topics from Russian publishers which would be available for a pittance in some select book shops. Every discovery or invention, which was useful to the modern world, was claimed to have been discovered or invented by a Russian a few years or decades before the event happened in the West. But, the same was not publicised either due to conspiracies hatched in the West or the negligence of the originator to publish/patent/manufacture the same.
With the end of the Cold War, these publications ceased to exist and probably history changed too, with none disputing the claims of the West. Of course, there have been some claiming that all knowledge from embryology to space science was in the Koran. But they are in fringe groups with not much credibility.

Coming back to the Catholic church, they have apologised to Galileo and agreed that Darwin could have been right.Their latest statement is that Big Bang could have happened and that god is not a magician with a wand who could bring about miraculous events.

Well, if not, what is god would be our next question to Pope Francis: colourless, odourless, tasteless, formless, omniscient, omnipotent entity who “created” everything? If so, how did this creator come into existence? Again by parthenogenesis like the figure worshiped by the religion which he preaches? If yes, what is the origin of the previous one?
Of course, one could always say, like the Chinese, that the world was being held up by an elephant standing on another one of its kind and so on. When asked what was supporting that one, the reply was, “Don’t be stupid, it is elephants all the way down!”

When asked whether this statement was to announce to the world the importance of science, I remarked that science has progressed in this world with the Roman Catholic church, without it and in spite of it too!

The Roman Catholic church was one of the biggest opponents of reasoning. Even if reasoning were to be encouraged, it would be to a certain limit and that limit would be set by the ruling individual.Individuals have been trying to change these levels by raising the limits each time, but still, the limits have to be set with anathema to any self-respecting scientist. Science does not like limits, that too set by heads of cults worshipping mythical figures.

As for the prime minister’s “make in India” invite, the world would like to know whether that is demonstrated by “making” our own version of history. One would do well to remember that both are desperate individuals – one trying to hold together his crumbling empire racked by scandals, dissent and an octopus-like grip of a cabal surrounding him. The other is trying to hold up what can be called as Hindu pride, supported by a section of the population here and more so, the NRIs who are grazing in greener pastures but, would like to reminisce about the glories of our past without wanting to come back to where it all originated.

Narendra Nayak is a well-known rationalist and president of the Federation of Rationalists Association of India. He teaches biochemistry at Kasturba Medical College in Mangalore, Karnataka, India