Revisiting Gandhi in the age of social media

For the Mahatma, “science without humanity” was one of the "seven deadly sins", due to which, people could become slaves or victims to technological colonisation. It is something that is really happening in this "Age of Selfies" 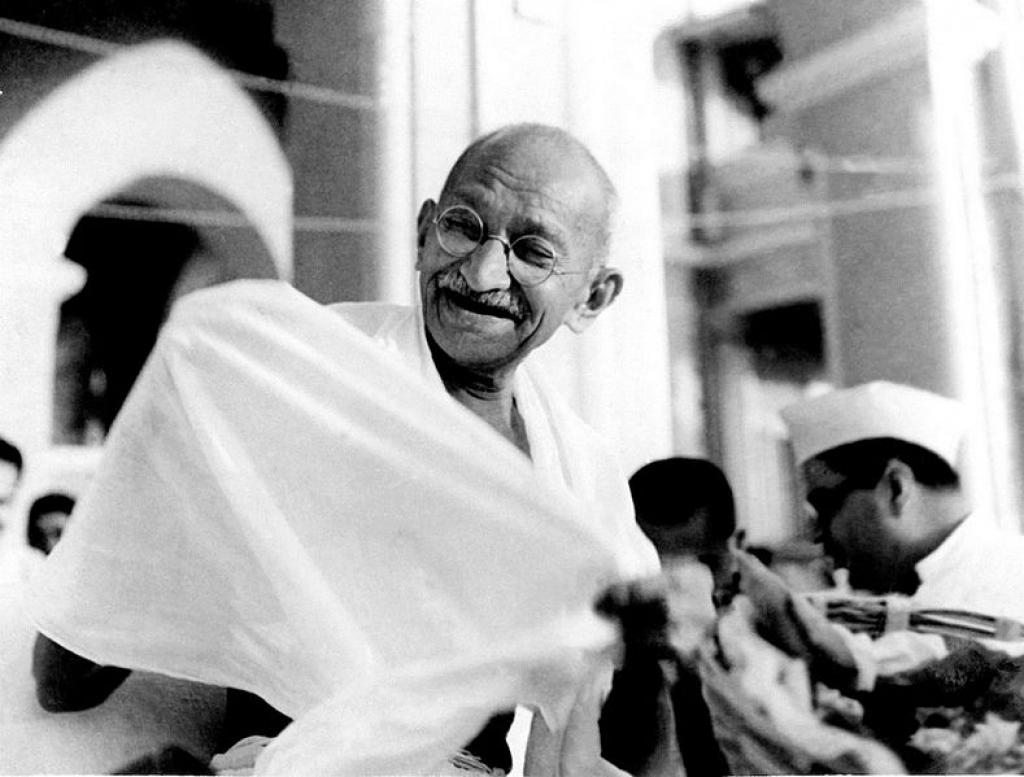 With Twitter launching a “Gandhi Emoji” to commemorate Mahatma Gandhi’s 150th birth anniversary year, a little reflection on Gandhiji’s three wise monkeys in the present day and age of technology-driven communication becomes significant, especially when we as a collective are moving towards a detached version of ourselves, excessively indulgent and co-dependent on a technology-ingrained existence. When Gandhiji enumerated his idea of the “seven deadly sins”, he also identified “science without humanity” as one among these sins, according to which, we may become slaves or victims to technological colonisation, that may eventually leave us bereft of values and emotions—attributes that form the moral fibre of societal harmony and coexistence.

While the idea of hearing, seeing and speaking no evil encapsulates the essence of positive social transformation and a process of self-catharsis; in today’s all-pervasive presence of Artificial Intelligence, human disconnect and cognitive dissonance are glaring realities, moving us to a dangerously lonely place. For instance, in February 2018, the BBC launched the Loneliness Experiment, according to which, around 55,000 people completed the survey, making it the largest survey ever on loneliness up until then (BBC, 2018). In an ever-increasing connected world, such statistics need deeper introspection, as the societal deprivation of physical, interpersonal and human connectedness need to be revisited and re-explored.

Speak, See, Hear No Evil: Do we have a choice?

While the idea of social media as a public sphere took off with a focus to democratise the space, the fact that we are resorting to social media detox and fasts today, reveals a grim picture. The resulting decline in the interpersonal association is due to the limited choice of architecture that we seem to grapple with, with increasing domination of virtual means of communication. For instance, in an age when Indians are spending close to three hours a day on their smartphones (The Economic Times, 2018) seeing no evil is almost a redundant idea considering we have no or little choice to choose what we consume—all that appears on our timelines, walls, phones, chats, and screens. That we have the option of later blocking, banning, deleting comes into play much later. Similarly, with increasing online abuse and trolling, the public sphere has metamorphosed into a frigid space, where one has no choice but to consume comments, reactions, dislikes before one can opt to “restrict, ban, or limit.” Since the three tactile senses of hearing, seeing and speaking move together, our reactions run in tandem.

As a result, our co-dependency on technology, in turn, increasingly dominates the fundamentals of necessary communication. From shopping, guided meditations, to the new normal of succumbing to notions of self-aggrandisement via being “active” on social media platforms— physicality of interpersonal interactions and the consequent lack of empathetic exchanges have led us to a detached space, the sense of being where we are unable to “feel”, or “emote” ourselves adequately.

Consider some statistics to corroborate the sense of this. In 2017, according to a report in the Economic Times (2018), Indians downloaded 12.1 billion apps on their phones and tablets. Not only does this indicate rampant automation, which has often been one of the criticisms of the Third and Fourth industrial revolutions, but also reflects the “digitisation” and “dehumanisation” of sentiments. While brevity may be a great charm of eloquence, as once quoted by Marcus Tullius Cicero, replacement of human communication with digital expression is moving us to a disengaged public sphere, where everyone connects via copious friend lists, yet human exchanges remain limitedly authentic or real, thereby thwarting evolution of critical human senses needed for overall cognitive development and emotional intelligence. It is no secret how emoticons are no longer objects of decorating expression but have rather abbreviated the basic dialogue. LOL, ROFL, HBD, GM—pleasantries, and gestures have never been this succinct. For instance, according to Firstpost (2017), more than 90 percent of the online population uses emojis and emoticons, in their texts and emails. More so, in this already “monologic” terse model of communication, we are usually not sure how to interpret messages, thus devaluing the entire cycle of communication in itself; the overall tone and tenor dissipated; imagination and creativity evaporated; owing to the instantaneous nature of messaging and quick fixes.

For instance, the concept of “Nexting” (messaging people available next door) has become common, cocooned in a silent microcosm, where silence and isolation dominate the conversation. This displacement in communication is lethal to our cognitive abilities, as emotions are best expressed, emoted and felt, not “read” with two blue ticks, emojified or merely typed, and sent.

In this context, it is important to remember that Gandhiji’s idea of development and self-awareness revolved around virtues of perseverance, tenacity, and humility, which in turn have been eclipsed by the “age of selfies” and a self-congratulatory hubris. Gandhiji’s work on Hind Swaraj, the importance of Charkha, and his opinion on handicrafts as an essential component of curricula in schools focused on indigenous methods to conserve and preserve our value system and the local economy. It was because of his foresight on colonial monopolisation and the consequent erosion of indigenous skills needed for self-reliance and sustenance that he focused on the power of imagination, creativity and organic pedagogy of education. He worried that machines may eventually displace labour, which is now becoming the new normal in the age of Artificial Intelligence. With threats of technological alienation, climate change, and displacement of labour manifesting themselves into a non-empathetic human agency, it is vital to revisit Gandhian idealism and values towards more peaceful coexistence. Mere optics and symbolism of “Gandhiji’s Charkha” and “Khadi environmentalism”, need to be replaced with his virtues of engagement, conversation, and people-people dialogue—which he demonstrated by touring the entire country on his return in 1915, much before espousing his idea on decentralisation and development. 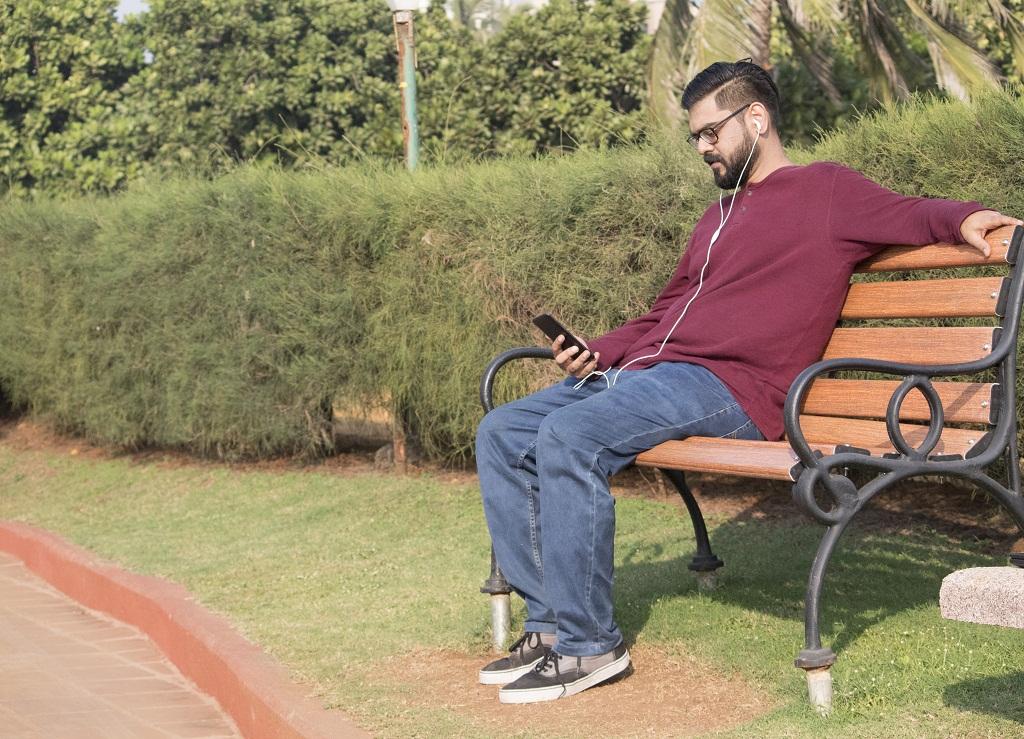 (A man busy on his smartphone. Picture for representative purpose only     Credit: Getty Images)