From jewellery, to food and medicine, shells have served many purposes

The sea shell is usually what catches the eye of every visitor to the sea shore. These natural wonders, strewn along coastlines, are created by snails, clams, scallops, and other marine molluscs, soft-bodied animals inhabiting almost all ecosystems on Earth. Like the skeleton inside the human body, most molluscs wear their skeleton (shell) outside the body to protect their soft bodies. Shells have had varied purposes down history—as cowries they were used in trading, they have been valued as ornaments and as fertility gifts. Shells have played a significant part in Central American, African and the Mediterranean cultures.

The outer organ called the mantle concentrates calcium in the form of crystals from the blood of the mollusc, a rich form of calcium.

Because of the interest in shells there are a growing number of conchologists who study them. But one must note there is a distinction between shell collectors and conchologists.

One of the most highly priced shells is the glory of the sea (Conus gloriamaris) which was one of the most sought after and rare shells in the world. It was priced at US $1,000 per piece till 1957 as only a dozen specimens were known to have existed. There are two interesting representatives of the family in India: Conus milneedwardsii and Conus bengalensis that are much sought after by shell collectors. Collecting these shells is step one; washing and cleaning follows. One has to be sure there is no decomposing matter, sand particles, debris or even hermit crabs inside the shell. If this goes unnoticed, a foul smell emanates, distressing the collector.

For the enthusiastic collectors, identifying shells can be done with the help of images available on the Internet or through consultation with experts. These nuggets from the seashore can be then preserved and maintained in labelled boxes or displayed in a dust free environment. If a coating of varnish has been applied for shine, the actual colour of the shell is lost.

Taxonomists form another group of shell collectors but differ from others as they work on the diversity of shells based on their morphometric and meristic characters. They try to identify the various types of shells from different environs narrowing down to the species level. In the Indian context, the Union Ministry of Environment and Forests has put a ban on certain species of shells, which are considered to be endemic, endangered and indiscriminately collected (see the ministry’s website). An important note to shell collectors is to put the shell back into water if the animal inside is intact. Doing so can help protect, conserve and maintain future stocks of the marine molluscs. 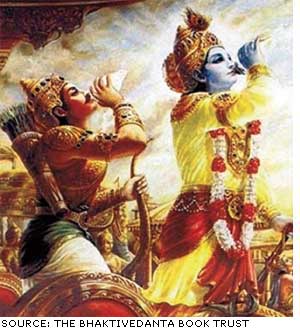 There are many fields of research for molluscs. Studying the evolution of marine molluscs is part of paleontology (study of fossils). As they are very hardy (stay out of water for a longer period) they are used as experimental models by many scientists around the world. The colour sepia is named after the cuttlefish Sepia, a cephalopod mollusc. They are also cultured for food in many Southeast Asian countries, in Japan, in the Caribbean and Polynesian islands. The popular ones are oysters, mussels, clams, cockles, scallops, abalones and tritons. People in Kanyakumari district of Tamil Nadu and south Kerala consume mussels.

Conchologists also study shells for their medicinal value in pharmaceuticals, marine biotechnology; they are used as important ingredients in traditional medicine. Popular research is on for the conus venom Conotoxin, and for Cephalotoxin, the ink of cephalo-pods and the ink of certain internal shell bearing gastropods. A visit to the beach is indeed made worthwhile by these treasures buried in the sand with a tale from the oceans.