After raising the political profile of village councils, government wants to downsize them

After raising the political profile of village councils, government wants to downsize them

It is a tendency that cripples India’s attempt to make democracy participatory and effective. First, the government empowers gram sabhas (village councils) to take up development planning within the Panchayati Raj framework and equips them with provisions to make their consent necessary in almost all development programmes. Then there is a parallel effort to dilute the vested powers. Since last year, when the Supreme Court asked Vedanta to seek consent from village councils for approval of its mining project in Odisha’sNiyamgiri, both the government and the business house have developed serious resistance to these basic village bodies. This is the body about which Prime Minister NarendraModi, when he was the chief minister of Gujarat, said: “The gram sabha must be as important for the village as the LokSabha is for the nation.” 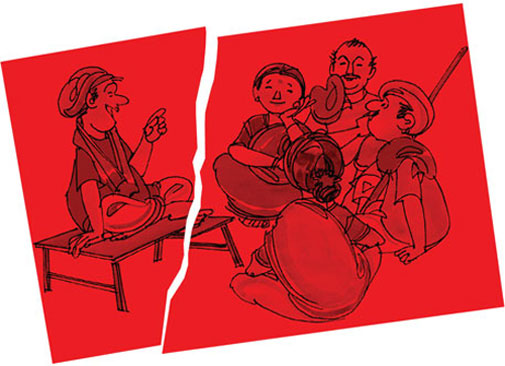 His party being given a thumping majority in the LokSabha, he needs to implement what he said. But within a month of assuming power at the Centre, Modi’s Cabinet minister in charge of rural development has hinted at dilution of the village council consent provision in the land acquisition law.

The Centre is thinking about amending the Right to Fair Compensation and Transparency in Land Acqui- sition, Rehabilitation and Resettlement Act that came into effect from January this year. NitinGadkari, the Central rural development minister, in a recent statement said that the law would be amended as there is an increasing demand from state governments and industries to do so. Under the new law, developers have to get the consent of up to 80 per cent of the people whose land is acquired for private projects and of 70 per cent of the land owners in case of public-private partnership projects.

There is already a debate over the provision of seeking village council’s consent under the Forest Rights Act to divert forestland for development and infrastructure projects. Though the Ministry of Tribal Affairs has been opposing any dilution, given the demands from industries, the debate is gaining momentum.

This is for the first time that Central laws having direct bearing on project clearances factor in village council as an institution of importance. But the attempts to dilute these provisions spell doom for deepening democracy at the village level. The village councils are already facing marginalisation at the hands of local bureaucracy and the political class. For almost all development programmes, the village council identifies beneficiaries and supervises implementation. But an overbearing bureaucracy has already stifled this power.

A recent evaluation of the Backward Region Grant Fund, a Central government funded programme that gives additional budgetary support for participatory planning and infrastructure development in 254 districts, brings this out starkly. The Planning Commission’s scrutiny of the programme found negligible participation of local communities in the programme’s implementation. The nodal platform for seeking community participation is the village council. According to the evaluation, only 15 per cent people participated in the village council meeting in rural areas. For a programme that is supposed to bridge the development gap in backward districts by empowering people to plan their own development, this is bad news.

Why don’t people participate? Many studies attribute this to the bureaucracy going against plans proposed by gram sabhas. If this continues, communities will reject the institution of gram sabha. Its only fallout will be a severe development disconnect. Ironically, the village council came to existence just to bridge this disconnect. Now as the village institution is being readied to play more important roles than just identifying beneficiaries, the government talks about dilution of their power. The land acquisition law is a test case for proving our commitment to local democracy. As for Modi, he has to walk the talk.