The conservationists steered clear of monoculture to focus on a holistic process of replenishing the soil, water and biodiversity 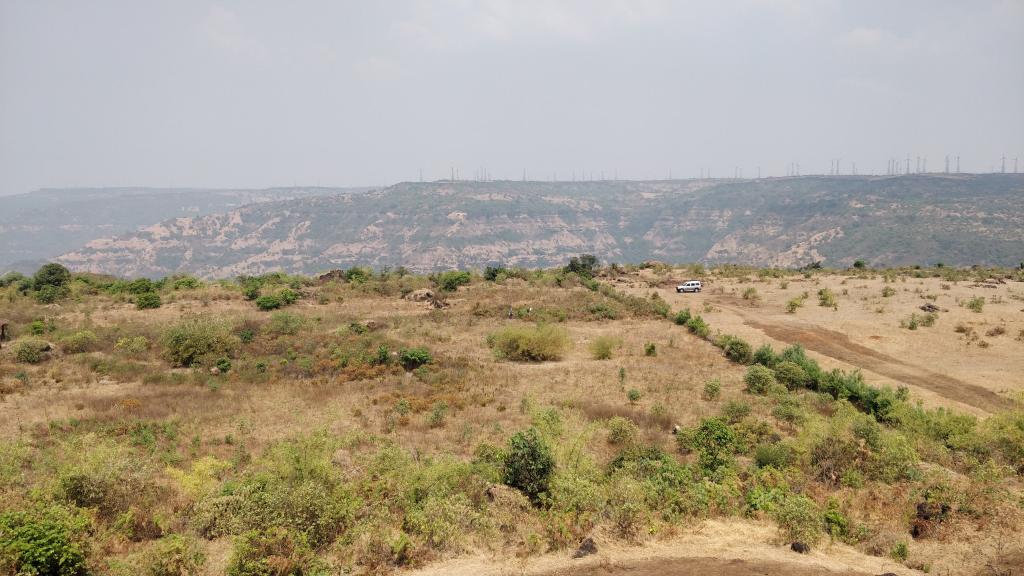 Planting trees is the preferred solution when it comes to conservation of nature. Often monoculture of non-natives species is done wherein only one species is planted uniformly. These plantations do create greenery and have certain benefits but don’t create an ecosystem.

It is necessary and possible to go beyond this solution and help nature in a holistic way, using the concept of ‘restoration of nature’. The results are beneficial to soil, water and biodiversity.

We witnessed this process during one of our projects in the village of Wan-Kuswade in Maharashtra, a part of the Sahyadri mountain range. Here is the story of this restoration effort.

(How the land was transformed over 14 years. Source: 'oikos: for Ecological Services'.)

The 24-acre piece of land we have been working on since 2006, is owned by actors Atul Kulkarni, Dhiresh Joshi and their families. They bought this land to conserve nature and spend time away from cities.

They approached ‘oikos: for ecological services’, our ecological enterprise, to executing the restoration work. We had worked on more than 150 land parcels since 2002 and suggested conservation through restoration.

First, ecological assessment of the entire watershed of Wan-Kuswade village was done. The stream network, geology, forests and sacred groves (Devrai), biodiversity distribution within the catchment was studied to understand the natural set up of the surrounding area and its relation with the project land.

Seasonal assessments were done to document the entire array of biodiversity thriving in the landscape. This area should support semi-evergreen forests but what you see within the watershed is fragmented patches of forests scattered within the vast open areas with grasses and shrubby clusters.

The project land was part of such degraded open areas.

A detailed assessment of the project land was done to understand existing status of soil, habitats and distribution of floral and faunal species. Part of the land is flat and some have a gradual slope.

The flat part hosted grasses with very few shrubs and a single Anjani (Memecylon umbellatum) tree. On the slope, however, there were many shrubby clusters with sparsely standing trees.

This baseline study was completed in a year. Then, the direction and purpose of the work of restoration was decided.

The objective was set to improve the texture and strength of the soil, to increase its moisture retention capacity, so that the biodiversity would increase and grow naturally.

This process is also known as assisted natural regeneration. Specific restoration techniques were designed for the same:

Protection is extremely important in any restoration project to prevent and stop external pressures like a) grazing by cattle b) fire set deliberately by locals and c) cutting of trees by locals.

This protection was assured by erecting a dry thorn fence along the boundaries. A live hedge was also created by planting local shrubs like Nirgudi (Vitex negundo), Karvi (Carvia callosa) and selected trees (Ficus species).

In addition, a ‘fire line’ is created every year to prevent fires from entering the project land, wherein a 10-feet wide belt is burnt deliberately and carefully to cut off continuity.

For soil and water conservation, various physical structures were constructed like stone lines, stone bunds and ponds. These were done using locally available stones. The use of cement or any external materials was completely avoided to keep the carbon and ecological footprint of the project to the minimum.

Specific erosional features were identified and repaired as needed. In certain places, habitats were created by arranging stones in a specific manner, piling up leaves and by planting host plants and food plants for birds and butterflies.

Local grasses were given special importance by offering complete protection to them. Plantation of suitable native plants is being done every year, though the aim of the project is not plantation or quick afforestation.

Native plants are selected carefully as per the site-specific soil and moisture conditions. Initially hardy species were planted and then more common and rare, endemic species were added. Seed dispersal is also done every year at suitable places.

Various positive changes were observed over the years.

From the observations, it can be said that the diversity of natural habitats on this land patch has improved. Interestingly, the neighbouring patch of the land is still at the same stage the way it was 15 years back, and the contrast is striking.

This project land has climbed up two stages on the ladder of ecological succession: A process of going towards maturity of ecosystem and the correct path of forest formation. While it is difficult to say how long it will take to reach the goal, a wait of 20-50 years seems natural.