Centre’s regulations do not specify whether cogenerated power is renewable, leaving industrial units which recover waste heat in a fix 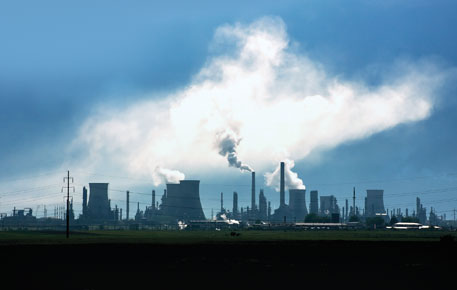 A two-pronged dilemma faces the Central government. Should it exempt industrial units cogenerating power from renewable purchase obligation (RPO)? And, should it leave it to the states to interpret the meaning of renewable energy from its policies on cogeneration?

Many industrial units in the cement, steel and other sectors, which use coal or natural gas as primary fuel, have been demanding exemption from RPO. The obligation makes it necessary for such units to meet part of their power needs from renewable sources. Many of these units, which have filed petitions with their respective state electricity regulatory commissions, want that energy produced through the waste heat recovery (WHR) system should be considered valid for meeting the obligation.

The WHR system recovers high energy content from exhaust gases. In its Policy for Captive & Co-generation Plants, 1996, the Ministry of Power defines cogeneration facility as a unit which simultaneously produces two or more forms of useful energy, such as electric power and steam. Industrial units use this energy to generate power or in various industrial processes, thus increasing its efficiency and saving costs.

WHR should be considered renewable, contend industrial units. The United Nations Framework Convention on Climate Change considers electricity generated through WHR as green, therefore, such projects are eligible for earning carbon credits, they say. However, carbon credits are earned for reducing CO2 emissions, not for generating renewable energy.

However, the Ministry of New and Renewable Energy (MNRE) accepts cogeneration only as part of biomass utilisation, specifically focused on bagasse-based cogeneration in sugar mills. It does not accept any other form of cogeneration as renewable energy.

P C Maithani, director, MNRE, says, “Section 86 (1) (e) of the Electricity Act specifies cogeneration using renewable sources of energy only. Cogeneration from fossil fuel-based source is neither intended nor relevant in the context of meeting RPOs.”

The Gujarat Electricity Regulatory Commission joint director D R Parmar concurs, “Cogeneration should be considered as an energy efficiency option and should not be linked with RPO.”

There is ambiguity in the language of the Electricity Act, says a government renewable energy expert who did not wish to be named. Different results have therefore, been arrived at from different analyses. “Section 86 (1) (e) is open to interpretations. Some can conclude that both cogeneration and renewable energy are to be promoted equally. Others can construe that cogeneration from renewable sources and electricity from renewable sources are to be promoted,” the expert says.

Of the 29 states, 27 have imposed RPO on power distribution licensees, captive users and open access consumers. Karnataka, in its RPO regulation, specifically recognises biofuel cogeneration as renewable energy source along with all the other MNRE-recognised sources. However, some states, such as Uttar Pradesh and Tamil Nadu, have added “sources identified as per state policies” as renewable power. This has increased the confusion as different stakeholders have different interpretations for this.

Karthik Ganesan of the Council on Energy, Environment and Water supports the RPO reprieve for WHR compliant units. “The WHR system is expensive. Companies should have an incentive to invest in them and to bring to scale the manufacturing capacity for WHR boilers in the country,” he says. The decision on exempting WHR systems from RPO should be left to the states, he says.

Clearly, the Centre needs a policy that can lift the cloud of confusion.