While the Centre has rightfully recognised medical devices as a separate category for policy making, its decision to allow 100 per cent foreign investment in the sector will threaten domestic players

WITH THE hope of making healthcare affordable, the Centre on December 24 last year allowed 100 per cent foreign direct investment (FDI) in medical devices sector. The policy also recognised medical devices as a separate category for the first time which was till now a part of drugs.

V K Subburaj, secretary, Department of Pharmaceuticals, says the move will reduce India’s excessive dependency on imports for medical devices which at present stand at 85 per cent. The country is ranked among the world’s top 20 medical device users by UK-based research group Espicom. And domestic manufacturers say the demand is increasing every year.

Though the government is right in reading the challenges faced by the industry, the solution, fear manufacturers and experts, has the potential to worsen the situation. Rajiv Nath, coordinator of the Association of Indian Medical Device Industry, says the decision will create problems for small manufacturers. Nath’s concern stems from the fact that most medical device manufacturers in the country are small when compared to global manufacturers. He says just 50 domestic manufacturers have over Rs 50 crore turnover in medical devices and most of the others are even smaller.

“The move to allow 100 per cent FDI in brownfield projects would make small manufacturers easy pickings for MNCs,” says he. Shobha Mishra, director of health services at industry body FICCI, says that while the move will help startups get funding, “acquisition of small manufacturer by multinationals” is a fear the government needs to address. 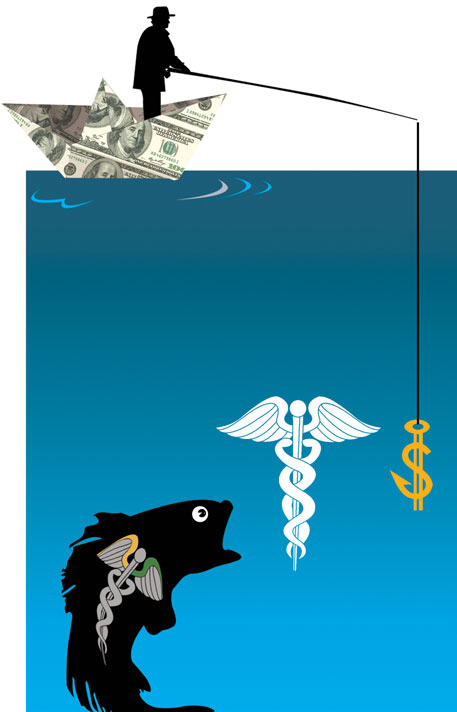 Domestic manufactures have, however, welcomed the decision to create a separate category for medical devices for policy making. As per the Cabinet order, medical devices will now fall under the medical and dental instruments and supplies category. Sanjay Banerjee, chairperson of the India chapter of the Advance Medical Technology Association, an international group of medical device manufacturers, says it was a long-standing demand which has finally been met.

Allowing free flow of foreign funds is a practice followed in the US where big manufacturers control the sector. Experts say India should, instead, follow the model found in Japan, Europe, China and ASEAN countries that creates an environment conducive for small and medium manufacturers.

K M Gopakumar from non-profit Third World Network says foreign investment is not required because the country is already capable of manufacturing most medical devices locally. “But they (local manufacturers) are unable to reach the people because of a nexus between multinationals and hospitals,” says he. This could have been addressed if the new policy had preferential clause to push domestic manufacturers, a practice popular in most developing countries. China, for example, gives a 15 per cent preferential pricing to local manufacturers. Indonesia, Malaysia, Jordan and Turkey pay 15 to 20 per cent higher price to domestic producers than MNCs while awarding public health tenders. Even the World Bank gives preference to domestic manufacturers in its public health tenders.

Manufacturers also say the country should increase import duty on medical devices by at least 10 per cent. Nath says such moves will make manufacturing more viable in India and will attract domestic investors in the sector. This is better than importing because “almost all devices present in developing countries have been designed for use in industrialised countries”, says a 2010 World Health Organization report.

The reason healthcare devices are expensive in the country, says Gopakumar, is because the sector has no price control and the existing policies encourage imports. “The import duty on finished devices is lesser than importing individual parts for a device,” says he. This highlights the government’s willingness to benefit multinationals.

Experts say that the country’s growing demand for medical devices should be met by domestic players and not by multinationals. This, they say, will happen only if the government creates a more conducive environment that will allow domestic players to grow.