A dedicated group of botanists, ayurvedic practitioners and pharmacologists are showing rural Keralites that all the medicines they need, grow in their own backyards 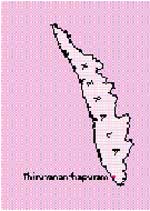 in a bid to revitalise local health traditions and dietary habits, the Tropical Botanic Garden and Research Institute ( tbgri ) in Palode, Tiruvananthapuram, has started a grassroots-level programme called "Herbs for all, Health for all, by 2000 ad" . By recognising and scientifically evaluating and validating these knowledge systems, the project aims at making people more self-reliant and selective in their approach to health and nutrition. It also seeks to promote the conservation of medicinal plants and the concept of home remedy.

According to P Pushpangadan, the director of the tbgri , "For the past few decades, the trend has been to adopt dietary habits and health practices that are unhealthy and unscientific. Meanwhile, our time-tested and precious local traditions have been neglected, something that cannot be justified on the basis of proper scientific evaluation. As a result of this, the health of the people has suffered, a fact proved by the growing number of cases exhibiting deficiency symptoms and physiological disorders."

The programme places special emphasis on primary health care. Pushpangadan strongly criticizes the practice of administering antibiotics to children as it severely affects their nervous systems. "A number of remedies available in the traditional systems for mild problems like fever, cold and gastro-intestinal disorders do not produce any side-effects," says Vinodkumar, a junior scientific assistant in the ethnomedicine and ethnopharmacology division of the tbgri . According to Vinodkumar, people in rural areas relied entirely on herbal remedies till a few decades back. Only at times of grave danger did they approach practitioners of modern medicine.

The programme, currently in its second phase, was started in November, 1995. The first phase covered four villages in Thiruvananthapuram district -- Panangode, Pampuchatthamana, Naraneeli and Bharatannoor -- where the population is primarily engaged in agriculture. The second phase of the programme is to cover four more villages of the district. During the third stage, the tbgri is planning to extend the programme to the whole state. The programme has been funded by the tbgri, the Kerala State Science, Technology and Environment Committee and the Foundation for Revitalisation of Local Health Traditions.

During the first phase, 20 women from each village were trained on the importance and the use and conservation of medicinal plants. They were also provided information on the nutritive value of locally available fruits and vegetables. The programme was conducted by a team of tbgri scientists comprising of an ethnopharmacologist, a modern medicine specialist, an ayurvedic expert, a botanist and a co-ordinator. The training sessions -- which were conducted at the tbgri -- also taught them how to prepare herbal medicinal formulations and treat common ailments like cold and fever. The women became acquainted with various types of herbs, fruits and vegetables available at the tbgri and were encouraged to nurture these plants in their own gardens at home or on available plots. The Institute has a 10-ha garden where a large number of plants are grown. After the programme was over, the women returned to their respective villages to train 10 others.

The tbgri also supplied seedlings and saplings of local varieties of fruits, vegetables and medicinal herbs free of cost to the villagers, during the first phase of the programme. In addition, bamboo saplings were distributed to encourage local artisans and the handicrafts industry, which constitutes an additional source of income for the villagers. The Institute also encouraged the villagers to collect plant samples from neighbourhood forests and sacred groves.

"Special training for the scientific collection of leaves, fruits and vegetables has been given," says Pushpangadan. For example, certain plants like Andrographia paniculator (an anti-pyretic herb called kalmegh in Hindi), should be collected only during the rainy season while root plants should not be collected during the monsoons.

According to Vinodkumar, the first phase of the programme was an unexpected success. "About 800 families have benefited from the project. We have been conducting regular visits to the villages in order to monitor the programme and provide people with the necessary instructions. Initially, the villagers were a bit reluctant to approach the Institute for help and clarifying queries. Later, they themselves started approaching us with all kinds of inquiries. This has been an encouraging sign," he remarked. The tbgri team circulated a questionnaire to assess the health of the villagers in order to ascertain the benefits of the programme.

According to Shanavaz Khan, technical co-ordinator of the programme and a scientist with the tbgri , there has been a remarkable change in the attitude of the villagers, after the completion of the first phase. "Earlier, the villagers were not involved in the conservation of medicinal plants. But now they are cautious and bring in any new plant they discover to the tbgri for identification." The completion of the first phase also finds the villagers self-reliant. "A core group of selected women are involved in the preparation of drugs for mild ailments in the villages," says Khan. As for the role played by traditional healers in the project, S Rajasekharan, head of the Ethnomedicine and Ethnopahrmacology division says, "Initially, some of the traditional healers had a doubt that their hold over the villagers may get lost. But now they are actually involved with the programme."

The tbgri has prepared a compilation of the local varieties of leafy vegetables, fruits and those items that traditionally constitute the staple food of the people of Kerala. This knowledge is to be used for maintaining a health profile of the state. According to P Pushpangadan, "The second phase of the programme shall look into certain socio-economic aspects like unemployment. We are also encouraging locally-oriented technologies to suit the needs of the people." Additional funds are being sought to successfully complete the second and third phase.

For the tbgri , the success of this project ultimately hinges on two things: on the effectiveness of the message and on whether the state will adopt the programme as an alternative approach to health management. As things stand now, the Institute is confident that both these factors would move in the desired direction.