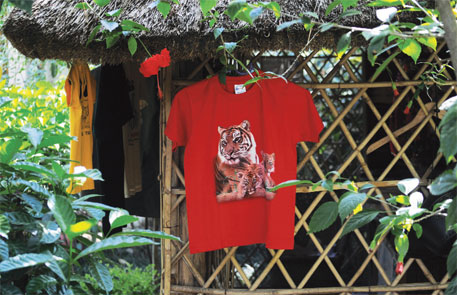 The Supreme Court has directed all states to demarcate and notify buffer zones around each of their tiger reserves within three months. While conservationists say the order would curb commercialisation of revenue land around tiger habitats, tribal rights activists think its implementation will result in repression of forest dwellers by forest departments.

According to the Wild Life (Protection) Amendment Act of 2006, a tiger reserve must have a core or critical habitat and a buffer zone peripheral to it. While the critical habitat is supposed to be kept inviolate for conservation, a buffer zone is needed to ensure the integrity of the habitat with adequate space for dispersal of tigers. It is aimed at promoting co-existence between wildlife and human activity.

Of the 41 tiger reserves in the country, only 26 have notified buffer zones. Notification of buffer zones has been pending in 11 states, including Jharkhand, Rajasthan, Madhya Pradesh, Arunachal Pradesh, and Maharashtra.

“We direct all the concerned states to notify the buffer area as required under the Wild Life (Protection) Act (WLPA), with regard to tiger reserve falling in the states as expeditiously as possible,” said the apex court in its April 3 order.

The court gave the direction while hearing a public interest petition filed by Ajay Dubey, secretary of non-profit Prayatna in Bhopal. Dubey had petitioned the apex court in 2011 to direct Madhya Pradesh to notify buffer zones in all its tiger reserves and ban commercial tourism in critical tiger habitats (see ‘Touristy tangle’). “Unless the core and buffer zones are notified, a tiger reserve is technically not a tiger reserve. This is a pre-requisite for the preparation of the tiger conservation plan as required by WLPA,” says Dubey.

The year before, Madhya Pradesh had notified buffer zones in all its reserves, except Panna. People in Panna have been protesting the notification because they fear it will affect their livelihood. The state’s chief minister, Shivraj Singh Chauhan, too, had publicly announced in October, 2010, that Panna will not have a buffer zone. He said people were more important. After the court’s order, the protests in Panna have become vociferous. A senior advocate associated with the case clarifies that rights and livelihood of the people in the buffer zone are not affected. “It only puts restrictions on land use and certain commercial activities, including tourism and mining. It is the tourism and mining lobbies that are instigating the residents,” he says.

Shankar Gopalakrishnan of Campaign for Survival and Dignity, a non-profit working for tribal rights, thinks the court order is a matter of genuine concern for the forest dwellers. “The law is unclear about what kind of commercial activities will be restricted inside buffer zones. This gives forest departments the scope to assume greater control over forests,” he says. Besides, in most of the tiger reserves which were notified before 2006, the entire area has been arbitrarily declared as critical tiger habitat after the amendment of WLPA. “To notify buffer around that, the department will take more area under its control,” he adds.

As per WLPA, limits of the critical tiger habitat and the buffer zone should be determined on the basis of scientific and objective criteria in consultation with the gram sabha and an expert committee constituted for the purpose. “We do not know of any tiger reserve in the country where this process has been followed. The forest department has arbitrarily demarcated critical tiger habitats and asked people to move out without exploring the option of co existence as required by the law,” says C R Bijoy of Campaign for Survival and Dignity. Even in normal circumstances, it has been difficult for the communities to get the department to follow the legitimate process. With the court putting a deadline of three months, it is possible the voices of the communities will not be heard, adds Gopalakrishnan.

The notification has technical problems, too, says Ghazala Shahabuddin, associate professor at School of Human Ecology, Bharat Ratna Dr B R Ambedkar University in Delhi. Few tiger reserves have the luxury of having enough area for notifying buffer zones. Many existing buffer zones have witnessed large-scale mining, construction of hotels and dams or are boxed in by highways. Additional buffer zones will become redundant if nothing is done to restore the existing buffer zones, she adds.

Wildlife activist Ravi Chellam, however, looks at the order positively. “The decision is not necessarily detrimental to forest dwellers.” If communities and non-profits are aware of the legal provisions of the Wild Life (Protection) Amendment Act and the Forest Rights Act, they can highlight them when the required consultations are not being done. The key impact of the notification would be curbs on land use change. This will stop mushrooming of resorts, which would benefit both the communities as well as wildlife.