In 1995, many in India were outraged to learn that a university in the US was granted a patent to make and sell haldi (turmeric) for its wound healing properties. Patents are usually given to … 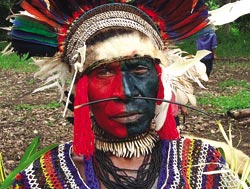 In 1995many in India were outraged to learn that a university in the US was granted a patent to make and sell haldi (turmeric) for its wound healing properties. Patents are usually given to creations that are deemed 'useful' and 'involve an inventive step'. Haldi's utility was never in doubtbut in no way could the US university claim to have invented its wound-healing properties. Indians have known these properties for centuries. But published information on such usage was difficult to get. After extensive search32references to the turmeric's use -- some dating back to more than 100 years -- were ferreted out from SanskritUrdu and Hindi texts. Consequentlythe US patent office revoked the turmeric patent.

The misappropriation of haldi is not a stray case. In the pastnumerous other patents have been granted on genetic resources and knowledge from developing countries without the consent of holders of such knowledge. Some recent examples are patents on quinoa (a common Andean food crop)neem (for is pesticidal and medicinal properties)and kava (medicinal properties). While many of these patents were subsequently revokedthey have put the issue of protecting traditional knowledge into sharp international focus. Howevera global system to protect traditional knowledge is yet to emerge. For five days starting March 152004the Intergovernmental Committee on Intellectual Property and Genetic ResourcesTraditional Knowledge and Folklore (IGC) of the World Intellectual Property Organisation (WIPO) will try to work towards that end. It would be the sixth meet of the committee and if previous experience is any indicatorIGC has an onerous task at hand.
Traditional knowledge first made it to WIPO in 1998. That year its Global Intellectual Property Division undertook several studies on traditional wisdom followed by roundtable discussions. Between May 1998 and November 1999the organisation sent nine fact-finding missions to several countries to ascertain the needs and expectations of holders of traditional knowledge there.

The IGC was set up at the WIPO general assembly meeting in October 2000. Since then it has conducted surveys of national experiences with intellectual property protectionanalysed elements of sui generis systems and carried out a series of studies on legal protection of traditional knowledge. Howeverall this has not translated into a global regime for protecting traditional knowledge. This is largely because the IGC remains a divided house when it comes to devising ways of preserving traditional knowledge. The divisions came into sharp focus during the committee's fifth session that was held in GenevaJuly 7-152003In that sessiondeveloping countries wanted norms to protect traditional knowledge while the developed nations preferred the process of dialogue and analysis to continue. Moreoverthere were divisions within developing nations as well: the Africans insisted on the immediate creation of a legally binding treaty while Asians and Latin Americans favoured joint recommendations on principles which could be later turned into a legally binding treaty. The US strongly resisted this move; consequentlythe meeting ended in a stalemate.

The debate resurfaced again at the 30 th session of WIPO's General Assembly in September-October 2003. Though the positions remained unchangedas a compromise it was agreed that"No outcome of the IGC's work would be excluded in its later meetingsincluding the possible development of a legally binding international instrument." The issue is likely to come up again at the IGC meet in March.
Discord over a legally binding treaty is not the only stumbling block in the creation of a global regime for protecting traditional knowledge. There are also differences on what should be the appropriate forum to protect such knowledge. Many countries feel that WIPO is too 'secretariat driven' and the task of protecting traditional knowledge should be assigned to the World Trade Organization (WTO). The US opposes such a move and often uses IGC'S ongoing work as an excuse for not discussing the issue in the WTO. There is also a strand of opinion which contends that the WIPO is essentially a body that promotes private intellectual property rights -- bringing traditional knowledge within its ambit would result in commodifyng such knowledge.

But then how exactly should traditional knowledge be protected? There can be two ways: defensive and positive protection.

DEFENSIVE PROTECTION: An effective patenting system can check infringement of traditional knowledge holders' rights. Patents like the one granted on turmeric can be rejected by patent ofices at the outset. One way of doing this is by encouraging patent seekers to reveal the origin of genetic resources and the associated traditional knowledge at the time of applying for a patent. Such disclosure can even be made mandatory. The UShoweveropposes this. It argues that compulsory disclosures are incompatible with the Trade Related Aspects of Intellectual Property Rights agreement of the WTO for they create another substantive condition on patentabilitymeaning thereby that a patent seeker would not be granted a patent unless there is full disclosure.

An even more effective way of protecting traditional knowledge is creating databases and registries of such knowledge. Patent offices can then refer to these repositories instead of having to depend on information provided by patent seekers. India is a strong proponent of this measure. Its Biological Diversity Act of 2002 stipulates that local-level Biodiversity Management Committees prepare and maintain registers of traditional knowledge on properties and uses of biodiversity. India is also developing an electronic database -- Traditional Knowledge Digital Library -- that would collate all documented information on the ayurvedic medicine system.

Manyhoweverregard databases with scepticism. They feel that in the absence of global safeguards against biopiracythe library might become a veritable treasure trove for bioprospectors. While they might stop patents like the one on turmericdatabases would be powerless to check biopiracy.

POSITIVE PROTECTION: An even better method is empowering indigenous communities with intellectual property rights over traditional knowledge systems. But such knowledge is rarely writtenwhile patents are only given to creations that are documented. Databases can fit the bill provided traditional knowledge holders are given exclusive rights to regulate access to their contents.

Simultaneously there should also be a compensatory liability regime to protect knowledge that has practical applications but is insufficiently inventive to be patentablesuch as herbal medicines. This regime would strike a balance between the interests of creators of sub-patentable innovations and follow-on innovators by ensuring thatfor a limited periodusers compensate the holders of the know-how they wish to acquire.

Conventional copyrights measuresused to protect cultural expressions and literary workscan also safeguard artistic manifestations of indigenous knowledge. Designs of craft productssuch as furnituregarments or articles of leather or woodcan be protected as industrial designs. And indicationsthat help identify the geographical origin of a goodmay be used to protect products of a special region such as basmati rice and alphonso mango.


A broad set of principles to protect traditional wisdom is emerging globally. The WIPO has compiled them from various sources -- questionnairespolicy statementsnotified national laws and documented practical experiences -- over two years. They include:

Protecting traditional knowledge would provide holders of such knowledge a sense of legal security. Sonegotiating a legally binding agreement would be the best way forward. Howeverin view of political difficultiesthe international community must endeavourto at leastdevelop laws in areas of greater consensus.

With inputs from Priyanka Chandola