Ban Amendment seeks to curb export of hazardous waste by rich countries to the poor, but has not been brought into force since 1994

The meeting of the 10th Conference of Parties (CoP 10) to the Basel Convention, which began in Colombia on October 17, stressed on resolving the legal interpretation of a treaty clause for bringing into force the Ban Amendment.

Participants also spoke on the need to work towards ensuring sustainable financing of the Basel Convention and environmentally sound management (ESM) of hazardous wastes.

Amendments to the Basel Convention are dealt with under Article 17 and 'entry into force' of amendments of the Convention is dealt with under paragraph 5 of the Article. The Ban Amendment, adopted in 1994, effectively bans, as of 1 January, 1998, all forms of hazardous waste exports from the 29 wealthiest countries of the Organization of Economic Cooperation and Development (OECD) to non-OECD countries. But the Ban Amendment is yet to be brought into force.

Australia's Barry Reville set the ball rolling by making the opening remarks on behalf of CoP 9 president, Rachmat Nadi Witoelar Kartaadipoetra of Indonesia. Reville said the objective of the CoP meeting was to highlight waste management as part of the life-cycle of materials and resources.

Recalling parties’ obligation to reduce hazardous waste generation and ensure ESM of unavoidable wastes, he called on parties to consider means to achieve this, including through less hazardous products and industrial processes and the potential economic value of wastes.

Paula Caballero of Colombia was elected the CoP 10 president. She urged parties to support the Indonesian-Swiss country-led initiative (CLI), and send a strong message to the Rio+20 Conference on Sustainable Development to be held next year.

The EU supported adopting a legal interpretation of Article 17(5), requiring three quarters of parties at the time of adoption of an amendment to enter into force (the “fixed time” approach). Colombia, Egypt and Iraq supported the “fixed time” approach. The Center for International Environmental Law (CIEL) said this approach ensures that Article 17(5) fits better with the rules of treaty interpretation.

Norway outlined a Nordic Council initiative to assist countries to ratify the Ban Amendment while Brazil expressed concern on the lack of focus of the CLI on prevention and minimization of wastes. Nigeria, Egypt, Cameroon and Sudan stressed the need for financial resources and technology transfer to implement CLI.

Japan, that has been objecting to the Ban Amendment said that, the Amendment is of a different nature than the other six elements of the draft decision, due to the changed nature of trans-boundary movements and improved recycling technologies. India joined hands with Japan and called for further discussions of the legal interpretation of Article 17(5) in a contact group.

Basel Action Network (BAN), a non-profit that works to prevent the globalisation of toxic chemical crisis pointed out that Ban Amendment was adopted 16 years ago and urged parties to adopt the solution proposed in CLI to facilitate its entry into force.

At the end of day one, observers who are keeping a close eye on the proceedings feel that there is a sense of purpose and buoyant atmosphere that will finally be resolved at CoP 10. This is indicated by the fact that there is a record level of participation, with donors coming forward to support the participation of all 80 developing country parties despite the difficult economic times. This, they said, is in stark contrast to recent Stockholm and Rotterdam CoP meetings, where developing country delegates lamented record low levels of participation due to crippling financial constraints. 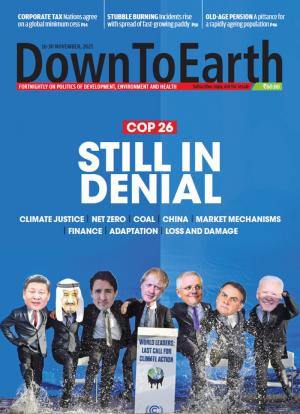