Treatments for patients infected with the Ebola virus are still in early stages of development, says expert body 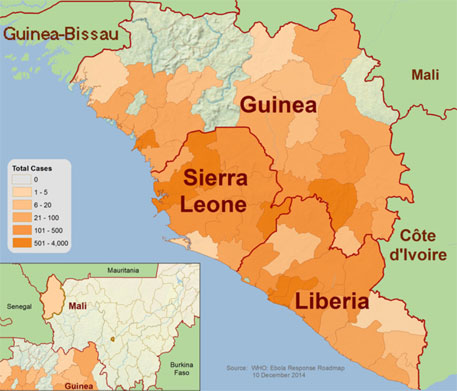 With more than 6,000 deaths in the present outbreak of Ebola in West Africa, scientists across the world are left with no other option but to speed up the trials of vaccines they have been working on.

However, if a review by European Medicines Agency (EMA) is to be believed, the news is not very good. The experimental Ebola treatments are still at early stage of development and their safety and efficacy cannot be assured as of now. “At this point in time there is not enough evidence for any of the experimental therapies for Ebola Virus Disease to draw conclusions on their safety or efficacy when used in Ebola patients,” adds the review.

“Treatments for patients infected with the Ebola virus are still in early stages of development,” notes Marco Cavaleri, head of anti-infectives and vaccines at EMA. “We encourage developers to generate more information on the use of these medicines in the treatment of Ebola patients. We will review any new information as soon as it becomes available to support the response to this ongoing public health crisis.”

At present, various global pharmaceuticals are in the race to successfully produce a vaccine against the deadly virus that has not only claimed lives in the African region but also affected a few in the US and Spain. The giants include Johnson & Johnson, Merck & Co and GlaxoSmithKline and the completion of trials is expected to take some more time.
How far is the vaccine?

A few days ago, it had been reported that clinical trials of an Ebola vaccine developed by Merck and NewLink had been halted temporarily after volunteers complained of pain in joints. The trials will now resume in January.

However, another trial by the US National Institutes of Health has described its results as “promising”, raising hopes that protection from the deadly disease may be on the horizon, says a CNN report.

While scientists are busy conducting the long-awaited trials, the world waits in eagerness for a vaccine that can save people from the deadly Ebola.