Down To Earth speaks to Ravindra Adusumilli of the Revitalising Rainfed Agriculture (RRA) Network, India about government policy on tackling land degradation in the country 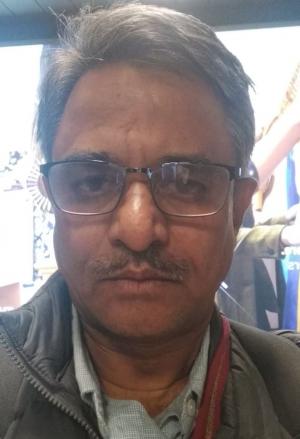 Ravindra Adusumilli, board member of the Revitalising Rainfed Agriculture (RRA) Network, India, a group of pan-India non-profits, talks to Down To Earth about his objections to the government’s approach on dealing with desertification.

How do you see the government’s present approach towards managing and restoring degraded lands?

One aspect that is puzzling to us is (Union Minister for Environment, Forest and Climate Change) Prakash Javadekar's announcement of setting a target to restore 50 lakh hectares (ha) of degraded area. If we look at land degradation, it happens on three types of lands — forest and revenue land owned by the government, private fallows and agricultural land. It appears that the government's focus is mostly on the forest and revenue lands.

The maximum land degradation is in agricultural areas, particularly rainfed ones (41 million ha or so). That is almost double the forest areas.

Talking about restoration of land degradation in India without addressing the issues of rainfed agricultural areas would be scratching the surface of the problem.

The second issue is related to strategy for arresting land degradation. Conventionally, the schemes that the government comes up with are mostly plantations (afforestation) and soil and water conservation works.

Every year, every state plants a record number of saplings. There is hardly any assessment on how many really survive.  And, it has become almost a norm to formulate schemes with lofty targets and in ‘convergence’ mode and finally leave it to the Mahatma Gandhi National Rural Employment Guarantee Scheme (MGNREGS) to invest.

Historically, the watershed development programme itself evolved moving away from relief, employment, works, and assets, to more of investing on mobilising, organising and preparing communities to plan and implement comprehensive restoration of degraded lands over a five-year period with professional support of agencies. In forests too, regeneration was successful only where communities were given rights and came forward to protect.

Land degradation in rainfed agriculture is more alarming. This is where investments need to be backed up by a good support system to make agriculture viable for farmers.  MGNREGS is necessary but NOT sufficient in itself to restore large tracts of degraded areas.

The third issue is related to the commitment to arrest land degradation / achieving Land Degradation Neutrality (LDN). It must be proved by investment and formulating long-term action, with facilitation and with financial commitments.

A large number of these are small and marginal, who manage their livelihoods through income from wage labour, MGNREGS and migration. Whatever little surplus they generate through these sources would be devoured by crop failures, failed borewell investments and droughts.

Rainfed agriculture will not provide sufficient surplus for farmers to invest on taking care of the land / soil; neither do they have much family labour available for working on their own land. Farmers may feel guilty of abandoning the Dharti Maa; but they cannot invest.

Whose land is it anyway? A farmer may ‘own’ the land today, but may sell it off to another tomorrow. Whose loss is it if the land is degraded and farmer would / could not take care of its health? Individual ownership is only tenurial. In the long term, the country needs healthy land and healthy soil and therefore, must invest on their health.

The fourth issue is related to reconciling health of land or soil with the action framework. Plantations and mechanical works like soil conservation-dominated action on land degradation won’t survive over longer (more than 3 to 4 years) periods if they are not regularly maintained.

What sustains the health of land and soil is the 'life' in it. We pay least attention to sustaining life processes in the soil. A 'Living Soil' with its multiple processes of recycling organic matter, enabling soil aggregation, supporting numerous microbial organisms will naturally keep vegetation healthy and reduce the need for high investments on mechanical structures. Soil organic matter in rainfed areas and natural regeneration in rejuvenating forests / commons are more efficient in the longer term.

This aspect has been bypassed in the current approach of watershed development. Regeneration of degraded lands / soils is nearly impossible to achieve without diverse crop systems that turnout at least one-third of organic matter to soil and cover it for longer periods.

For how long has soil been covered and how much organic matter has been turned over into the soil are the two metrics for sustainable land management which are conspicuously missing in the current approach of watershed development.

We need a different technical outlook on the watershed development strategy and shift to investments on processes that strengthen biology and life systems and away from the conventional mechanical conservation measures.

We must have a comprehensive rainfed crop systems approach to fighting land degradation rather than a 'soil conservation' approach. This has been the lesson that the RRA Network has learnt over a decade of its work across the country.

What is the importance of the watershed programme when it comes to handling land degradation?

India has never taken land degradation and the people depending on those marginal lands seriously.

Whatever was built over a period since the 1980s, has been dismantled of late. The watershed programme is on its death bed, starved of any investments. Two factors contributed to this: Increasing the state's ratio on investment from 10 to 40 and merging it with the Pradhan Mantri Krishi Sinchay Yojana (PMKSY).

No state government wants to invest on land degradation as the mega-irrigation schemes have dominated the public discourse in the past. Not realising the rubric of the watershed development programme, they were brought under the PMKSY where the Accelerated Irrigation Benefit Programme devoured all resources and what was allocated was a pittance. The present allocations only allow completion and closure of past programmes, if at all.

What kind of commitment are you expecting from government in COP14 for achieving LDN?

I would rather answer as to what the RRA Network expects the government to commit for achieving LDN:

1. Bring a focus on comprehensively addressing issues of rainfed agriculture as central to the LDN. This will have very high complementary benefits in terms of mitigation benefits in carbon sequestration, addressing farmers' distress and poverty in addition to achieving LDN commitments. Of course, this must come along with making tribal communities and others living on the fringes of forest areas partners in regenerating commons and forests.

2. Shift from the conventional 'mechanical' approaches to 'life' / biological approaches. Evolve a comprehensive strategy integrating communities and their concerns/ livelihoods.