‘Our injunction won’t lead to the depletion of ground water’

Down To Earth speaks to KR Jaithran, chairman of the Kodungallur municipality, about its new injunction to plant two fruiting trees in the premises of any new building built within the municipality’s jurisdiction after June 5, 2019

Kondungallur, a town near the estuary of the Periyar river in Kerala’s Thrissur district, is in the spotlight for its new rule on building construction. On June 5, 2019, the town’s municipality ruled that any new building constructed within its jurisdiction, would have to plant two fruiting trees within its premises. KR Jaithran, chairman of the Kodungallur municipality, spoke to Down to Earth about the rule. Excerpts.

When was the rule implemented and why?

The theme of World Environment Day (June 5) this year was air pollution and planting more trees to combat it. With this in mind, we implemented this rule on that very day.

How will the municipality implement this rule?

The rule would be implemented in two stages. The first would be at the time of applying for a permit to construct a building. At that moment, the person who wants to construct, would have to demark an area for planting the trees within the planning map.

If the floor area is 1,500 square feet and the land size is more than 324 square metres, it would be mandatory to plant at least two fruiting trees. And if the area of the land and the building is less than these measurements, the owner has to plant at least one flowering plant.

The next stage is when the construction of the building is over. Municipality officials will visit the location and check if the saplings have been planted according to the demarcations provided in the map earlier. After the inspection, the officials would approve and provide a certificate.

Since June 5, 10 people have applied for building construction permits and have marked planting areas in their maps. However, we do not yet know what the nature of the buildings that are to be constructed is — whether they are residential or commercial. We also don’t know whether these proposed building fulfil the size criteria.

Certain fruiting trees like jackfruit are known for consuming ground water. Will this have an adverse effect on ground water levels? 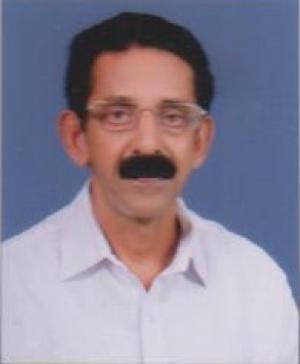 No, absolutely not. Jackfruit trees need water only during the initial stages of growth. Moreover, we receive rains for five months, from June to October. At that time, the ground water gets recharged. Thus, there is no question of ground water depletion.

How are you going to take it forward?

Also, within the land owned by the municipality, we have decided to create a small forest by planting fruiting trees and this work has already started.