‘I’m always in the opposition’

Lawyer and activist, Syeda Rizwana Hasan, who is spearheading the battle against the thriving shipbreaking industry in Bangladesh, speaks to Aditya Batra on the approaches and challenges of environmental advocacy

Why did you choose public interest litigation (PIL) as a strategy for environmental activism?

When we started Bangladesh Environmental Lawyers Association (BELA), the country had just emerged from a long period of martial law. People were distanced from the administration. We wanted to activate the administration and law-makers through judicial pressure. This was not easy because of the general erosion of values of all institutions. 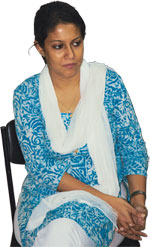 Initially, we approached the judiciary on issues that were not strictly environmental, but on which we could gain public support quickly. Our first case was against election campaigning in old Dhaka. People were fed up with election processions, traffic jams, and loudspeakers blaring 24 hours. The initial response to our petition was: “you have come before the court with dead laws” (l860 penal code). But the court could not deny the facts we presented, so it had to intervene.

It is important to rely on the judiciary because this is an institution that cannot on a whim overrule the law. Earlier, issues like public interest, consumer rights, environment or urbanisation were not making news. We started by providing solutions, very legal in nature. The judiciary’s response was very conservative.

They were unwilling to venture beyond the four corners of law; yet that was enough to shake the system. Now the administration is required to act. Now that we have a 16-year-old democracy, now that the judiciary has been passing progressive judgements, and because now we have been able to find our friends in the media and the government. We have also been able to dispel the fear in people that the law only exists to impose bindings on them. They now approach us for legal assistance.

Have your PILs led to some sort of backlash?

Our society operates on very peculiar systems— the bureaucracy will not perform unless pressure is mounted, either by the judiciary or by the people. But when you apply pressure, they say court interference does not allow them to work freely.

Although the backlash from and criticism of judicial activism is less here than in India, the more we hit vested interests, the louder are the protests. For example, when the judiciary, acting on a BELA petition, directed the secretary concerned to give potable water to the disaster-affected, some Parliament members said it was not the job of the judiciary to tell the bureaucracy when to give water to people. When the court gave judgements against shipbreaking, the environment minister, on more than one occasion, said the development of the country is something that needs to be decided by politicians, and it is not for the judiciary to regulate development.

How do judges in Bangladesh treat environmental issues?

In Bangladesh, as in most countries in the region, environmentalism is often interpreted as anti-development. But in the name of development, you cannot allow a perpetual wrong to continue.

As an environmentalist, I fail to appreciate how you can separate social justice from environmental justice. I strongly argue for closing down the shipbreaking industry in Bangladesh. The counter argument is that at least 10,000 people will lose jobs. But if you protect these jobs by allowing the wrongs of the ship breakers, then the lives of coastal fisher folk are at stake.

Judges here are still a bit conservative. When the Supreme Court of India says something, it shakes the system. Here nothing happens. This is what I face every time. Housing development companies that are filling up the wetlands tell me I will not be able to do anything as the courts will always protect third party rights. Not a single industrial unit has been shut by the courts.

Since I joined BELA, I have been trying to get the courts to relocate the tanneries in Hazaribagh, operating right in the centre of Dhaka. The court says relocate them or shut them. Then the court backtracks and allows them to operate for another six months, without any pollution control devices.

Is that what you call social justice? By protecting the jobs of 3,000 workers, you are killing the entire river system of Dhaka. Industries don’t care about labourers, but when faced with the prospect of shut-down, they put forward the labourers.

Have the media and politicians supported you?

The media are divided. Some are supportive. Some, owned by corporate houses, are anti-BELA and never even mention my name because I have filed cases against their housing projects on wetlands.

When the political leadership is not with you, the going gets very difficult. Even though I have got judgements against shipbreaking, it has not been implemented because the government does not support it. Despite the judgement, they have brought in two ships. I get support from the parliamentary standing committee on environment and forests, of which I am a member, but the minister does not support me.

When the Bangladesh Nationalist Party (BNP) is in power, people say I belong to Awami League (AWL). When the AWL is in power, they say I am a BNP supporter. So I’m always in the opposition.

What is the response of industry groups?

Now that we are better organised, our opponents—shrimp cultivators, housing developers, shipbreakers and garment manufacturers—are also organising themselves. They say BELA wants to shut shipbreaking and shrimp cultivation here because it wants these industries to shift to India. They have written letters against us to Parliament and the authorities. We find the opposition stiffer now than in the initial days.

Is the government responsive to environmental activism?

See, it is a very small society here and everybody is a friend of the other. So, here we don’t see the hostility that you see between the proposer and opponent in Latin America or sometimes in India. 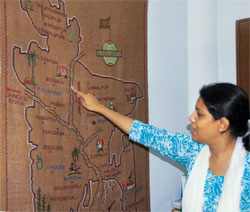 BELA has become a departmental store. We intervene in every issue, which is not a healthy thing. But if we don’t do it, no one else will. The problem here is that the systems do not respond. For the past 16 years, I have been talking about relocating the Hazaribagh tanneries. What not has happened—the government has 21 times decided to relocate the tanneries; they have allotted new plots; they gave money for effluent treatment plants.

The judiciary set a February 2010 deadline to relocate. But they haven’t relocated. You can only go up to a certain level; beyond that the government has to respond and take over.

Here the judiciary and other institutions have not. The courts that threatened stiff action buckled when a powerful member of Parliament appeared as lawyer for the tannery owners. In Bangladesh, like in other small societies, personal relationships matter.

As an environmentalist, what are the three things you wish to see changed?

First, a more responsive and transparent administration. Bangladesh is a young democracy and has a partisan society. The only way to break that is to ensure there is a process under which the government actually responds. If your interaction with the government is made better, then that’s the best thing. It will reduce pressure on the judiciary.

Third, if we do not have watchdog groups to monitor the functioning of the government, if the parliament members blast the press for criticising them, that’s not healthy democracy.

How can environmental activists across borders work together?

I think we should really work together on trans-boundary issues, such as water conflicts. It’s not about irrigation or hydroelectricity, nor is it about taking extreme positions; it’s about the right of the river to flow. I think India is going to take these things seriously now because China plans to draw water from the Brahmaputra. There is a great opportunity now, as regional NGOs are allowed to participate in SAARC proceedings.

Should activists try to bring change from within the government?

Ours is a very divided society in terms of party politics, so when a party comes into power it tends to draw civil society members whom it knows as its people. It’s a new democracy. We still have a long way to go on many basic principles; right to information and participation in the environmental clearance process are two examples.