‘Scale of disaster would depend on where Phailin hits’ 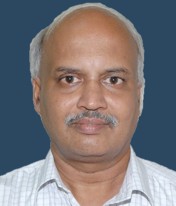 Tropical cyclones are among the most destructive natural disasters of the world. About seven per cent of the global tropical cyclones take form in the north parts of the Indian Ocean. Cyclone Phailin, now declared a super cyclone of size matching Hurricane Katrina, may prove to be as devastating as the 1999 super cyclone of Odisha in which thousands lost their lives. M R Ramesh Kumar, chief scientist and coordinator of Academy of Scientific and Innovative Research of physical oceanography division, National Institute of Oceanography, Goa, spoke to Soma Basu about Phailin and the cyclone vulnerability of Bay of Bengal. Edited excerpts:

On cyclone Phailin and the 1999 Odisha cyclone:

Phailin is quite severe. In fact, from the information I gathered from (the website) weather.unisys.com/hurricane, it looks like a super cyclone. I do not know how we can compare two cyclones which formed during two different times. But the intensity looks like it would match that of the Odisha super cyclone of 1999.

On the likely scale of disaster:

The scale of disaster would depend on which area the cyclone hits. But the maximum winds are of 135 kmph, as of now. It can strengthen or dissipate before it hits the coast.

I would not say that the frequency of the cyclones has increased over the Bay of Bengal. I do not blame it on climate change. The impact of global warming on the cyclonic storms over the north Indian Ocean have been studied using a suite of multiple datasets that includes the NCEP/NCAR Reanalysis, the extended reconstruction sea surface temperature (ERSST) and tracks of storms over the north Indian Ocean for the period 1951 to 2007. Results suggest that the frequency of storms and severe storms do not show a dramatic rise in spite of substantial increase in the sea surface temperature in the Bay of Bengal from 1951-2007 compared to the 1901-1951. This prompted us to conclude that the frequency of storms is related to the changes in a couple of atmospheric parameters over the north Indian Ocean during the global warming period.

It is identified that there is a large decrease in the mid-tropospheric humidity over the Bay of Bengal during 1951-2007. The relationship between the sea surface temperature (SST) over the Bay of Bengal and the maximum wind speed of the cyclonic systems is complex and there is no preferred range for the formation of cyclonic or severe cyclonic storms over the north Indian Ocean. Examination of various aspects related to storms in the present study revealed that warm SST’s alone are not sufficient for the initiation of convective systems over the Bay of Bengal. Atmospheric parameters, such as low-level vorticity, mid-tropospheric humidity and vertical wind shear, play an influential role on the genesis and intensification of storms over the north Indian Ocean. The Bay of Bengal SST has increased substantially during the past several decades over the entire basin, but the warm SST alone is not sufficient condition for the cyclone formation.

On the cyclone vulnerability of Arabian Sea

The Arabian Sea is less prone to cyclones compared to the Bay of Bengal as cyclogenesis conditions are not as intense there.