`A major ecosystem change is on its way'

Adriana Dutkiewicz, senior lecturer at the University of Sydney, was the lead researcher of the team that mapped the ocean floor. She spoke to Kiran Pandey about the importance of the map 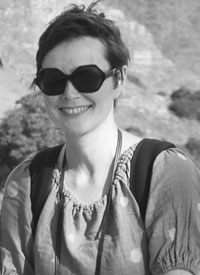 What inspired you to work on this project?

We are dependent on the Earth. Though Earth science is rich in data, it is poor on information. Old, legacy data, termed "dark data" is abundant. It is impossible or extremely expensive to just "recollect" this data.

Our challenge was to reuse the dark data and combine it with new data with the help of modern tools and build a virtual Earth. The project was funded by a science and industry endowment fund project on big data knowledge discovery.

What are the key findings from this study?

Our map reflects the average seafloor environment over at least half a century, if not longer. Oceanic uptake of carbon dioxide drives the carbonate system towards increased acidity, making it harder for many marine organisms to build shells or skeletons. This means that production of marine calcium carbonate will decrease in the future, leading to a major ecosystem change. At the same time, global warming will lead to nutrient depletion in surface waters, making it harder for diatoms to grow. They will be progressively replaced by smaller phytoplankton that produces less oxygen and generates less organic mass that gets deposited on the sea floor, making the ocean carbon pump less effective. This is the first time machine-learning experts and geoscientists have worked together.

Did you notice any interesting facts about south Asian region?

Compared to earlier maps, we found that clay occupies a considerably larger area around eastern and western south America and is significantly more abundant in the Indian Ocean. Clay is dominant within the south Australia Basin but does not spread into the Southern Ocean as shown in older maps. Also a body of sand, southeast of Srisc Lanka, was not captured at all by the old map.

How is this discovery useful for geologists and climate scientists?

Our new methodology and map forms the basis for making similar maps through geological time. This would allow us to better understand how past global climate fluctuations are reflected in changing sediment distribution on the seafloor through time. This, in turn, will help us to understand how the marine carbon pump may change during future global warming. Our research opens the door to future marine research voyages aimed at better understanding the workings and history of the marine carbon cycle.