‘The role of the state should be pragmatic, not ideological’

Calestous Juma is professor of Practice of International Development and faculty chair of Innovation for Economic Development Program at Harvard Kennedy School. A technology and development expert in Africa, he has recently published a paper, titled “Complexity, Innovation, and Development: Schumpeter Revisited". In his research, the author insists that the world is increasingly deriving its inspiration from the work of Austrian-American economist and political scientist Joseph Schumpeter, whose seminal 1911 book, The Theory of Economic Development, outlined a general framework for understanding the role of innovation and entrepreneurship in economic transformation. The expert talked about the increasing attention that innovation and entrepreneurship are getting in emerging countries. While Schumpeter's critics focused on the importance of central planning, relied on equilibrium models reflected in the role of bureaucracies as economic sources of stability, he focused on the need for endogenous transformation and evolution of economies. The new paper has now stirred this controversy over growth models. In an email interview with Vani Manocha, here is what he has to say about development in world’s emerging economies 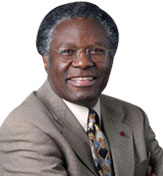 Schumpeter viewed the government as an entrepreneur, but the world debated and rejected his ideas in the 1950s. Some early architects of development studies even deemed it to be irrelevant. Do you think the difference in approach towards this has much to do with the reason behind the difference in economic state of developed and developing economies?

Nations will be hard-pressed to effectively foster entrepreneurship in the private sector. The first step in moving in this direction is conceptual one — overcoming the false dichotomy between private and public sector actors. Innovation is a product of complex interactions between many actors and the state has an important role in a wide range of activities. The role of the state should be pragmatic, not ideological.

As you talk about economic evolution through achievement of innovation and entrepreneurship-driven economies, what do you think is the road ahead for a country like India?

Over the last decade I have been conducting an executive training programme for senior leaders from emerging countries. We have a network of more than 500 alumni around the world. Over 10 per cent of the alumni of the Innovation for Economic Development Executive Program at Havard Kennedy School in the US are now in India. We think that India has made major strides in many areas and the recent creation of the National Innovation Council  under the leadership of Sam Pitroda is an indication of the country's commitment to innovation for long-term economic transformation. India will do better if it can move speedily, create more research and innovation universities that can not only help the country enhance its international competitiveness but also tackle some of the pressing local ecological problems.

In your paper you have agreed that development agencies also need to re-think and re-model their economic strategies with the rejected ideas of the 1950s. Could you give a few examples of such ideas?

There are three major areas that I think require concerted policy attention by emerging countries. The first is massive investment in infrastructure like energy, transportation, water and irrigation, and telecommunication. In telecommunications, the emphasis should be on broadband and satellite technologies. The second example is of creation of research and innovation universities that not only foster economic competitiveness, but also promote sustainability in their localities. Some of these universities must also be called upon to help emerging countries respond to the challenges of climate change. For example, we are working with Ecuador to help create the world's first cocoa university that will focus on assisting the $100 billion industry adjust to climate change. This model can be adopted for many other crops. Third, we stress the role of entrepreneurship both in the private and public sectors. This is because entrepreneurship enables societies to identify emerging opportunities and harness them for human and environmental improvement. I am particularly interested in technology entrepreneurship that involves leapfrogging in sustainability. Technologies related to renewable energy such as solar and wind are a good examples of these.

Is technical education changing things for emerging economies like Ghana and for how long do you think they will continue to be at the tail end of the product cycle?

As I argue here, Africa can take advantage of being a latecomer and move rapidly by using existing technologies. But to do this, it will need to invest quite heavily in engineering education. The political will for such investments is starting to emerge. As African leaders focus their attention on long-term inclusive and sustainable growth, they are increasingly paying attention to technical training as reflected in the draft African Union's Agenda 2063. It is a long journey for Africa but the first steps are being taken.