US, epicentre of unequal wealth

As the US completes 50 years of its "war on poverty", the country does not have much to celebrate, thinks JOEL BERG, an expert on hunger and poverty in the US. The executive director of the New York City Coalition Against Hunger tells Jitendra that the superpower continues to struggle with hunger, homelessness and unequal distribution of wealth. Edited excerpts 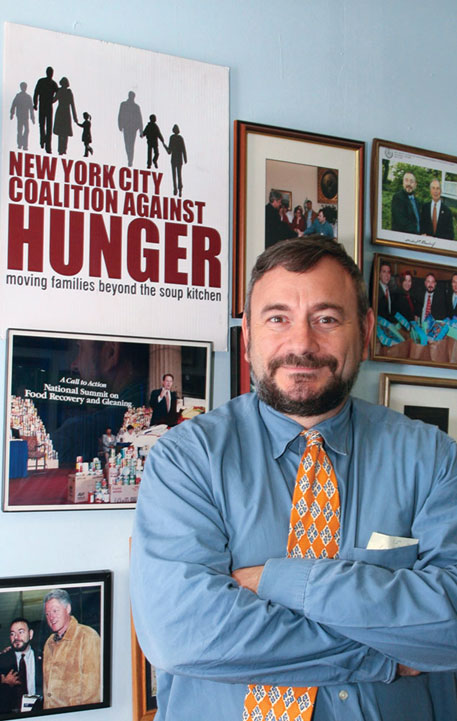 US President Lyndon Johnson started the "war on poverty" in 1964. Fifty years later, where does the country stand?

We are better off than India but worse off than other developed Western nations. The "war on poverty" was a success initially as the US had reduced its percentage of poor by half between the 1960s and 1970s. This happened because of a series of key programmes that were undertaken to alleviate hunger. The programmes were targeted at women, children and the elderly. Yet, 49 million Americans, or 15 per cent of the population, are hungry today. In contrast, Scandinavian countries, such as Sweden and Denmark, have handled the problem of poverty effectively. The number of homeless in these countries is just a few hundred. This has been possible because they have regularly changed their policies for the poor and homeless.

The US government has given out a message that poverty can be solved through charity and NGOs. But this is not true. The government needs to introduce better policies to eradicate poverty. We also need to understand that having hungry workers is bad for the economy. So, big companies should come forward and ensure that their workers are not hungry.

Is poverty an urban problem in the US? What is the situation in rural areas?

Yes, the majority of the poor are urban. This is because, unlike India, urbanisation in the US happened 50-100 years ago. But the perception that poverty in the US is an urban problem is not true. In fact, some of the poorest regions are rural, such as the backward areas of Appalachia and Mississippi, which are notorious for their coal mines and workers’ exploitation. One needs to understand what is happening in the countryside. To compete against India and China, they have mechanised their manufacturing processes, which has rendered a large number of people jobless. Another problem is that gas is very expensive. So, there are food deserts in rural areas, where one can find chips and soda but cannot find fresh water and fresh produce. This is because the areas that produce food cannot afford to ship it to other parts.

There is also a wrong perception that poverty is a non-white problem. The fact is that a large number of white population is also facing poverty.

What is the food security situation in the US?

The condition is poor for a country like ours. I think every person on the planet should have the right to food. No one should worry about feeding their children. A large poor population in the US dies by consuming less nutritious food. The other problem is that a lot of poor people are overweight because they cannot afford nutritious food and rely only on junk food.

Now we have the Gini Index for measuring inequality of wealth (the index measures the extent to which the distribution of income or consumption expenditure among households within an economy deviates from a perfectly equal distribution). In America, Gini Index is higher than that of India, the Dominican Republic and El Salvador.

What are the problems with the method of calculating poverty line in the US?

People in power set the debate on poverty line in a way which is favourable to them. The popular American phrase is: “He who has the gold makes the rules.”

Poverty line in the US is decided by calculating the threshold cash income of a family or an individual. This is flawed. It should ideally take into consideration the cost of basic necessities such as housing, nutritious food and transportation. This is important because the cost of living in the US is enormous. The US minimum wage is $7.25 per hour. So if you work 40 hours (five days) a week at the minimum wage rate, you still remain poor. People are paying $2,500 as monthly rent. So if you earn $15,000 a year and need to pay $25,000 as house rent, you will not be able to afford food. As a result, the poor in the US are mostly homeless and sleep on park benches, under staircases or at shelter houses. While there are government schemes for housing and nutrition, the amount of assistance is not enough for the number of beneficiaries.

Does the US need another "war on poverty"?

It does. We have over 400 billionaires, their wealth is worth $2 trillion. This is more than three times the country’s budget deficit of nearly $600 million. I believe the government can spend more on hunger alleviation. If we want to compete against India , China and the EU, we need to feed our hungry population. The US should ensure that even the poorest get minimum wage because many are earning much less. Forty (out of 50) states in the US have not implemented the minimum wage. Australia has lesser hunger. The minimum wage there is $16, which is more than double of what people get in the US.

The other problem is that the elected representatives are often responsive to the needs of the middle class, which they think is an investment, and ignore the low-income people. Martin Luther King’s anti-apartheid campaign pushed the US government to promptly initiate food programmes and anti-poverty measures. By the 1970s, hunger had ended in America. But now it is back and 49 million people are food insecure.

What should India learn from the US?

India and other developing countries should understand that the US has not had great success in eradicating poverty. So it will be insane to look at us to learn social programmes for poor people.