... and ghosts come to life 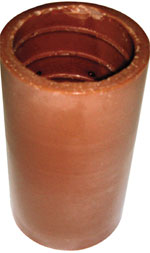 A trove of wax cylinder phonograph records, recovered from a cabinet in Thomas Edison’s laboratory, has been brought back to life after over a century of silence. The cylinders hold the only known recording of the voice of powerful German statesman Otto von Bismarck, who had unified the nation, reported The New York Times.

Recorded by Edison’s assistant Theodor Wangemann in 1889 and 1890, Bismark was heard reciting snippets of poetry and songs in English, Latin, German, and surprisingly, given his involvement in the Franco-Prussian War, a few lines from the French national anthem. The cylinders preserve the voice of a German military strategist and musical treasures like lieders and rhapsodies performed by German and Hungarian singers and pianists at the apex of the Romantic era.

Though the cylinders were found in 1957, the contents remained unknown until last year when the lab curator used a special device to play back its grooves and identified the faint recordings with the help of two sound historians.