If everything goes right, it would be possible to 'store' vital organs to be used for transplants much later 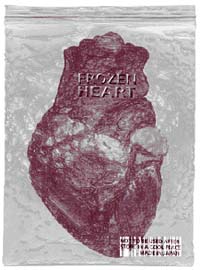 japanese researchers are looking towards tiny, long-living animals for some tips on how to make organ transplants work more successfully. Inspired by these ancient life forms, they have even come up with a new technique to store organs for transplants later, they claim.

The team, which successfully revived a rat's heart after 10 days in storage, says their work might one day lead to 'organ banks' like the blood banks of today. These would help surgeons and doctors avoid the frantic last-minute dash to bring suitable organs straight from donors to the operating table.

Current techniques offer some 30 hours of storage time for organs scheduled for transplants. For organs such as hearts and lungs, the time limit is even less -- just four hours. The central problem in storing organs for an extended period of time in cold storage is that water damages cell membranes at these low-temperature freezers. Removing the water from tissues can prove just as damaging.

Looking for a better way to store these disembodied organs, Japanese researchers Kunhiro Seki and his team from Hiratsukashi, Japan, studied creatures called tardigrades. Tardigrades can withstand extreme conditions by losing most of the water in their bodies. Dehydrated, these creatures can then go on to live up to a hundred years or more. When water was added to a dried-out moss kept in a museum for over 120 years, these tardigrades were found crawling all over it.

To do this amazing feat, the tardigrades use a sugar called trehalose that helps stabilise their cell membrane structures. "This suggested that the physiological mechanism for preservation and resuscitation of tardigrades could be applied to the preservation of mammalian organs," says Seki.

To find out if this was really possible, the team flushed rat hearts with trehalose solution before 'packing' them in silica gel to remove the water from their cells. The hearts were then immersed in perflurocarbon, a biologically inert compound, and stored in airtight jars at 4 c . Some 10 days later, Seki's team took the hearts out of the jars and resuscitated them. Within 30 minutes, they were beating again. Measurements of their electrical activity suggested that the heart cells had survived, intact.

Seki thinks that the trehalose and perflurocarbon replace the water in the cells, preventing tissue damage. He now plans to repeat the experiment with a complete autopsy to confirm that the tissues are preserved. The researchers also plan to demonstrate the procedure with other animal organs and prolong their storage for up to a year. Seki hopes that within a few years, the technique can be upgraded to preserve human organs.

"The implications of this research on transplant patients could be huge," says Vanessa Morgan, chairperson of the uk Transplant Coordinators Association. "It could lead to planned, elective operations rather than emergency surgery." She adds that recipients could have a greater choice of donor organs, improving their chances of a good match. But she warns that the quality of the transplant organs must be maintained during their long-term storage. "The condition of these organs is critical and I would not want to compromise quality for time."