Adenovirus could be helpful in preventing cancer 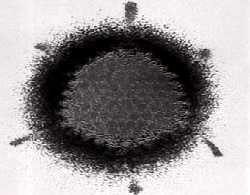 the 'adenovirus' that causes common cold may be effective in treating cancer patients. This novel treatment for cancers of the head and neck has yielded interesting results in its early trial. Unlike the traditional methods of surgery, radiation and chemotherapy, the new agent of cancer treatment is very common. The trial has been reported by researchers of Onyx Pharmaceuticals, Richmond, California, and other collaborating institutions.

They conducted studies on 16 patients with head or neck tumours, and who had failed to respond to surgery, radiation, and chemotherapy. Although the trial had been designed to test the safety of the new agent, it produced significant results in destruction of tumours in four patients whereas improving the cases of other patients. According to researchers, the main feature of this virus is that it can reproduce only in tumour cells and not in the body's normal cells.

The new treatment depends on the insight gained recently into the biology of tumour cells. All cells possess a suicide program that can be activated when the cell's genetic apparatus has been damaged, as in the case of cancer. But in many kinds of tumour cell a protein called p53, which triggers the suicide program, has become inactivated.

Frank McCormick at the University of California, San Francisco, says the virus should be able to thrive in tumour cells which have inactivated their p53. It may prove to be a novel way of treating certain cancers. Tumours that respond to chemotherapy usually shrink from the outside in, but in the adenovirus trial the pattern is different. The adenovirus explodes the tumour from the inside out, he says.

The trials have so far shown an encouraging result, however, the researchers are now trying to ascertain the benefits of the treatment. The next step of the trial would be to study the effectiveness of the treatment alone as well as with chemotherapy.