A dig at scientists 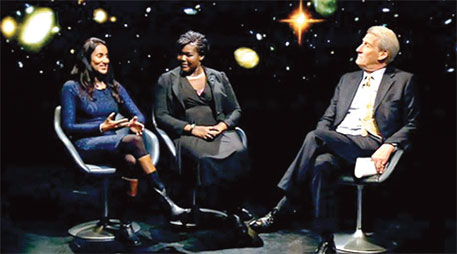 The University College, London, has written an open letter of protest to the Daily Mail’s editor, Paul Dacre, about a “profoundly insulting” article that appeared to question the credibility of two of its scientists. The article used the scientists’ appearance on BBC’s Newsnight to have a dig at the programme’s “Guardian-trained” editor Ian Katz, who, it said, “is keen on diversity”. The article added, “So, two women were invited to comment on the report about (white, male) American scientists who have detected the origins of the universe—giggling Sky at Night presenter Maggie Aderin-Pocock and Sri Lanka-born astronomer Hiranya Peiris.”

David Price, the college’s vice-provost for research, said: “She (Peiris) is a world expert on the study of cosmic microwave background, with degrees from Cambridge and Princeton. Dr Aderin-Pocock is a highly-qualified scientist and engineer with an exceptional talent for communicating complex scientific concepts...” Price said the study in question was conducted by a diverse group of researchers from around the world, not just white Americans.