A dye for data transfer 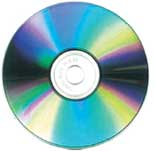 OPTICAL communication has major uses in media, electronic and technical applications which go unnoticed by most. For example, it is the basis of laser and LED technology.

Improvement can lead to advancement in areas like medical bio-imaging, new generation televisions or cell phone displays, as well as light or motion sensor technology.

Optical communication utilizes light as the primary transmission medium in which a transmitter encodes a message as a signal that is transmitted via a channel to the receiver. In the channel light travels across optic fibres. During transfer of light energy from one fibre to another, the message must be converted to electrical energy at a point called the “switch”. It is here that energy is lost.

One caveat of existing materials that make the switch is that they absorb or scatter light frequencies. Organic materials are known to be superior to inorganics in terms of speed of transmission, optical clarity and minimal loss of signal. Joel Hales from the Center for Organic Photonics and Electronics at Atlanta in Georgia, USA, said, “Most molecular materials examined to date exhibit unacceptable optical losses, resulting from light absorption and from scattering.”

In a study published in Science on March 19, Hales’ team reported the development of a modified structure of organic polymethine dyes, which include cyanine dyes, that allow optimal light passage with minimal energy loss. Cyanine-type dyes are used to dye CDs and DVDs giving them a green or purple tint. They contain a chain of carbonhydrogen atoms or methine (CH) units susceptible to breakage if too long. To take care of this weakness, Hales’ team introduced selenium (Se) molecules. The molecules fitted into the the terminal groups in the polymethine dye structure, altering its properties dramatically.

This approach showed no breakage in the C-H chains, no matter how long, unlike other cyanine-systems. Photon absorption analysis showed the energy losses had reduced. “The development of more efficient materials for optical switching can revolutionize communications since they can theoretically increase current data transmission speeds 20-fold. It means that one could record on photonic material like CDs and DVDs in a few minutes alone,” said Prasanna Venkatesh, phycisist at McMaster University in Canada.