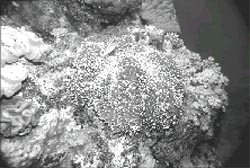 the maximum fine for damaging Australia's Great Barrier Reef has been increased tenfold to us $571,000. Robert Hill, the country's environment minister, said that any vessel polluting or illegally fishing in the marine park would be liable to pay the fine. Penalties for other offences such as picking up corals from the park remain the same. "The government is serious about protecting the reef and the livelihood of honest fisherfolk," Hill said. The Australian Conservation Foundation ( acf ) has hailed the move as the previous fines did little to protect the reef. "We hope that these penalties will send a much clearer message," claimed John Connor, acf campaigns director. The Great Barrier Reef marine park covers the biggest coral structure in the world. Recently producers of a us television show 'Survivor' issued a public apology after two cast members took corals from the reef as souvenirs during the filming.