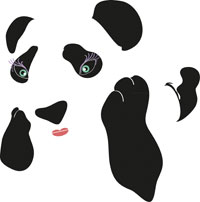 BBC has caused furore by choosing a panda as one of its 12 women of 2011. Tian Tian (aka Sweetie) was selected by the BBC magazine for its faces of the year 2011. The men’s page included the actor Colin Firth and prospective Republic presidential nominee Herman Cain. Sweetie, staying at Edinburgh zoo, is on loan from Beijing.

Labour MP Stella Creasy said, “Whilst we all love a good panda story, in a year when Christine Lagarde became head of IMF, or Helle Thorning-Schmidt became prime minister of Denmark or even the sad death of Amy Winehouse, its frustrating the BBC couldn’t think of 12 human female faces who have made the news this year.” The BBC clarified, “including Sweetie as one for the annual headline-makers was a light-hearted addition to the list”.