A tomato a day can keep prostate cancer at bay

Men who eat a wide variety of fruits and vegetables have lower risk of developing the disease, a new research suggests 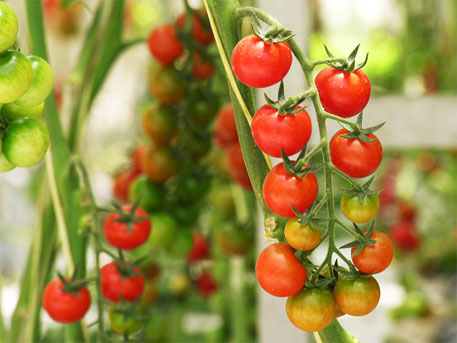 Men who consume more than 10 portions of tomatoes each week reduce their risk of getting prostrate cancer by 18 per cent, according to a UK study.

Globally, prostate cancer is the second most frequently diagnosed cancer and sixth leading cause of cancer death in men.

To assess if dietary and lifestyle recommendations for cancer prevention by the World Cancer Research Fund and the American Institute for Cancer Research actually reduce the risk of the disease, researchers at the Universities of Bristol, Cambridge and Oxford looked at the diets and lifestyle of 1,806 men aged between 50 and 69 with prostate cancer and compared with 12,005 cancer-free men.

Men who consumed more than 10 portions of tomatoes or tomato products (which is rich in antioxidant lycopene that protects against DNA and cell damage) each week saw an 18 per cent reduction in prostate cancer risk.

“Our findings suggest that tomatoes may be important in prostate cancer prevention,” said Vanessa Er, from the School of Social and Community Medicine at Bristol University. However, further studies need to be conducted to confirm our findings, especially through human clinical trials. And men should still eat a wide variety of fruits and vegetables, maintain a healthy weight and stay active, says the study published online on July 13 in the peer-reviewed journal Cancer Epidemiology, Biomarkers & Prevention.