A treat of lime 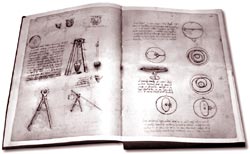 the yellowish-brown look on old manuscripts and books gives them a touch of mystique, but it proves devastating for the paper. Now, a team of scientists at the Italy-based University of Florence have found an effective and ecofriendly way of preserving historical documents by using nanoparticles of slaked lime.

Acids used while making paper or those present in the atmosphere degrade paper. They slowly break down the cellulose fibres of paper, making it yellow, brittle and weak. These acids degrade manuscripts made from shredded rags as well as those made from wood pulp. Currently, museum conservators and librarians use chemical treatments to prevent or retard this degradation.

A common method, the book-keeper process, involves scattering grains of magnesium oxide over the paper. These stick to the fibres and react with water to form an alkali that neutralises acids. But one problem is that these grains are quite large, which makes the acid neutralisation process slow. The process also involves the risk of altering the appearance of manuscripts.

But now, P Baglioni and his associates have treated paper with nanoparticles of calcium hydroxide. The grains, each of them only about 200 nanometres across, are mixed with propanol -- a volatile alcohol. The mixture is then sprayed on the paper. Thereafter, the calcium hydroxide grains penetrate the fibres. Once the grains are in the fibres, they react with carbon dioxide in the air to form calcium carbonate or chalk. These chalk grains then act as a reservoir for the alkali that has a long-lasting effect on the paper.

The researchers have tested the process on old and new paper samples, all of which were initially mildly acidic. After the treatment, the samples became neutral or mildly alkaline, thus helping to preserve the paper.